Bystanders and the Need for a Social Conscience 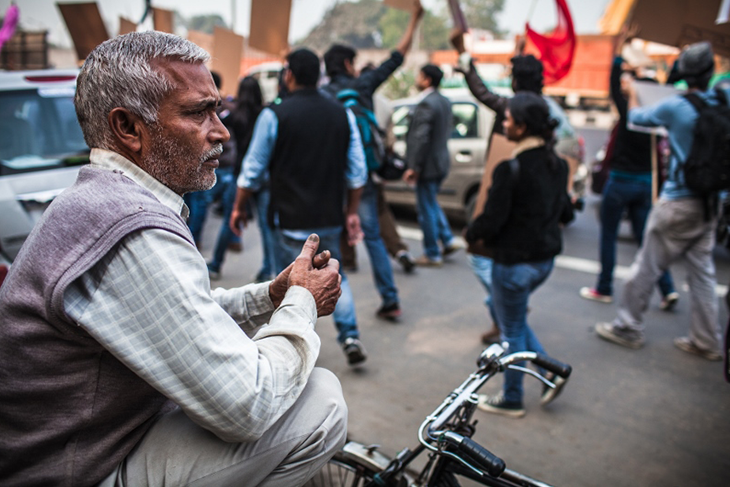 On October 26th, videos of a 12-year-old girl injured and pleading for help from a group of bystanders surfaced from Kannuaj, Uttar Pradesh. People are casually recording videos on their mobile phones as the girl asks for help. But, unfortunately, none of them helps, offers first aid or takes the survivor for treatment until a policeman carries her to a hospital.

Unfortunately, this is not the first among many such gruesome incidents of voyeurism in India. In 2012, a 20-year-old girl was molested outside a bar in Guwahati for a full 30 minutes without receiving any help. After Nirbhaya was gang-raped and left on the road to die in 2012, a significant amount of time passed before a passerby called the police. Nearly a decade later, violent sexual crimes continue to plague our nation, with people just looking on. In 2017, a woman was raped in broad daylight in Vishakhapatnam as bystanders stood and recorded videos of the act. Similarly, in 2018, a minor girl was molested in broad daylight by seven men in Jehanabad, Bihar. None of the witnesses intervened to save the girl.

The bystander effect is where no one intervenes to help a person in trouble in public when other witnesses surround them — usually, the more witnesses, the less likelihood of people helping.  The crowd creates a diffusion of responsibility amongst the other witnesses, who also internally go through the same psychological process.

Children and women have often been reduced to objects to vent frustrations. And with the proliferation of media and news, today’s public appears to be used to frequent attacks against them. In addition, a disconnect from reality in the virtual world of the Internet, a penchant for recording content and going viral for immediate gratification are adding newer dimensions to the bystander effect.

Some countries have made laws to deal with this apathy. For example, section 323c of the German Criminal Penal Code provides punishment to a person who does not offer first aid or assistance to a person in need. Similar laws exist in some states of the United States of America. France also has a Duty to Intervene clause, which states that anyone who fails to help a person in danger will be found liable before French Courts.

The Supreme Court of India, in 2016, gave the force of law to the guidelines issued by the Union Government for the protection of “good Samaritans, … a bystander or a passer-by who chooses to assist an injured person or a person in distress on the road”. In 2021 the Government of Delhi created the “Farishtey Dilli Ke” scheme, encouraging people to come to the aid of road accident victims. Under Farishtey Dilli Ke, the Delhi Government incurs the expenditure for treating road accident victims and provides incentives to those who help them.

Why do we still see public apathy, especially for distressed women and girls, despite the enabling legal environment? A multi-pronged approach is required to reinforce a sense of care and community among us.

ActionAid Association, through its initiative “From Bystander to First Responder”, has attempted to combat street harassment and break the bystander effect in Mumbai and Pune. The aim is to train more than two hundred thousand people, street vendors, construction workers, auto drivers, ICDS workers, and boot polish workers, to intervene safely, when they witness street harassment. The legal dimensions and proven tools to enable safe interventions are taught through the “Stand Up Module”. The programme aspires to build a culture with zero tolerance towards street harassment and violence while also training the potential first responders on response actions. After training about 10,000 people, we witnessed a positive behavioural change in the participants. For example, a tuition teacher helped a student deal with the harassment she faced on a bus, and a woman helped a neighbour deal with a man who would harass her when she washed clothes at the public tap.

Much more needs to be done. As recommended by the Justice Usha Mehra Commission, One Stop Crisis Centres must be set up, effectively running and well-publicized in all districts, if not blocks. Knowing where best to take a survivor should help remove the hesitancy to intervene in most cases.  We also need a popular campaign to eradicate toxic masculinity among men and boys. Feminist discourse must be inculcated in public policies, the criminal justice system, and our education system. Fundamental measures towards ensuring the empowerment of women must be prioritized. These include but are not limited to women’s property rights, increased participation in the workforce, sharing domestic duties between men and women, and heightened political representation. Governments, local administrations, education institutes and civil society must collaborate to bring about this change.