Environmental Education a Must for All 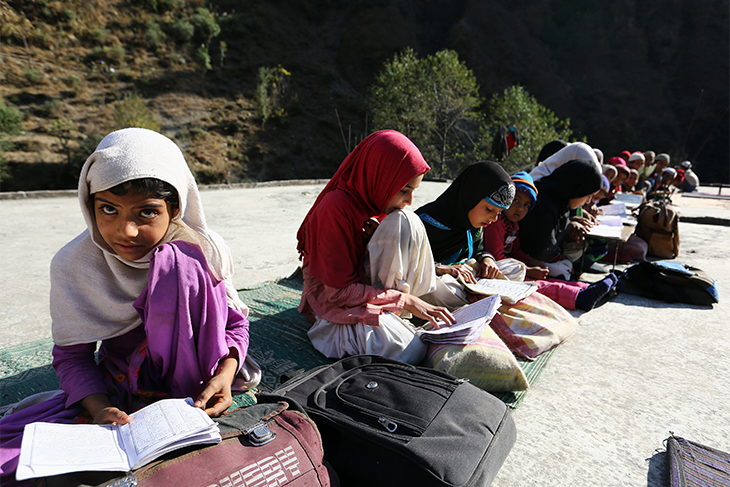 While aspects of environmental education were present within school syllabi for decades, in 2003, a Supreme Court ruling mandated it as compulsory across all levels of education. As a result, the National Council for Educational Research and Training (NCERT) published a model syllabi for classes one to 12. In addition, as part of the processes leading to the National Curriculum Framework 2005, NCERT focused attention on the issue and published a position paper on Habitat and Learning.

These documents provide excellent material to devise education programmes for students in countries of the Global South. Such awareness is much needed because the impact of climate change on earth is being felt most by emerging economies. We need to take action to avoid further catastrophes that will only grow in both intensity and frequency. It is becoming increasingly clear that our collective futures are at stake if we do not alter the current path of economic progress based on over-extraction, pollution and inequality.

A review of 35 countries carried out by the Earth Day Network in 2019 found that only nine, including India, had government-mandated environment education programmes. The survey showed several successes that have evolved over the years but argues that there is a need to enhance global environment and climate literacy. The climate crisis, the report claims, is a significant tipping point for action.

Concern for the environment has been growing worldwide since the nineteenth century, when early protests were made against the smoke arising from the machines of the industrial revolution. However, powerful arguments began being produced in the latter half of the twentieth century. For example, Rachel Carson’s “Silent Spring” spoke about the harmful impact of chemical pesticides in the early 1960s, inspiring generations of activists across the world and leading to the setting up of the Environmental Protection Agency in the United States of America.

Concern for the environment has a long history in India. Many communities have knowledge and wisdom acquired over centuries that are passed on as tradition. The late Anupam Mishra wrote two books on traditional water conservation practices. The Centre for Science and Environment published “Dying Wisdom” to showcase traditional water harvesting systems across India.

The Constitution of India reflects concern for the environment, especially when it calls on citizens to protect and improve the natural environment as one of their fundamental duties.

In India, environmental concerns triggered social movements in the 1970s. Prominent was how women in Garhwal, Uttarakhand protected trees from felling in the Chipko movement. In Kerala, the way members of the Kerala Sasthra Sahitya Parishad (KSSP) mobilised public opinion in the state and across India to stop a hydel power project that would have submerged the Silent Valley – hundreds of acres of tropical forest and rich biodiversity.

While the last five decades have seen some incremental progress and have contributed to deepening understanding, it is also increasingly clear that the pace of learning and spreading awareness is not enough to meet the challenge of climate change impact. Climate change has been a spectre of lost futures and hopes for millions on our planet. A paper published in October 2021 estimates that 80% of our planet’s population has been impacted by climate change. Millions have lost their homes, livelihoods and futures and become displaced persons. Internal Displacement Monitoring Centre estimates that 38.5 lakh people in India had to relocate internally in 2020 due to disasters alone. An ActionAid and Climate Action Network report, “Costs of Climate Inaction: Displacement and Distressed Migration”, estimated that India had 1.4 crore people internally displaced due to environmental disruptions. This number will keep multiplying, pushing more and more of our populace into extreme precarities – where burdens of climate change are borne disproportionately by those who are least responsible for it.

What therefore is needed? We need mass education programmes on climate impact. Campaigns that move beyond schools and reach out at a much larger and more popular scale across the countryside, towns, farms and factories. Education needs to recognise how justice plays a role in environmental protection because those least responsible for environmental degradation have to pay the highest price. We need to understand that environmental protection also means resistance to vested interests within society. Education without action may remain meaningless; we need avenues to apply learning to action in the real world. We need to evaluate the ecological services provided by vulnerable communities, pastoralists, indigenous tribals and other forest dwellers and fishing communities and provide them with state support and recognition. We need to build protective frameworks and policies which balance economic progress with ecological progress. Policies such as Climate Migrants, National Commons (rural and urban) framework and Budgets.

Environmental protection needs the agency of citizens and among them, particularly the young people of our country. They need to be equipped with an understanding of our diverse and complex ecological systems. They need to know how individual, community and class actions can positively impact the survival and health of our natural resources and ecosystem. With this understanding, they need to push for state action and hold governments accountable, or the hope of urgent action will not be realised. Popular education on the environment is a must for all. We need to start with schools and make it a lifelong learning process for all citizens.

Disclaimer: The article was originally published on Education Times. The views expressed in the article are the author’s and do not necessarily reflect those of ActionAid Association.