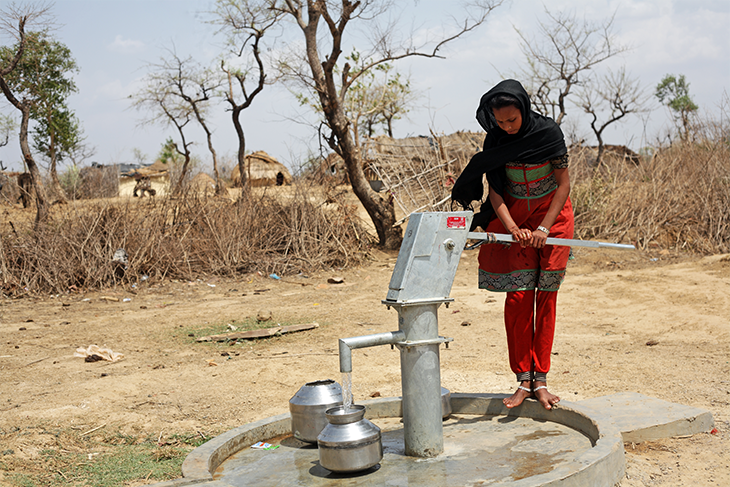 The recently released sixth assessment report of the Intergovernmental Panel on Climate Change once again, and more forcefully this time, confirms that vulnerable populations across the world, and especially in the Global South, are already facing a high impact of climate change. A report which has been described as an “atlas of human suffering and a damning indictment of failed climate leadership” by the Secretary General of  United Nations, Antonio Gueteres indicates a global problem. Already floods, storms, heat and cold waves, rising sea levels, water stress and air pollution disrupt the lives of millions of city dwellers and rural populations. The impact is felt most by the vulnerable and impoverished residents of the cities and the landless agricultural labour, small farmers, pastoralists, tribal and indigenous people and other forest dwellers and coastal communities.

Ironically these are the people and communities who are least responsible for climate change and environmental degradation. We need to ensure that environmental protection and climate action is owned and led by vulnerable communities who are facing the brunt of the impact of climate change despite being least responsible for it.

Public and popular education programmes on climate impact are key. Apart from social sensitisation programmes which are more broadly oriented, and important for children and adults alike, what is needed is localised context specific popular education. These need to be based on local participatory studies. ActionAid Association’s recent researches on impact of climate change in the Sundarbans, on river ecologies under the lockdown  and on pastoral communities indicate both this need as also the fact that long term sustenance of local habitats is based on the people owning a stake in their conservation. Even this cannot be achieved without young persons and women’s participation and involvement. Such involved efforts is the way forward to deal with one of the most critical threats that vulnerable communities of India currently face.

Governance of ecological resources and the environment must centrally incorporate provisions for sustainable economic opportunities for addressing socio-economic vulnerabilities. Poverty it has been said is one of the greatest of “pollutions”. We also need to recognize that those least responsible shoulder the largest costs and burdens even while living in growing precarities. They should not be denied fruits of development and must experience progress in well-being in the short term.

A truly people-centric environment protection policy, will balance short term needs of people with long term concerns of the environment and climate change. There is no denying that active community leaderships, agency and participation will be a key component in reaching this balance.

There is no doubt that the costs of climate action have to be borne, for if we don’t contain global warming urgently, we will all suffer; and communities and people living in poverty in the Global South will face a complete cataclysm.

Environmental protection and climate action needs to be supported by more effective, better funded and responsive Green Climate Fund. While the Global North needs to drastically reduce its climate footprint and pay reparations for the damage done, the huge profiteering classes within developing countries also need to be held accountable. We need to recognize the elite in developing countries as the “Global North within the Global South” which has for decades superexploited labour and nature. They too must pay for the damage done, while also reducing its own carbon footprint drastically. The levy of environmental taxes and wealth taxes may provide deterrence, and could be a needed step to avert an ecological dead end.

There is a need for pro-poor and inclusive approach to environmental protection and climate justice action. More than just social imagery of sustainable life, we need a participatory, decentralized, futuristic and technology-enabled action on planning, building and managing both rural and urban life, which is both environmentally safe and socially just. This can only be achieved when people and vulnerable communities lead climate action and environmental protection efforts.