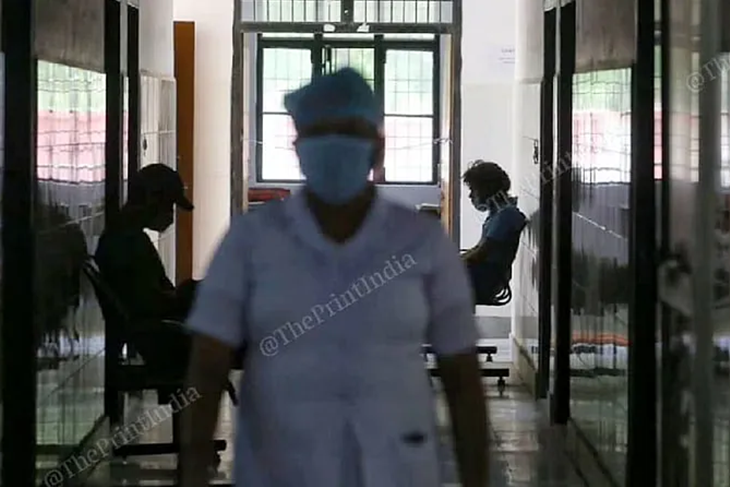 Implementation of the Mental Healthcare Act has been sluggish with Maharashtra having only 8 District Mental Health Review Boards, and UP just one.

A recent news report revealed the dire conditions of a Government Mental Health Centre in Peroorkada, a suburb of Thiruvananthapuram, the capital of Kerala. The living conditions of institutionalised patients were worse than in a prison cell. The authorities kept patients confined in tiny, overcrowded cells with poor ventilation and extreme heat, aggravating their existing conditions with dehydration, decreased sleep, and poor drug compliance, among other issues. The description of the mental health centre, with cells covered with grills and iron bars securing windows and doors, is reminiscent of the conditions of the faith-based mental asylum in Ramanathapuram, Tamil Nadu, where a fire in 2001 had led to the death of 28 inmates.

Overcrowding and confinement are not only disasters waiting to happen but also act as significant impediments to the recovery of persons with mental illnesses. A study on public attitudes to mental health hospitals in 2016-17 in Odisha concluded that the credibility of such institutes has a vital bearing on the negative attitudes that they invoke among the populations they serve.

India’s journey towards attaining accessible and safe mental healthcare has been slow and rife with challenges. Following the global trend to shift away from institutional care to community-based treatment, India has enacted laws to ensure better treatment for persons with mental illnesses.  However, the battle is ongoing and appears to be a long fight ahead.

According to a recent survey by NIMHANS in 2015-2016, 14 per cent of India’s population lives with some form of mental illness, out of which 1.9 per cent suffer from severe mental illness. The survey also noted a stark treatment gap of 72–92 per cent. Mental health reports released by the National Human Rights Commission in 1999 and 2012 mentioned other infrastructural gaps. The survey also cited severe staff shortages, violations of patients’ rights, involuntary admissions and limited treatments. ActionAid Association’s study on mental illness in Kashmir in 2016 also uncovered severe treatment gaps in a valley widespread with mental illness and extremely high suicidality. Out of the 4,000 persons interviewed, only 12.6 per cent could access treatment.

More recently, during the Covid-19 pandemic, mental health needs and gaps were exacerbated. For example, a study of severely mentally ill patients during lockdown found that 80 per cent of patients missed their appointments and failed to contact their mental health professionals, 30 per cent showed features of relapse of symptoms during the lockdown, and 22 per cent stopped their psychiatric medication.

These alarming numbers point to the need for advocacy and evidence-based policy recommendations. ActionAid Association was a member of the National Human Rights Commission Core Group on Health and Mental Health until 2017 and has conducted several research projects and initiatives in mental hospitals in Kashmir, Gwalior, Bhopal, Agra and Ranchi. Learning from these initiatives, ActionAid Association has recommended policy and structural changes to promote mental health.

Loopholes in the law

The Mental Healthcare Act (MHCA) 2017 differs from preceding acts. It treats persons with mental illness equally, protects them from cruel and degrading treatment and makes provisions for community-based treatment. In addition, the law guarantees confidentiality, access to medical records, and legal aid. It also creates barriers against arbitrary institutional care, a practice used by family members against women to resolve disputes.

The Act mandates the creation of regulatory bodies such as State Mental Health Authorities and District Mental Health Review Boards tasked with registering, reviewing, altering, modifying or cancelling advance directives made by individuals.

However, MHCA 2017 does not institute any third-party assessment or monitoring of the human rights situations in mental healthcare facilities. The appointment of an independent human rights monitor would be a transparent mechanism for safeguarding human rights. The Act also misses significant measures for reintegration and rehabilitation of patients with their families. According to a study, one in every four women in mental health centres is abandoned by their families. There is a strong need for a feminist approach to destigmatise mental illness and rehabilitate and reintegrate patients back into society.

As the MHCA 2017 is on the concurrent list, states are meant to frame rules for the implementation of the Act and set standards concerning mental healthcare facilities. These standards ensure no overcrowding, cruelty or poor sanitation of patients and facilities. However, until October 2021, only eight states and UTs had sent draft rules to the Ministry of Health and Family Welfare for approval.

There also exist lacunae in the budgetary allocations. The preceding four Union Budgets had allocated less than one per cent of the total budget to mental health. In the Union Budget for 2022-2023, an increased allocation amounting to 2.18 per cent of the total budget has been made. However, the lion’s share (94 per cent) of the allocation is towards two centrally run mental health institutes; NIMHANS Bengaluru and Lokpriya Gopinath Bordoloi Regional Institute of Mental Health, Tezpur. There is a measly 6 per cent of the allocation (Rs 40 crore) left for the National Mental Health Program, which ensures the availability and accessibility of minimum mental healthcare to all.

For a more comprehensive approach to promoting mental health, we require measures to make family systems more conducive to rehabilitation. Localised mental health centres can facilitate psychoeducation and case management for at-risk families. We need to activate community leaders to destigmatise mental illness and provide financial incentives to community-based structures to enable the rehabilitation of persons with mental illnesses. The use of halfway homes must be increased to reintegrate persons who have recently recovered from mental illnesses.

The swift and effective implementation of the law, independent monitoring of human rights violations, more robust community-based interventions and increased financial allocations are imperative in ensuring that Peroorkada is not the image that comes to mind when one thinks of mental health hospitals. Such an approach will go a long way in preventing another Erwadi-like tragedy and in ensuring the rights and dignity of persons with mental illnesses.

Disclaimer: The article was originally published on ThePrint. The views expressed in the article are the author’s and do not necessarily reflect those of ActionAid Association.