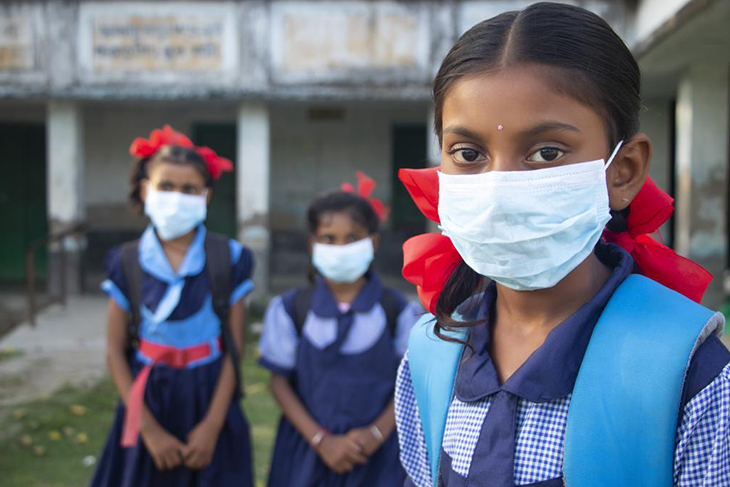 Bringing at par the ages of two genders is considered as an indicator of gender parity; so the legal age of boys for marriage can be lowered to ensure the same

An amendment to The Prohibition of Child Marriage (Amendment) Act, 2006, was introduced in Lok Sabha December 21, 2021, and later sent to the Parliamentary Standing Committee.

The statement of objects and reasons as mentioned in the Bill emphasised the urgent need of tackling this societal issue and to bring in reforms. It is argued that the multiple Marriage Act — the Indian Christian Marriage Act, 1872; the Parsi Marriage and Divorce Act, 1936; the Muslim Personal Law Application Act, 1937; the Special Marriage Act, 1954; the Hindu Marriage Act, 1955 and the Foreign Marriage Act, 1969 — do not provide for a uniform minimum age of marriage for men and women in their present form. This aggravates gender inequality.

The proposed amendment, if enacted, will redefine the ‘child’ to bring the age of marriage for both men and women at par. This will be having an overriding effect on every other law, custom, usage or practice.

The amendment in relation to marriageable age will be effective two years after the Bill receives the assent of the President.

There have been several debates and deliberation on the amendment of the Act, especially on the marriageable age, with an intention to bring parity. The one proposed by the 18th Law Commission of India in 2008 must be taken into consideration for discussion.

The Commission, while preparing the report, examined laws relating to child marriage from different countries and the international covenants that mandate the eradication of child marriage. The Commission recommended that the minimum legal age for marriage for both girls and boys be 18 years.

The Bill amendment presented before the Lok Sabha in the last session is an outcome of the task force set up by the Union Ministry for Women and Child Development in June 2020. The task force was mandated to look into the correlation between the age of marriage with issues of women’s nutrition, prevalence of anemia, infant mortality rate, among other social indices.

The task force in the current amendment has proposed 21 years as the minimum legal age of marriage for both boys and girls. But does it offer a solution to gender inequality or create more ambiguity?

Act like Juvenile Justice Care and Protection and schemes such as Integrated Child Protection Scheme have the scope to extend support to such vulnerable children only up to the age of 18.

So, under such circumstances, will there be no space to provide support to child brides / grooms aged 19-21?

The Protection of Children from Sexual Offences Act, 2012, allows consensual sex at / after 18 years. This implies that a person may have sex after 18, but cannot marry till s / he is 21. This may give rise to other issues such as feticide.

Legislations alone have never been able to keep a tab on child marriages. The National Crime Record Bureau data says that only 785 cases have been registered under Prohibition of Child Marriage in 2020. The number was 523 in 2019 and 501 in 2018.

On the other hand, 23.3 per cent of girls get married before the legal age as captured by National Family Health Survey 5.

The task force has also recommended increasing access of girls to higher education as well as ensuring skill and vocational training. Implementation of sex education is also one of the important recommendations by the task force.

These recommendations, if implemented with letter and spirit, will strengthen the constituency of youth and adolescents and make them courageous enough to say no to child / early marriage. It will also ensure the bodily integrity of the girl child and the reproductive choice.

The law will not be as effective unless these are implemented.

Change of legislation in isolation will not stop child marriage unless there are socio-behavioral changes among parents and the community. Families also need to be provided with appropriate livelihood opportunities.

The Niti Aayog recently acknowledged the Odisha government with SKOCH award for combating child marriage by empowering adolescents and declaring villages as child marriage-free. Such practices need to be replicated by other states.

The Prevention of Child Marriage Bill, 2004, was referred to the Parliamentary standing committee on introduction. The standing committee, at that point, had suggested keeping 18 as the minimum legal age for marriage for both boys and girls.

Bringing at par the ages of the two genders is considered as an indicator of gender parity; so the legal age of boys for marriage can be lowered to ensure the same.

Disclaimer: The article was originally published on DownToEarth. The views expressed in the article are the author’s and do not necessarily reflect those of ActionAid Association.