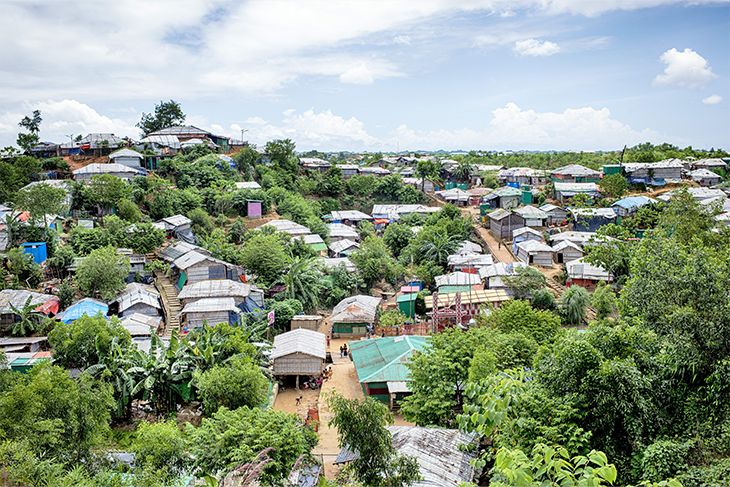 Refugees prefer to stay in cities, but are cities ready for people seeking refuge? Cities offer the kind of anonymity that allows refugees some degree of freedom, unlike in prison-like “camp” situations. It is in cities that refugees hope to integrate better – with the mobility, the relative heterogeneity, and the economic opportunities that urban areas offer. Many seek towns as the best option to provide for their families. World Refugee Day is an opportune moment to see how we can make our cities more welcoming to refugees.

For long years, the dominant thinking has been that the refugee crisis is temporary and reversible with a hope that refugees will return home sooner rather than later. In line with this narrative, refugees have long been housed in camps and camp-like situations. Such confinements allowed for services – especially food, sanitation and documentation, to be more efficient while making it easier for the governments to track and monitor refugees. Camps have also served as bases for further transfers, repatriations and sending back, or eventual integration in host countries.

It is increasingly clear that refugee crises are protracted issues in the modern world; in most cases, they are irreversible. UNHCR estimates that the duration of displacement is already high and increasing further. Protracted refugee situations across the globe last an estimated 26 years on average. Many refugees spend decades under challenging conditions in camps, with children not knowing any other home while awaiting the future. The Global Refugee Agency, UNHCR has advocated member states that camps should be an exception rather than a rule.

ActionAid Association’s work with refugees including in its most recent humanitarian response supporting refugees in Poland and Romania with local NGOs, indicates that a youthful refugee population aspire to stay in cities. Urban areas offer not just anonymity and some freedom but large and informal labour markets offering unregulated openings for work without permits. There are better prospects for self-enterprise and informal work in towns. The availability of affordable shelter, health and education facilities are better in cities, and public services are better developed and, therefore, more accessible.

Given that refugee camps with protracted refugee displacements turn into almost permanent colonies, often away from markets and existing infrastructures, the future geography of refuge may be more and more urban. The idea of remotely located refugee encampments may need to be permanently buried, and planning for refugee settlement in cities should be the reality for a better future.

For now, the cities are not prepared for refugees. They have little experience in making policies and plans for hosting refugees. Since refugees are considered the responsibility of national Governments, cities have not considered the question of refugees in their planning and policy thinking. The recent Ukrainian refugee crisis, for instance, is now pushing towns in Europe to start implementing solutions for hosting refugees. Some years ago, mayors and leaders from United Cities and Local Governments, an umbrella organisation for cities, local and regional governments, and municipal associations throughout the world, met with International Organisation for Migration and organised 150 cities around the world to sign the Mechelen Declaration which contained the “rights of urban refugees”.

While UNHCR recognises that most refugees are in cities and will seek to move there in the future, there is little coordination with the UN agency for human settlements and urban development (UN HABITAT) on what needs to be done to support refugees in cities. Most countries also resist the idea of giving up camps or camp-like isolated settlements since tracking, controlling or repatriating them becomes difficult in cities.

The welfare state needs to step in to care for refugees. Throughout history, refugees have contributed significantly to the growth of nations’ economies, diversities and futures. An embrace of refugees perhaps embodies the path for tomorrow. A call to cities to build solidarity, care and support for amongst the most oppressed members of humankind with scarred pasts and unwelcoming futures.

Such a pathway is about creating social housing facilities, allowing temporary and in time regular work permits, for ensuring refugees are part of all social protection programmes available to members of the country till they choose to go back or onwards.

It is about creating decent work and social welfare, which is universal for citizens and refugees alike. Therefore, a semi-permanent work permit, revocable on onward movement, would be the basis for ensuring that refugees not only can make livelihoods but are not discriminated against and contribute to and make the cities they now seek refuge in as residents. In addition, access to education and health services must be made freely available.

Cities must also incorporate refugees in their planning and make spaces for refugee involvement in their local governance. Community-based organisations must be encouraged in refugee communities to make the principle of participation and consultation more grounded in everyday urban life.

We also need to recognise that those whose flagrant footprints across the geo-politics of the globe have turned citizens into refugees have an accountability and responsibility to bear. Host cities in poorer countries, in addition to support from national governments, would also need international economic help to meet the needs of their newest members. The principle of common but differentiated responsibility applies as also that of equity. A lot needs to be done to prepare cities for refugees.