Solace for the Sovereign Soul 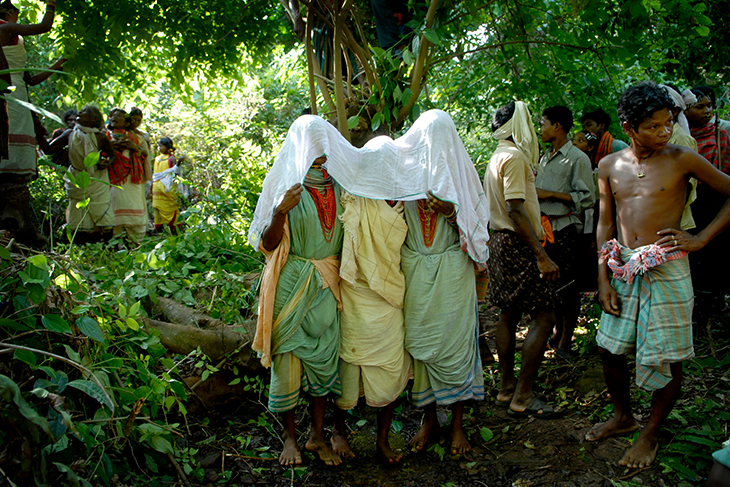 An argument for a new deal with indigenous peoples

We need to recognize that the last five centuries of human progress has meant havoc to the lebenswelt of indigenous people – their world of lived experience. Their suffering continues today, and remains relentless in its intensity and the despair it creates.

Unimaginable precarities in daily living, large scale land alienation, loss and degradation of livelihoods, habitats and natural resources keep pushing the majorities of the indigenous (including also the term tribal peoples) to join the ranks of unprotected, informal wage workers. A recent ILO report reveals that indigenous peoples , are three times more likely to living in extreme poverty than others; and nearly a fifth of the world’s extreme poor are indigenous peoples, with over 86% in the unprotected informal wage sector. Occupying the lowest spectrum in the world of work and in social hierarchies across all the nation states of today, the indigenous are frequently objects of racial hatred and “othering”.

Development programmes that have been designed for them,have done little to address their life worlds and aspirations. Most often they remain the last to receive the benefit of public services, and face multiple barriers to access justice and participate in political processes. Estimates of the Inter Parliamentary Union tell us they represent far below 6% of the parliamentary seats, the percentage their population should entitle them to in representative democracies of today. The last such survey found out that 2.2% of the more than 44,000 parliamentarians were from indigenous communities, and overwhelmingly men.

Violence and oppression was brought to indigenous communities by settler colonisation and other forms of colonisations, and through theft of their land and resources. New studies indicate that colonisation by Europe of the indigenous people of America for example, led to the demise of roughly 56 million people or 90% of those who lived in pre-Columbus America. Referred to as the “great dying”, at that time 10% of the global population had perished with occupations, killings and the diseases brought. Similarly estimates from John Harris tell us that in the first ten years arrival of Captain Arthur Phillip in 1788, the indigenous population of Australia reduced by over 80% as a result of violent and disease spreading colonisation. Figures of indigenous and tribal people who perished to violent occupations or were displaced by subsequent “development policies” in several other lands such as Brazil, Ghana, India, Indonesia, and several modern nations of South Americas are lost in time or to selective data captures. But by no stretch of imagination was it a natural “fading away” or integration of indigenous on these lands; rather it was the annihilation for the indigenous peoples.

It would be a great dishonour to the memory of all indigenous women, men and children who perished in struggle and a dishonesty to history, to depict these occupations as march of time in service of progress and nation building.

Over centuries, tribal communities developed unique governance institutions which were both defined by, as well as defined their existence and way of life. Many of these institutions, it needs to be remembered, were built on a strong base of caring and sharing, of solidarity and consensus and a lifestyle based on a strong relationship between nature and culture – and a society premised on cooperation rather than competition.

And it is these rooted peoples’ democracies, that provided the stimulus and the core strength to resist colonisation, repeatedly. From the oral traditions of indigenous communities, and from the accidental chronicles of early travellers and students of society can be extracted truths, which silences of history have buried – singular and courageous fights of indigenous peoples or the “Indians” in the Americas; of Bantus in South Africa; of the Mundaris and Santhals in India, aboriginal tribes in Australia, indigenous peoples in Indonesia and across the world, who asserted their rights to historical homelands and fought colonisations and violent occupations as sovereign people.

The struggles of indigenous peoples have resulted in a governance system, where tracts of lands are set asidehomelands of tribal communities. This has been embodied variously in the shape of promises of Indian Reserves in Canada, the outstation or homeland movement in Australia, the indigenous territories in the Amazon, the Native American Reservations and Territories in the USA, or Schedule V and VI areas in India. In several countries these promises or treaties formed an element of the national Constitutions.

However, the spirit of these treaties and agreements have not been respected in implementation, especially where such promises interfered with the interests of the majorities.Indigenous communities, with six per cent of the global population are custodians of roughly 80 per cent of the planet’s biodiversity. As per World Bank Estimates, they own, occupy or use a quarter of the worlds surface area – and with it, the untapped stocks of natural resources and food crops.

Violent occupations of colonial times have given way to a scramble for grabbing indigenous resources, and new forms of colonisation, and this has also caused a new resurgence of struggle of indigenous self-assertion. Recent instances include the Standing Rock Sioux tribe protesting to stop the Dakota Access Pipeline, the Pathalgadi movement in Chota Nagpur region of India, where through the act of carving orders as edicts on stones, tribal people asserted their right to self-governance; the “Ipereg Ayu” Munduruku indigenous people’s resistance against illegal gold mining in Amazon which was recognised with the 2015 United Nations Development Program’s (UNDP) Equator Prize or the 2017call of Aboriginal and Torres Strait Islander tribes of Australia for sovereignty, fleshed in their Uluru statement of from the heart.

There is a strong argument that if their autonomy and way of life is respected, then the custodianship of planet Earth’s biodiversity in the hands of indigenous communities may avert both a socio-economic, as well as an ecological crisis. In doing so, the world would also see an end to the saga of continued suffering for the indigenous peoples.

Without getting trapped into the colonial reductionism of the noble savage or the brutal savage, or for that matter into the limits of savaging the civilised, we need to recognize that the world of indigenous communities is anchored in solidarity and cooperation, and their socio-economic organisation offers a different pathway of living together, well and differently. Their traditional knowledge can provide new impetus to modern science and technology. Their relationship with naturecan provide an alternative to the economic impasse our resource extractive consumption hungry economic model has led us too. In the Andean indigenous peoples ontology the term community encompasses nature as well as culture, ending the dualism we have from the western world, and thus placing a different compass for ethics, morality, social and economic progress in terms of “buen vivir” i.e. living well and being well, an idea which the indigenous peoples and their parties got adopted to the Equadorian and Bolivian Constitutions to start reshaping the purpose of public policy and nation building with. It is not just the plain “ownership” right over homelands in its commodified rendering, but with it the idea of custodianship in the interests beyond the social world.

Therefore, the agency of tribal and “indigenous” people thatemphasises their rights over habitats and historical homelands in this inclusive sense, and their own systems of governance, land and resource use patterns advances a great opportunity for our society, while also giving momentum to the unfinished and awaited task of decolonisation. A task, whose fulfilment would liberate into a world of justice and equality, a large mass of humankind.

In the face of centuries of agony, this is the solace the sovereign indigene soul is looking for.

At this stage, modern nation states could do well to undertake steps to restore the dignity and identity of indigenous peoples of the world. While their rights and identities have been trampled by colonialism and occupations, and the long march of history cannot be altered now, what is important to is to recognise, acknowledge fallacies, pay homage and correct futures.

The several millennia old link that indigenous people, and their unrecognised, yet continued civilisation has had with the planet Earth, should not be severed for the sake of wisdomthat are only a few centuries old.

We could begin with truth-telling about the times gone by – a recognition of the glory and sacrifice of indigenous people, an acknowledgement of the oppressions they have faced, accompanied by an open call to jointly develop futures together with indigenous communities. New treaties need to be developed and nourished by the essence of what indigenous communities now want, forming the base for further development of those rights in Constitutions. There should be a timebound commitment for a public policy that would seek to nourish the sovereign soul of the indigene. As the Uluru statement of 2017 called “This sovereignty is a spiritual notion: an ancestral tie between the land, or “mother nature”, and the Aboriginal and Torres Strait Islander peoples who were born therefrom, remain attached thereto, and one day must return thither to be united with our ancestors… a basis… of sovereignty. It has never been ceded or extinguished.”

The new deal with indigenous communities across the worldmust see the blossoming of this sovereign soul. It is only then we will see the birthing of a just, equal and sustainable world in balance with nature, and at peace with itself.

Disclaimer: The article was originally published on BO Herald. The views expressed in the article are the author’s and do not necessarily reflect those of ActionAid Association.