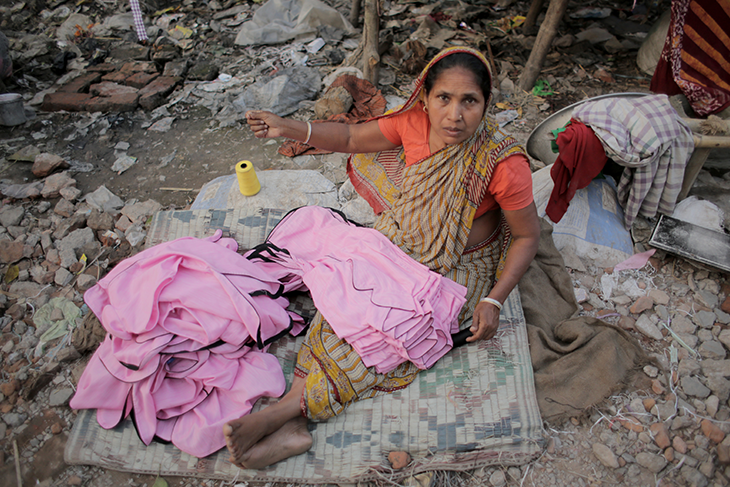 Workers live in an increasingly fragile and vulnerable world

The pandemic has increased inequalities, with the super-rich getting much richer, and the poor, poorer. As we emerge lockdown conditions unemployment, climate change, conflict and wars continue to increase the vulnerability of billions of working people.

In India food inflation and unemployment are high, and while PDS supplies have managed to stave of the worst of starvation, the plight of workers still seem bleak.

The overwhelming majority of workers in India are engaged in the informal sector.  They are what has been termed as “wage hunter gatherers”. They have no security of income, little social security and rights, and no prospects of a better work life no matter how much labour they do.

The vast majority of women workers are in the informal sector. This is in the face of falling figures of labour force participation of women in India. It would be safe to assume that women are being displaced from the organized sector, and denied access to education and technology will keep them confined to lower ends of operations. Women workers, especially in the informal sector are forced to work in the face of inequities of wage and working conditions.

Secular trends before the COVID pandemic has shown low labour absorption, on account of industrial developments such as artificial intelligence and Industry 4.0. Latest reports of the ILO shows that a complex of global crises, including the disruptions of global supply chains and the Ukraine war, may reverse the labour market recovery that had started in the last quarter of 2021.

Let us review history to see what led us to this situation. We can then see if there are alternative paths that could lead us to better futures in the world of work.

The path that has led us to poverty and wage slavery

In the aftermath of liberation from colonialism, newly independent countries created varying degrees of economic transformation. Hinging on public sector driven industrialization, their economic transformation was predicated on growth in the economy through attempts to develop industry, create employment in the public sector and an effort to modernize peasant agriculture. Under the “nation-building” challenges of the second half of the last century, this transformation could be considered as fairly respectable and hopeful.

In East Asian countries, and among them those considered as the East Asian Miracle, emphasis on export-oriented industrialization (and in some others on import-substituting industrialism) created a variety of jobs in the non-farming sector. In countries where this was coupled with land reforms in rural sector such as in South Korea and Taiwan, it led to significant growth and employment outcomes. In India, the seriousness of planned development led to a well-diversified industrial structure within a short period. Together with attempts to modernize agriculture, albeit the latter without a serious basis in land reforms, it created a sovereign national momentum, and a base for economic revival.

However, for most newly independent countries the colonial legacy and the terms of unequal exchange imposed on them by international financial institutions were too much of a challenge for them to overcome. Thus most countries in the global south have found it difficult to end poverty, and incidentally escape the trap of fossil fuels.

The Global North were able to generate significant value and wealth, together with a shift in employment structure away from agriculture.  In this they were enabled by plunder of wealth and territorial control during the centuries of colonial rule. Colonial loot, helped provide ample capital in the hands of the State for investment in public industrialization, and territorial control provided “empty” lands for out-migration. Settler colonialism was the route by which millions of Europeans moved away from their home countries and help in the demographic transition. In the 19th century alone, it is estimated that 50 million people left from Europe to Americas.

We need to recognize that the labour question is deeply linked to the question of agriculture. The resolution of the crisis faced by labour, equally needs a solution to agrarian question. These is especially true given the limited abilities of current industrial trajectories to absorb surplus labour released from agriculture. Thu the previous paths taken by the Global North is not only a historic impossibility, it is not a desired destination given the inequalities it creates and it is also an ecological dead-end to life as we know it on planet Earth.

Even a cursory look across most of the countries in the Global South – in Asia, the Americas and Africa, will show that a vast majority of the population continues to derive its livelihood from agriculture, in many cases despite relatively respectable economic outcomes in the period of planned economic development. However, a complex of factors, resting on the absence of land and agrarian reform, seems this population continue to live precariously, in what has now been lately labelled as conditions of “agrarian crisis”.

Failures to address historical inequalities in land ownership – strongly structured by social factors such as gender, caste, class and ethnicity, and to provision adequate investments and technology to the agriculture sector has meant that distress in agriculture continues, exacerbating with every passing decade and population growth. The distress has created an outflow from agriculture and a corresponding large inflow to the reserve pools of labour.

Thus, to resolve the insecurities faced by labour, we need to ensure that agriculture and rural communities can thrive, making the choice to enter the labour market in the industrial or tertiary sector a choice for people to aspire for. For this we need to give new life to the unfinished agenda of land reforms, distribution of land to landless and promotion of small holder farming. This is the enduring dream to possess “Do Bigha Zameen”. We also need substantial agriculture investments into a range of support structures for small farmers, including credit, research, infrastructure for diverse “agricultures” that we have on our land and an income assurance plan. We need to build on the base of “peasant agriculture” a future of ecological and sustainable agriculture as a path of food sovereignty and autonomy. Collective farming and co-operatives also need vitalisation.

Secondly, we need to ensure that a fair and just world awaits wage workers. This requires the construction of a constitutionally enshrined and justiciable “right to work” with a decent wage promise of no less than Rs 18,000 per month, with provisions of indexation. The labour law regimes should unequivocally ensure equal wages for equal work; the recognition, reduction and redistribution of unpaid care work of women; and a universal social security cover with social security and right to food, education, health, shelter, decent work, pensions, maternity benefits, life and disability cover.

The responsibility for preparing and embracing the future also needs a transformational investment and work on education and skilling on high end jobs to prepare our youth for decent futures. Within the industrial and tertiary sectors to collective enterprise and cooperatives need to encouraged so that the aspiration of workers to “own and manage” the enterprises they work in can also be sustained.

Policy choices made now, at this historical conjecture, will determine the levels of equality and progress our society will achieve in this century.  Importantly this would help in building national happiness for workers in the world of work!