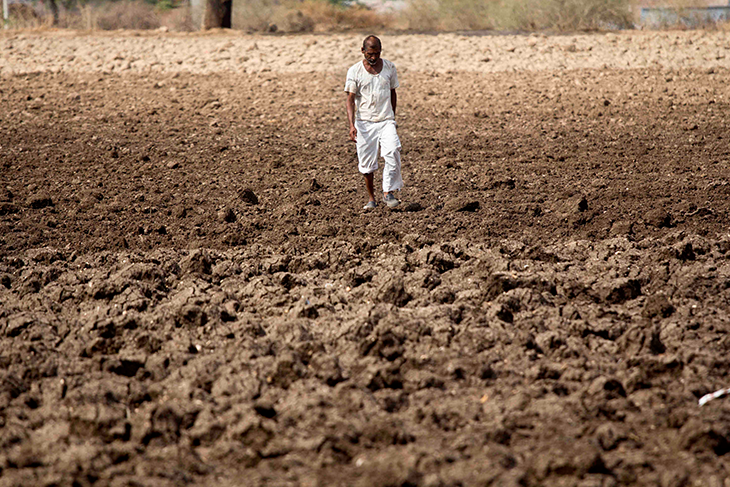 Distress migration and displacement have increased already high levels of social and economic vulnerability in rural and urban India.

To an increasing number of people, climate change has meant being rendered without homes, livelihoods and futures. Human-caused climate change has not only increased the frequency and intensity of rapid-onset events like cyclones, floods, landslides and storm surges, it has also made many prone to displacement due to slow-onset events like droughts, desertification, riverine and coastal erosion, continued crop failures and ecosystem losses.

As per the Internal Displacement Monitoring Centre, 38.5 lakh people in India were internally displaced in the year 2020 due to disasters alone. ActionAid and Climate Action Network published a report in 2020 titled “Costs of Climate Inaction: Displacement and Distressed Migration” which stated that India had a total of 1.4 crore internally-displaced people due to environmental disruptions and more than 4.5 crore people will be forced to migrate from their homes by 2050.

Distress migration and displacement have increased the already high levels of social and economic vulnerability in rural and urban India. As large number of people lose their habitual place of life and work, there is need for proactive policy interventions to protect, support and rehabilitate climate impacted communities, already in high levels of precarity.

Internationally too, there have been increasing discussions regarding migration induced by climate change. Most multi-lateral agencies including those within the UN system, World Bank Group, ILO and EU seem to agree that climate-change induced migration is mostly internal, at least till now.

Migration is not necessarily forced, especially for very slow onset processes, and is still a matter of choice, even if constrained. Also, isolating environmental and climatic reasons is difficult, in particular from humanitarian, political, social, conflict or economic ones. The Cancun Agreements on Climate Change Adaptation identify three forms of climate change induced movement: displacement, migration, and planned relocation.

The Protection Agenda, promoted by the Nansen Initiative and endorsed by 109 countries, gives a holistic approach to policies concerning climate induced migration, although it focuses on cross-border movement. Instead of calling for a new binding international convention on cross-border disaster-displacement, the Protection Agenda focuses on the integration of effective practices by States and sub-regional organizations into their own normative frameworks in accordance with their specific situations and challenges. It tackles disaster displacement risk in the country of origin, including facilitating movement out of at-risk areas and the protection of cross-border disaster displaced people.

That climate change is an active driver of internal and international migration has been accepted by majority of countries all over the globe. Many countries, specifically in the small island states in the Pacific and Caribbean have talked about mobility due to climate change in their Intended Nationally Determined Contributions (INDCs) or their National Adaptation Plans (NAP), both under the aegis of the UNFCC.

class=”_yeti_done”>In 2015, the Government of Bangladesh published its National Strategy on the Management of Disaster and Climate Induced Internal Displacement. In defining climate induced internally displaced persons, the policy incorporates those who have had to leave their habitual residence either by force or by obligation or by evacuation due to sudden or slow-onset climatic events and processes and natural disasters. It speaks about four strategic actions – prevention, preparing, managing and addressing, and three different phases of the displacement process – prior, during and post displacement.

class=”_yeti_done”>Disaster induced displacement in India is currently looked after by the National Disaster Management Authority (NDMA) and their state level counterparts. These authorities have laid down their respective preventive, preparedness, capacity building, and rehabilitation plans. Compensation in lieu of drought is also provided to farmers out of the disaster relief funds, although the amount currently being provided has often been termed grossly insufficient by various farmers’ bodies, NGOs and academicians.

Given the current situation related to climate change, environmental disasters, and distress migration and displacement in India, there is a pertinent need for a people-centred national policy on migration or displacement caused due to climate disasters. The scope of the policy needs to be wide enough to include those displaced forcefully, evacuated by government agencies and also those who migrate voluntarily due to worsening livelihood situation as a direct result of climate change.

Current national policies primarily address the short-term and sudden onset of climatic disasters. They do not adequately consider slow-onset climate change events such as increased aridity and recurrent droughts, desertification, sea-level rise, river erosions, glacial melts, and losses caused by the same. Drawing communities into the process of managing ecological resources, processes and services, could help more effectively mitigate the impact of climate change, forecast need for migration and ease the process, while minimising distress.

A national policy for climate-change induced migrants and a comprehensive framework to address needs of the people forced to migrate, provide compensation for loss and damage, and dignified rehabilitation at destination, would effectively deal with one of the most important threats that vulnerable communities of India currently face.

Disclaimer: The article was originally published on ThePrint. The views expressed in the article are the author’s and do not necessarily reflect those of ActionAid Association.