Towards Better Urban Futures: Cities and Villages for All 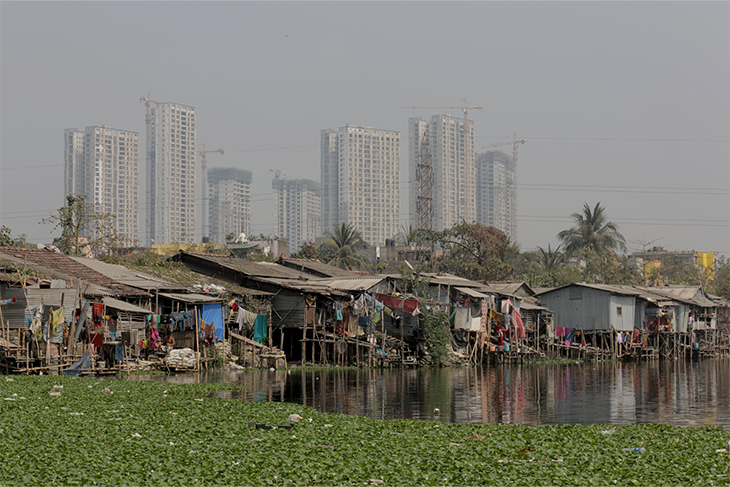 The 21st century is often referred to as an urban century. The view is that these hundred years will be defined by the rise of cities; and that cities will propel the future trajectories of the world. However, we need to realize that the fate of villages cannot be ignored

There is strong evidence to support the view of the century of cities. With over five million people arriving in cities in developing countries every month, the magnitude and pace of urbanisation seems surreal. Should this trend seerealisation, by the middle of this century, 68% of humankind will be living in cities. With population shifts, economic activities are and will further concentrate into cities. An estimated 70% of the global GDP currently comes from cities of the world.

With cities projected as possibilities of economic hope, millions of people, variously “pushed or starved out of agriculture” carrying multiple burdens of discrimination, landlessness, climate change, land grabs and a generalised crisis of agriculture, will continue to move to cities to look for possibilities of survival. A recent report by CANSA and ActionAid revealed that 14 million people were displaced due to slow onset climate events in 2020, in India alone. The 2018 World Banks Groundswell report indicated that as many as 216 million people could face the risk of displacement within their own countries due to slow-onset climate change impact by 2050.

Cities, on the current path of urbanisation, have grown in deeply exclusionary manner. A billion plus people live in squatter and informal settlements, without adequate facilities and services, in a life of insecurity, economic precarity and indignity. Two billion people of our planet, or a population greater than the most populous country of the world, are already consigned to what is called the world of “informal work”, in conditions of extreme precarity. A billion plus saddle both rural and urban spheres as peasant workers and marginal farmers, and battle similar conditions and bleak future prospects. Further additions to this large “reserve population” will lead to a more intensified race to the bottom. The recent waves of the COVID-19 pandemic exposed the conditions of extreme deprivation for the informal workers amply in the public eye.

It is clear that opportunities for work need to expand dramatically; else we can be assured of scenarios of further impoverishment for a large mass of humankind, rise of social distress, conflicts and xenophobic tendencies.

Expansion of labour requirements in industry and services depend on the level of aggregate demand in the economy. On its own, any dramatic rise in demand needed to gainfully employ existing informal workers, is an impossibility under conditions we witness in early decades of this century. There simply are not enough jobs and avenues for job creation, making levels of unemployment climb every passing year. It is estimated that in the next one decade (counting those unemployed today) more than half a billion jobs will need to be created.

Historic vulnerabilities, ecological stress and massive transformations in the “world of work”, tied together with realities of technological advances such as artificial intelligence, robotics and automation further make it difficult to imagine easy expansion, let alone massive rise in labour absorption, outside of agriculture. Technological advances, for instance, while creating new jobs at higher levels, tend to push out workers at the lower end of the value chains, which is where most informal workers are located. Such trends are clear in all parts of the world, and are particularly intense in the global south.

Developments in industrialisation and agriculture and resource extraction to fuel these in the 18th and 19thcenturies on the one hand, and the availability of colonies for export of populations and accumulation of wealth on the other, placed countries of the global north in a position to make a dramatic shift from peasant agriculture economies to industrial ones, spurring the growth of cities. A replication of those trajectories in the nations of the south based on it, in as much it is undesirable is also a historical impossibility. Additionally, we need to realise that it is an ecological dead-end too.

A growth trajectory based on a super exploitation of resources and vulnerable people has contributed highly to social and ecological distress, and climate change. While it has led to immense concentration of wealth and power for a small minority, tragically the ecological crisis and climate change impact most the people who are least responsible for creating it.

The future lies in building new pathways for development on the foundation of justice, welfare and sustainability for all – and a conjoint development of countryside and cities.

The rural economy accounts for more than 40% of our planet’s workers. The numbers are much higher in Asia and Africa. A large number rural workers are not owners of land, but merely informal workers in the agriculture sector, or are very marginal farmers. For the landless, secure land tenure rights constitute the first step in reviving a strangulated rural economy, paving the way for a happy countryside. The 3.4 billion people who live inrural areas must well see a life flourished and future proofed with investments in the rural economy and agriculture, including establishing mechanisms for fair and stable crop prices for food security. Upgrading and modernising peasant agriculture, and removing drudgery in subsistence farming will provide a headway into lifting people out of poverty and countryside out from the distress, it currently faces.

A further step embracing both countryside and cities is a fundamental “right to work” and to realise it, needed are policies to install universal labour guarantees. Limited employment guarantee schemes experimented in rural contexts in countries such as India, show potential in reviving rural economy and welfare and surely constitute ideas to embrace in the new world. These would therefore need to see expansion not just in what are promised as wages, but also see expansion for year-round coverage, and into urban areas and adopted universally. Enshrining a “right to work” will ensure security of income, dignity and equal opportunity for all; thus, expanding human freedoms and creativity.

For the 4.2 billion who live in cities, urban centres of this century must also be inclusive, happy and “embracing”. These must be cities that embrace their “majorities”, the “makers of cities” and their most vulnerable peoples – the destitute, the homeless and those discriminated and exploited such as the migrants, refugees, Dalits, indigenous, minorities providing opportunities to them, and cities which enable women and children opportunities which their gender and social positioning did not allow in the past in city or in the village.

The “Right to the City” is a paradigm that provides an alternative framework to rethink cities and urbanization on the promise of “Cities for All”. It puts together the idea of human rights, sustainable urbanization to develop a decent and full life for all urban people. The Right to the City provides an alternative framework to design and rethink cities and sustainable urbanization, one basis equality and justice. A right, which not only advances human dignity, while at the same time opening doors for right to housing and rebuilding of commons and affording protection against evictions and forcible displacements. The New Urban Agenda, 2016, outlines a vision of cities for all as “referring to the equal use and enjoyment of cities and human settlements, seeking to promote inclusivity and ensure that all inhabitants, of present and future generations, without discrimination of any kind, are able to inhabit and produce just, safe, healthy, accessible, affordable, resilient and sustainable cities and human settlements to foster prosperity and quality of life for all.”

In the eyes of vast majorities of our world, welfare states stand at a crossroad in this century. They must face this fundamental challenge squarely, and embrace solutions for advance of their majorities of peoples. Else, in the eyes of this generation welfarism and human rights will only be remembered as hollowed out promises, vestiges of the past catapulted to serve the ever-growing hunger of capital./

Disclaimer: The article was originally published on The Indian Bulletin. The views expressed in the article are the author’s and do not necessarily reflect those of ActionAid Association.