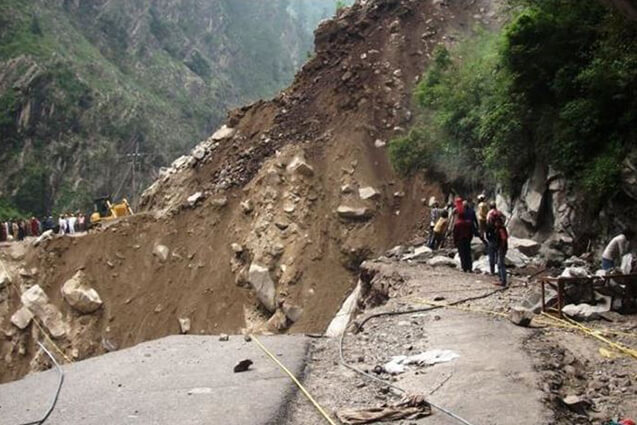 Never in my life had I imagined a disaster of such brutal magnitude in a serene green state State like Uttarakhand. When I visited the area in the first week of this month, little did I realise that, a fortnight hence those very roads through which I travelled through, would cease to exist. That is how frightening and saddening the news of the devastating floods is.

I was in Joshimath to visit one of our allied organisations – Jandesh. Laxman Singh, the head of the organisation and a strikingly charismatic leader was alleging that the dam contractors and their firms are literally running the State by offering crores of rupees of bribes to get through their projects.

He was also explaining how the Himalayas, being one of the youngest mountain ranges are highly susceptible to disasters like cloud bursts and accompanying landslides. The whole of Uttarakhand also comes under Zone 5, which makes it very vulnerable to earthquakes as well.

Yet, ignoring the region’s fragile ecology, the Uttarakhand government has planned 558 dams across the state, where work has started in 220 hydro power projects. The combined impact of these dams on the fragile geology and ecology of the area, considering the high levels of seismicity in the region is enormous, Laxman added.

The construction of these dams essentially means frequent and high intensity blasting of the mountains for constructing the tunnels. We have had many villages living on the hills which face lot of problems because of these blasts, like cracks on their walls,  water resources drying up, so on and so forth. But these villages hardly get compensation because they are not in that sense ‘displaced’.

A recent report by The Times of India quotes that about 2 million people will be affected by these dams.

Did dams aggravate the intensity of this disaster?

We have done a survey was carried out in 22 villages, in six districts of Uttarakhand – Nainital, Almora, Champawat, Udham Singh Nagar, Chamoli, Tehri and Uttarkashi regarding the impact of the climate change.

Climate change is intensifying and people’s resilience has weakened, our study concluded but we have a lot to do to arrest such lopsided development of the state which prioritizes people over rampant destruction of the ecology for power and water.

I was curious to know the status of dams in Uttarakhand after the disaster. Laxman Singh from Jandesh is telling that dams not only suffered great losses but also they are cause of this disaster.

The Vishnugarh Dam Project did not release the water in time and this caused destruction of the villages of Lambad and Pandukeswar, he says.

Is worst yet to come?

What is most worrying about the recent disaster is its intensity. Last year it happened primarily in Uttarkashi and Okhimath and that too in September.

This year the floods have struck right at the beginning of the monsoon season and strong rainfalls are predicted further down the year.  Laxman is worried that there could be more cloudbursts and landslides. Since the soil is already loose because of heavy rains, another burst of rains following a clear weather would be disastrous.

People living in and around the area are also worried that once the government evacuates all the tourists, the efforts to rehabilitate local people could take a backseat. The decomposed dead bodies alongside the river are also posing severe health hazards.