21 bonded labourers rescued from a brick-kiln in Siwan, Bihar 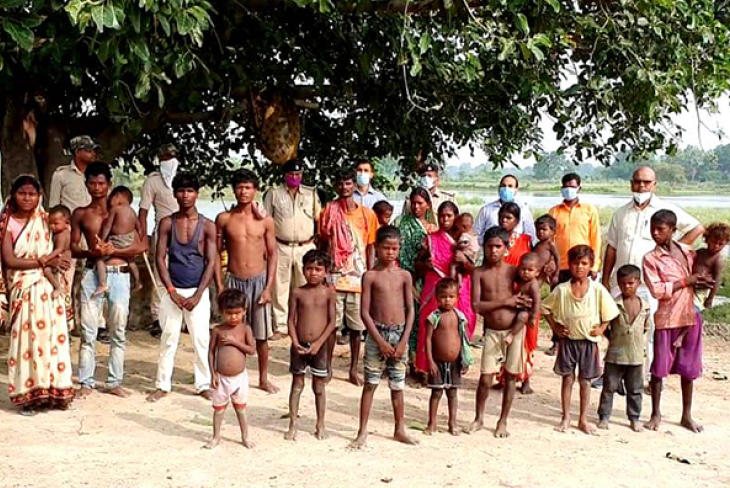 Starting 2018, ActionAid Association’s Bihar and Jharkhand regional office, together with Labour Resources Department, Government of Bihar, has been running a Workers’ Facilitation Centre in Gaya district to provide support services to migrant workers. As part of this initiative, we have also set up a Labour Helpline to ensure safe migration of labourers from Bihar. On June 27, the centre received a distress call on the helpline, informing that 21 persons from four Musahar families hailing from Belaganj block of Gaya – comprising four men, four women, ten girls and three boys – were being forced to work as bonded labour at a brick-kiln in Siwan district of Bihar.

Soon thereafter, our regional office swung into action to verify the details and subsequently to rescue these labourers in coordination with the district administration of Siwan. On July 3, our team met with the District Magistrate, Siwan, and briefed him on the situation. The district administration was quick to constitute a rescue team comprising district-level government officials and the police. A rescue mission was initiated the same day.

On reaching the brick-kiln, the rescue team found the workers living and working in an extremely deplorable state. During the last 11 months of their bonded state, these families were harassed and subjected to hugely exploitative conditions – physically, mentally as well as financially. Even women and children were made to work for almost 12 hours a day. The labourers further shared that all that they used to get in return from the owner was Rs. 200 to Rs. 300 a week per family, which was just not sufficient for them to meet their expenses.

Following their successful rescue, all labourers received their due wages from the brick-kiln owner and safely reached their village the very next day, i.e. on July 4.