Who we are
Governing Board Members 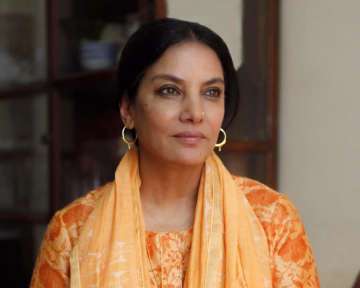 Ms. Shabana Azmi is a national award-winning theatre and film...

Ms. Shabana Azmi is a national award-winning theatre and film personality with over four decades of experience in acting. She is involved in various social movements and campaigns for rights and justice, particularly for women and minorities. Shabana Azmi has been awarded the Gandhi Foundation International Peace Prize, 2006 by the Gandhi Foundation, London. Shabana Azmi was awarded the Padma Bhushan in 2012 by the Government of India. She has also won the prestigious Padma Shri in 1988, the Rajiv Gandhi Award for Excellence in Secularism in 1994 and several other national and international recognitions for her contributions to Indian cinema, theatre and to social causes. She was also nominated to the Rajya Sabha by the President of India in 1997-2003.

More recently, Power Brands awarded Shabana Azmi, the Bharatiya Manavata Vikas Puraskar for being one of the greatest and most versatile thespians of Indian cinema, for being a champion of women’s education and a consistent advocate for civil and human rights, equality and peace and for empowering lives every day through the Mijwan Welfare Society. 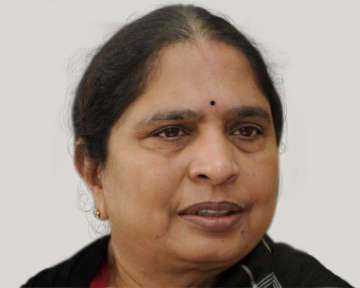 Professor Shantha Sinha is a Professor of Political Science in...

Professor Shantha Sinha has tirelessly worked for the universalization of school education and the elimination of child labour. She is the Founder Secretary Trustee of MV Foundation, a registered trust based in Andhra Pradesh.

In recognition of her efforts, Prof Shantha Sinha was awarded the Padma Shri in 1998 and the Ramon Magsaysay Award for community leadership in 2003. 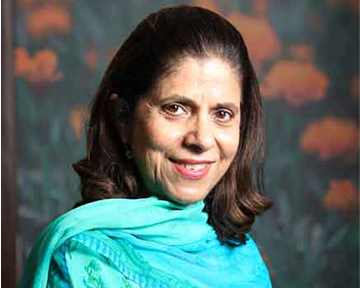 Ms Dipali Khanna is a former civil servant with forty...

Ms Dipali Khanna is a former civil servant with forty years of work experience in varied Government organizations. She has a close understanding of government processes and procedures in the matters of preparation, execution and monitoring of annual plans and budgets; appraisals, clearances and approvals to projects, expenditure and cash management and audit of financial accounts. She was a member in the Kelkar Committee, Ministry of Defence for Public-Private Partnership in Defence production process. She has been on the boards of several organizations under different Ministries, including that of Defence, Power, Tourism and the Ministry of Information and Broadcasting. Dipali Khanna continues to serve as independent member in the Boards of several organisations. 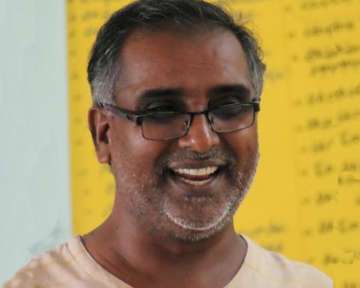 Mr. Poguri Chennaiah is an activist who has been engaged...

Mr. Poguri Chennaiah is an activist who has been engaged with the rural poor, especially Dalits and agricultural workers, for nearly three decades. He has been instrumental in taking up the cause of agricultural labourers through various campaigns for land rights. He has also organized a very strong agricultural workers’ union, bringing together many activist groups and giving them the vision and direction to become social movements without affiliation to any particular political party. 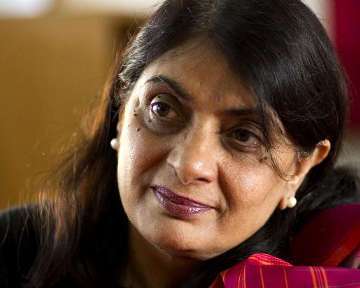 Rita Sarin is the Global Vice President & Country Director of The Hunger Project in India and leads a nationwide alliance of more than 40 organizations implementing strategies to empower women in local democracy. She has committed her life to igniting and sustaining the leadership sprit of elected women at the grassroots level in India.

Ms Sarin has had many successes channelling bilateral and multi-lateral partnerships and funding to strengthen the voice of grassroots women in local government and in society at large. In addition, she has successfully garnered the support of various government officials at all levels to broaden the scope of women’s role in local democracy as well as bridge the gap between the marginalized, poor and their government. Prior to joining The Hunger Project, Ms Sarin served as a National Program Advisor for the Swedish International Development Agency (SIDA), in India.

Ms Sarin also represents many international and national Boards which include Girls Not Brides UK, PRIA, Mobile Creches and plays a crucial role in working on issues of governance, strategies and partnerships. 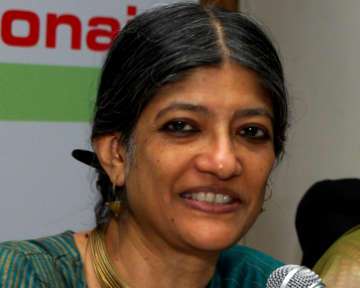 Jayati Ghosh is a senior development economist. Currently she is...

Jayati Ghosh is a senior development economist. Currently she is professor at the University of Massachusetts, Amherst, USA, and earlier she was professor and chairperson of the Centre for Economic Studies and Planning, School of Social Sciences, Jawaharlal Nehru University, Delhi. A widely published author of several books, articles and papers, Prof Ghosh’s core areas of study include international economics, employment patterns in developing countries, macroeconomic policy, and issues related to gender and development. 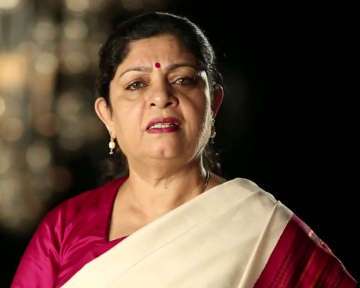 Ms. Poonam Muttreja is the Executive Director of the Population...

Ms. Poonam Muttreja is the Executive Director of the Population Foundation of India (PFI). She has over three decades of experience in the socio-development sector. Before joining PFI, Ms. Muttreja worked with the McArthur Foundation as Country Director where she was responsible for the Foundation’s population and reproductive health grants in India. More recently, Ms Poonam, conceived and promoted the popular Indian television serial, “Mai kuch bhi kar sakti hoon”, meaning, ‘I, a woman, can do anything’. Ms. Poonam has also been a member of the Family Planning 2020 Reference Group, which is a global movement that supports the rights of women and girls around the globe to empower them to decide for themselves whether, when and how many children they may want to have. She is currently a civil society representative from India for the FP 2020 country engagement group. Earlier in her career, Ms. Muttreja worked with UNDP as Advisor to the Country Representative. In Cambridge, Massachusetts, she directed an environmental programme concerned with orienting policy-makers on issues of development, environment and poverty. She has taught courses on social action and human development at Hampshire College in Maine and Earlham College in Indiana. As the Founder Director of the Ashoka Foundation, Dastkar and Society for Rural, Urban and Tribal Initiatives, Ms. Muttreja has made an active contribution to the NGO sector in India. 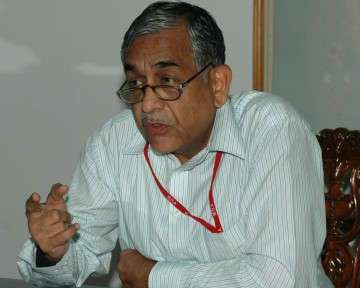 Mr. Shantanu Consul, a 1974-batch Karnataka-cadre IAS officer, started his career as Deputy Commissioner of Bidar in Karnataka in 1982.  In addition to several positions that he held with the Government of India, Mr. Consul also served as Secretary, Border Management under Ministry of Home Affairs; Secretary, Ministry of Mines and Minerals; Secretary, Department of Drinking Water Supply of the Government of India. While serving as Secretary, Department of Personnel and Training in the Ministry of Personnel, Public Grievance and Pensions. In the year 2010, he was appointed by the Prime Minister’s Office as a member of the VK Shunglu Committee probing alleged financial irregularities in the Delhi Commonwealth Games. 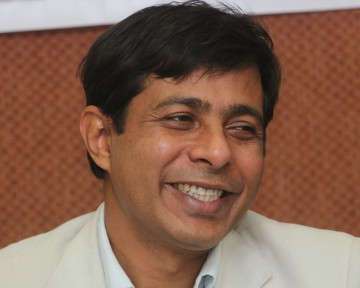 A social anthropologist by training and a development activist who...

A social anthropologist by training and a development activist who has lived and worked with indigenous people and Dalit communities in India, Mr. Sandeep Chachra is currently the Executive Director of ActionAid Association. He also acts as Secretary and ex-officio member of the Governing Board, with no voting powers.

Prior to this, Mr Chachra was the International lead for ActionAid International’s, just and democratic governance and economic justice theme. He has worked in several capacities in ActionAid International and other development organisations for the last two decades. His publications include “Whose Freedoms? MDGs, as if people matter!”. He has written several papers, and developed resource packs for activists, including the most recent paper, “India and the National Question”.

Sandeep Chachra is an active part of a collective in developing the Global Economic Literacy and Budget Accountability platform (http://www.elbag.org/) and the South-South Peoples Solidarity Forum (http://www.southsolidarityforum.org/). He has been involved with the work of peasant movements in Asia and Africa and has been a keen supporter of developing social movement platforms. He is also working on developing the South Asia processes for the World Forum of Alternatives.

Sandeep Chachra also volunteers time as the National Advisor on Homelessness and Urban Poverty to the Supreme Court Commissioners of India on Right to Food case.

Currently, Sandeep Chachra is also the Managing Editor of “Agrarian South: Journal of Political Economy” (SAGE Publications). The journal seeks to renew debate on the agrarian question and to respond to challenges of the twenty-first century namely food, energy, climate and economic crises.