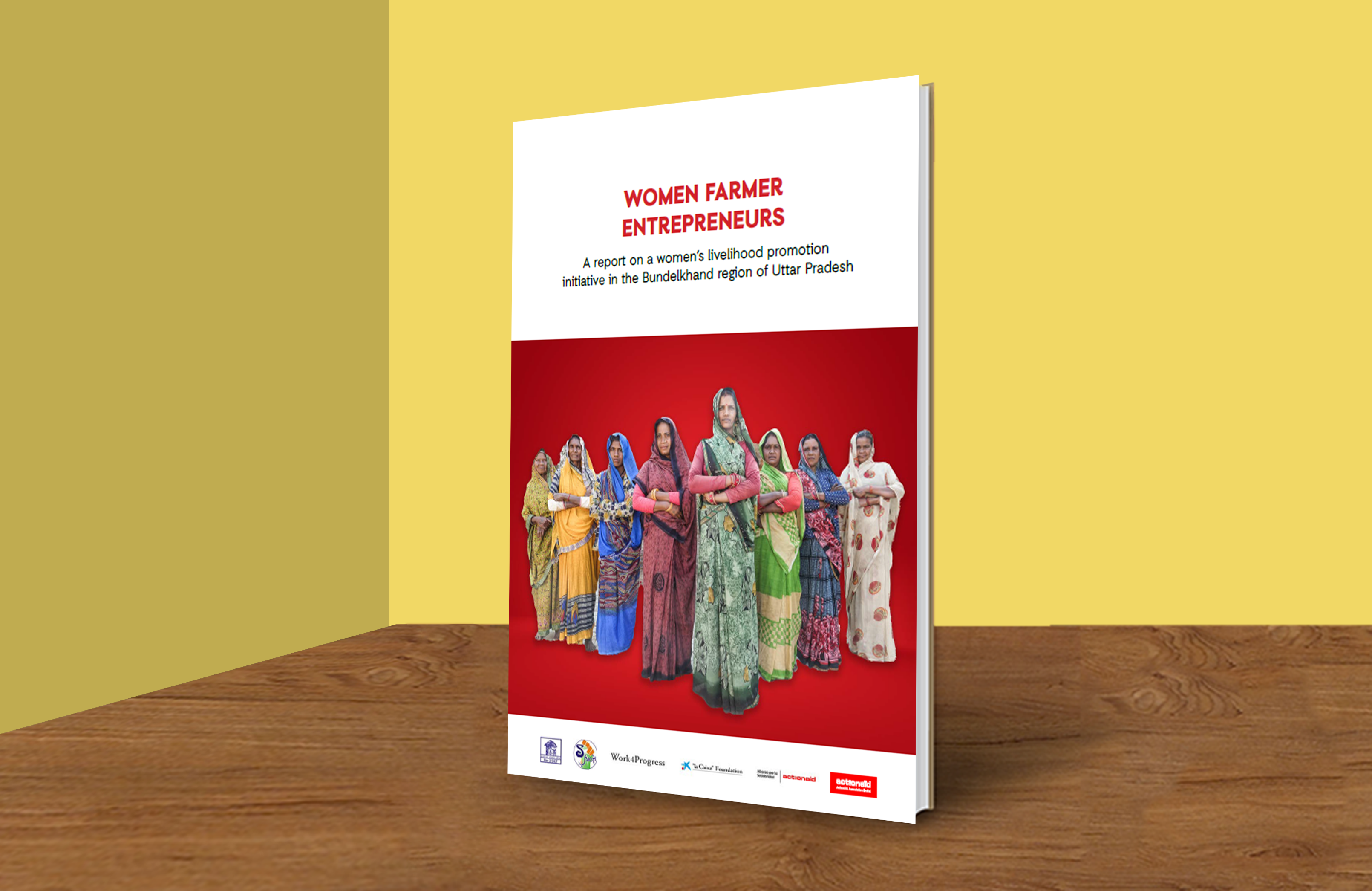 For the last 30 years, ActionAid Association has been working in the semi-arid Bundelkhand region. There is acute poverty in the region, due to lack of opportunities and employment. The employment crises, coupled with social discrimination, has led to the large scale migration of local population.

The region, which is chronically drought prone, has a total population of 18.3 million. As per the 2011 Census, around 79.1 per cent of its population is living in rural areas. More than one third of these rural households are enlisted in the Below Poverty Line (BPL) category.

In the absence of alternate and skilled employment, seasonal migration is a common feature of the region. Migration provides an escape from the regional stagnation and social discrimination, which prevails in Bundelkhand. Such a migration comes as a respite from economic and social bondage.

Women Farmer Entrepreneurs: A report on a women’s livelihood promotion initiative in the Bundelkhand region of Uttar Pradesh has emerged from observations and facts, which were recorded during the two year long project “Enhancing the income of small and marginal farmers through promotion of sustainable agriculture”. This project has been accomplished under the Work4Progress, a programme which leverages innovation to create sustainable, good quality employment among women and young people in India, Mozambique and Peru. The Work4Progress programme has been initiated by ”la Caixa” Foundation, Spain’s foremost foundation and an important global entity engaged in social investment to further the interests of society at large, especially education, culture and science. Working in collaboration with Alianza por la Solidaridad, a fellow member of the ActionAid International Federation, ActionAid Association is leading the programme across 40 villages in Jhansi, Mahoba and Lalitpur districts of the Bundelkhand region of Uttar Pradesh. Grounded action has been led in partnership with Gramonnati Sansthan, Mahoba and Sai Jyoti Sansthan, Lalitpur, both of which are grassroots-based civil society organisations.

The project seeks to strengthen vulnerable communities, by working with them to create livelihood opportunities best suited for landless, small and marginalized farmers, by encouraging women’s leadership and entrepreneurial spirit. This report shares the advances achieved so for and concludes with a brief outline for future plans.