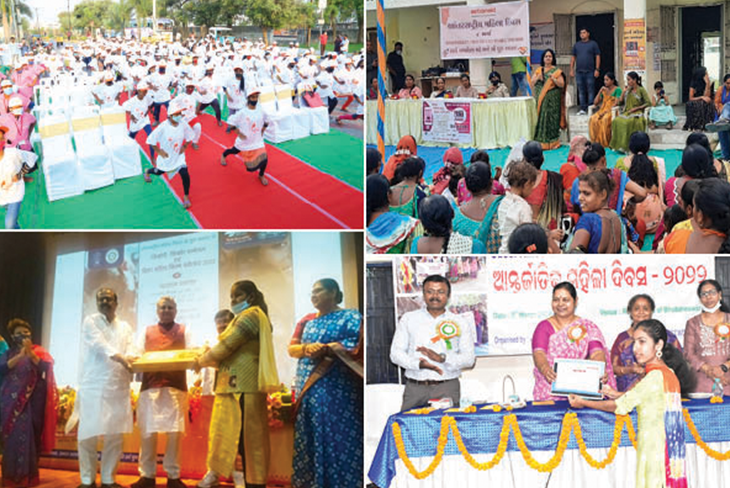 On March 8, or International Women’s Day, young urban women launched the ‘Safe Cities for Women’  campaign for gender-responsive public services across several cities of India. A marathon in Hyderabad, Telangana – Run for Her – marked the campaign’s launch. Nearly 400 young women from 15 bastis of the city participated, with college students and working women joining in solidarity. In addition, women’s collectives across various cities and urban areas conducted community-led safety audit processes and submitted issues to authorities in their respective cities and states.

Women also held meetings in rural areas across several states with police departments, Social Welfare and Health Departments, and their elected representatives to raise the challenges women and girls face. For example, in Uttar Pradesh, across 50 districts, women organised more than 7,000 meetings to talk about various issues, including biases and barriers that exist for women and girls that, in turn, prevent them from pursuing their dreams. In Uttarakhand, women’s collectives from five districts shared demands emerging from among community women with the concerned government officials.

In Dabhoi in Vadodara, Gujarat, 170 women agricultural labourers and labourers at risk of becoming bonded came together for a meeting focusing on minimum wages and safety in the workplace. In Kurnool, Andhra Pradesh, 50 unorganised women workers held an interface meeting with the officials of the Mission for Elimination of Poverty in Municipal Areas (MEPMA). MEPMA officials spoke about loans and other beneficial schemes that could support the livelihoods of women workers. Read more about programmes organised in other parts of the country on this occasion and about our work with women here.

On Women’s Day, Ms Vandana Burder working with ActionAid Association, was felicitated by Sh. Talasani Srinivas, the Honourable Minister for Fisheries, Government of Telangana, with the highest service award for working on women’s empowerment. In Rajasthan, our work with out-of-school girls was applauded by the district administration of Barmer. Our teams have been successful in linking 4,500 girls to schools. Similarly, in Odisha, Chairperson, Odisha State Commission for Protection of Child Rights, Ms Sandhyabati, joined other state-level dignitaries to celebrate local community women’s initiative towards building the leadership of women and girls. These women and girls are today confident protagonists challenging stereotypes and overcoming barriers.