Heatwaves, Climate Change and the Need to Promote Climate Justice 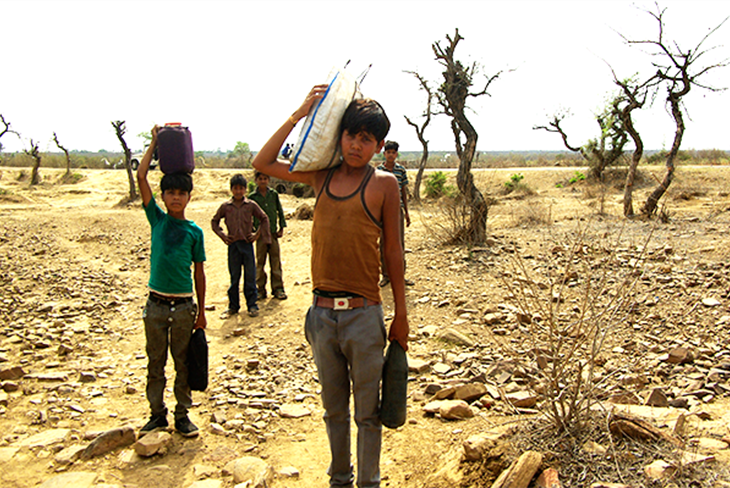 The untimely and severe onset of summers in India this year has bolstered the occurrence of extreme and frequent heatwaves. Besides power outages, water shortages and school closures, India’s wheat harvesting faces an extreme danger. In addition, massive fires have recently engulfed four urban landfills.

The World Health Organisation notes heatwaves as among the most dangerous natural hazards. A recent study reveals that over the past 50 years, more than 17,000 people have died due to heatwaves in India. While many factors are behind this phenomenon, climate change is an undeniable contributor to its severity and frequency. Adverse climatic conditions render marginalised populations the most vulnerable to impact. This includes urban labouring populations who live in informal settlements and rural communities dependent on natural water bodies and rainfall for their livelihood. In addition to death, economic losses and deterioration of quality of life, migration flows are likely to increase due to climate change.

In light of these circumstances, ActionAid Association urges governments across the globe to assess the various factors that lead to heatwaves, take cognisance of the dangers they cause and implement appropriate measures to curb their effects. Preparedness and compensation mechanisms are of extreme importance in increasing the resilience of at-risk populations. Active and prompt steps, based on a pro-poor and inclusive approach, to combat climate change are the need of the hour. Read our detailed recommendations here.

The Working Group III component of the Intergovernmental Panel on Climate Change (IPCC) Sixth Assessment Report speaks about “Recent literature [highlighting] the growing role of non-state and sub-national actors including cities, businesses, Indigenous Peoples, citizens including local communities and youth, transnational initiatives, and public-private entities in the global effort to address climate change”. The report also recognises the shortfall in financial flows to meet climate change mitigation goals and speaks about the need to address inequities in access to finance and meet the costs of reducing the impacts of climate change.

“Our experience in ActionAid Association, while working with vulnerable communities in both rural and urban contexts, teaches us how much can be gained if the communities facing the worst impact of climate change, while being least responsible for greenhouse gas emissions, are made custodians of ecological resources… Social movements, civil society organisations, and concerned citizens should leverage this [IPCC] report to urge all governments to take on a more people-oriented approach to creating climate justice for all life on earth,” says Sandeep Chachra, Executive Director, ActionAid Association. Click here to read the complete statement.