Workers in the Time of COVID-19: Round 2 of Our National Study on Informal Workers 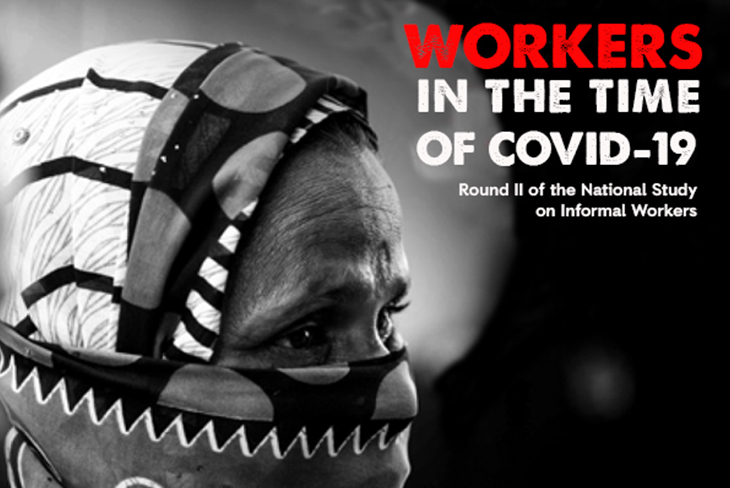 To assess the impact of COVID-19 and the subsequent lockdown on informal workers, we are conducting a longitudinal study across states. The first round of this national survey, conducted during the last phase of the lockdown, covered over 11,500 workers across 21 states. The findings highlighted acute distress among informal workers, especially migrant workers, with excessively high levels of livelihood loss and indebtedness (findings of Round 1 here).

We recently released the findings of the second round of this survey carried out during the third phase of reopening of the lockdown, between August 23 and September 8, 2020. Conducted across 23 states and five Union Territories, the survey interviewed more than 16,900 informal workers across 402 districts. The interactions covered a range of issues regarding the status of their livelihoods and wages, savings and expenditure, and access to social security schemes and other entitlements.

In this round, around 48% of workers said they were still unemployed in the unlock phase. This shows marked improvement as compared to the first round of the survey where 78% of the sample interviewed had reported having lost their livelihoods. However, close to 42% of the workers who have resumed employment said that they were partially employed. They were either getting work occasionally or working fewer hours. Furthermore, as employment has still not reached the pre-lockdown levels, monthly wages received by workers remain extremely low. Almost 24% of the respondents reported having zero wages in the unlock phase. Over 64% of respondents said they had not received wages due to them at the time of the lockdown.

Given the low levels of employment and wages, the stress on consumption and savings was clearly visible. While 68% of the respondents said that their level of food consumption was not sufficient for them, nearly 88% said that their savings were not adequate for them. Respondents who had migrated for work before the lockdown seem unwilling to resume migration, with nearly 57% of such workers saying they want to continue staying in their source districts. The primary reasons include fear of catching COVID-19 in the destination district, lack of job opportunities and uncertainty about the time it would take for the situation to get normalized at the destination.

The findings of this survey highlight the urgency required in supporting informal workers regain and rebuild their livelihoods, and in protecting them from sliding into further indebtedness and poverty. You can access the national factsheet here and the state-wise compendium here.