A south-centric approach to internationalism 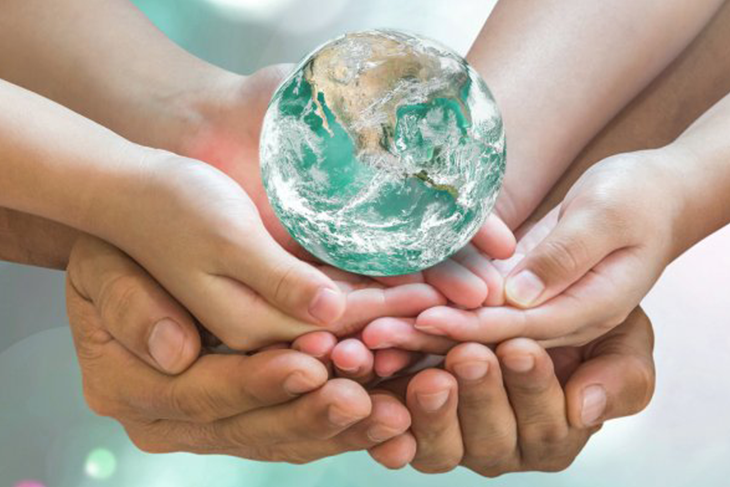 These are not easy times for optimism for the fate of our planet. Covid-19, and especially the frightening possibility that this may not be the last global pandemic, climate change, continuing war, and increasing inequality across the world, are like the four horsemen heralding the apocalypse. Human beings need to come together at a planetary scale to resolve and act on these issues. The United Nations, formed after the Second World War to prevent future wars, still represents the best hope for the future. But its role was almost immediately compromised with the Cold War between the USA and USSR and their allies. The UN has been continuously sidelined by the USA in the 1990s and the “war against terror”.

While there is a need to revitalise the UN and the idea of a supra-national body that can help focus global efforts to address issues impacting the whole planet, the concept of “decolonisation” could be an idea that could give a new focus to the internationalism of the UN and all other supra-national bodies. While for many, decolonisation may refer to a period of history which led to former colonies throwing off the yoke of colonial rule and asserting independence, for others, it may refer to changing mindsets about the superiority of the culture and race of the colonisers. We need to see decolonisation more fully; decolonisation cannot be divorced from its material aspects.

First, there is the hideous history of genocide, plunder and enslavement. Colonisation has left nations, regions, and territories hollowed out and pushed back several centuries into the past, without the capacity to catch up on basic levels of human development.

The end of colonialism did not see the end of imperialism. Countries endowed with natural resources or strategically significant have been invaded based on made-up charges, occupied and reduced to semi-colonies through embargoes, financial boycotts and assaults on national currencies to keep them in permanent insecurity.

Added to the debilitating impact of colonialism, neo-colonialism and other forms of imperialism run, what Prof Samir Amin calls, the unequal exchange. Using this concept, researchers in 2021 presented empirical arguments to show that the Global North had appropriated around $62 trillion from the Global South between 1960 and 2018.

Too many assassinations and externally supported coups have occurred to decapitate autonomous dreams, not to recognise the challenges faced by newly independent countries in Asia, Africa and Latin America as they struggled to build political and economic independence.

There has been talk in some circles of “decolonising aid” – referring to the increased funding, enhancing localised leadership and ensuring that decision-making is in the hands of the people directly impacted by aid and development programmes. However, there is the larger question of reparations or “paying back” for past losses and damages – at best, a partial redressal of past wrongs. Among settler colonies like the Americas, Australia, New Zealand and Southern Africa, the “land back movements” where indigenous people ask for the political and economic authority of the territories that belonged to them are still an open wound.

Suffice to say that we need to go beyond an internationalism that restricts itself to a fictitious claim of equality of nations. Instead, we need a south-centric approach to internationalism. In this approach, decolonisation is an embedded element. This approach seeks to build a polycentric world of diversities, with no room for colonial and settler futures.

This principle was best expressed in the final communiqué from the Bandung conference, which stood against colonialism and imperialism, and for self-determination and racial equality. It was the spirit of Bandung that provided the dynamism to the Non-Aligned Movement. We need it now to revitalise international organisations, especially the UN. That it remains possible today to mobilise the anti-imperialist and humanist values of the liberation movements of the South is amply evidenced in diverse views and positions on the current Ukraine war.

Celebrating the “Spirit of Bandung” is the first step to ensuring that the idea of justice, peace and ecological wisdom will prevail. Only the broader sense of justice will help us recognise the existence of elite interests in the Global South and the presence of disenfranchised, deprived communities in the Global North. It is only after the principle of justice and the need for a south-centric approach is accepted that we can start discussing the structures that will best promote it. The world spirit, or the spirit of the world, is a concept that philosophers have evoked from the time of Plato. Let us come together to make that a spirit that loves justice, not power.

Disclaimer: The article was originally published on Deccan Herald. The views expressed in the article are the author’s and do not necessarily reflect those of ActionAid Association.