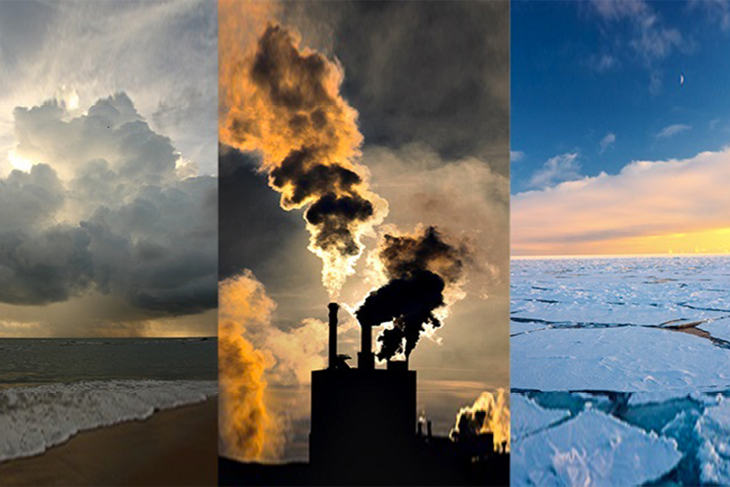 In our interactions with informal workers in rural and urban contexts, we have heard many accounts about both increased work stress and job and income loss caused by extremes of weather that they now face. These testimonies show that for people who work in the open, the impact of climate change is a factor that needs greater attention. In addition, air pollution is a significant factor that adds to this stress in urban areas. We can all recall how winter months have seen school closures to protect children. Yet, we do little to protect workers in our cities.

We can trace the changes in weather patterns to the intensifying climate crisis, biodiversity loss, and rising pollution levels are leading to newer forms of vulnerabilities and deprivations. Marginalised populations are the most vulnerable to the impact of climate change, despite being the least responsible for it.

The fact that we need to address climate change as an issue of social and ecological justice has been an essential aspect of ActionAid Association’s efforts on the ground, and this long experience with ground engagements has taught us how crucial it is to make local communities – in rural and urban contexts – the custodians of ecological resources. Their participation and leadership in climate change action are vital to securing social and ecological justice.

Ahead of this year’s “International Day of Clean Air for Blue Skies”, UN Climate experts have said that “there is no separation between air pollution and climate change”. To address the issue of air pollution in Delhi, ActionAid Association has taken innovative approaches – like ‘Cyclothons’ and flash-mobs- to increase awareness of the problem. Around 500 women from marginalised communities have also been collectivised to raise facilitate water conservation, and community forestation drives across the city.

With a locally led people-centric approach to climate action, ActionAid Association has been collaborating with local communities and Panchayati Raj Institutions of Dadri block of Gautam Buddha Nagar District of Uttar Pradesh in implementing a programme to rejuvenate water bodies. Starting from 2019, eleven ponds spread over a combined total of almost 6 hectares of land have already been or are in the process of rejuvenation. In this rejuvenation process, local villagers are employed as workers, and village-level youth groups are being formed to collectively monitor and manage the rejuvenated ponds, thereby ensuring that social and ecological justice go hand-in-hand.

The areas surrounding these ponds are also cleaned as part of the intervention and plantation initiated there. With nearly 2,000 saplings planted in the first phase and another 2,000 proposed to be planted in the ongoing one, this initiative contributes toward increasing green cover and improving biodiversity in the intervention villages. Similar afforestation drives have been conducted across several locations in Delhi, Haryana, Himachal Pradesh, Uttar Pradesh and Odisha to mark World Environment Day this year. In carrying out this drive and sensitising local communities about the urgent need to protect and restore the earth, children and young women’s groups were made important partners

Children and youth are being made important partners in not only the previous campaign but across ActionAid Association’s grounded efforts in tackling climate change since they would be the ones facing the major brunt of the crisis for which they have not played any role. For example, to sensitise children in Bengaluru, Karnataka, about ecology and the importance of biodiversity, ActionAid Association has been conducting lake walks, butterfly walks, and bird-watching walks at the city’s lakes for the past three years. These walks have been helping build their understanding of the various forms of life thriving in and around lakes, consequently encouraging them to do their bit towards conserving water bodies and protecting the environment.

Indigenous and forest-dependent communities have a huge role in ensuring climate action. As the de-facto custodians of forests, they have been successfully protecting and managing their lands and protecting the forest biodiversity since time immemorial. Moreover, forests are the best options for climate resilience as they act as carbon sinks. With this in mind, ActionAid Association has been partnering with such communities across India in ensuring their community forest rights are recognised by the Forest Rights Act, 2006. ActionAid Association has also partnered with them in conserving and planting native and traditional plant species, ensuring the ecological balance is maintained.

Sustainable futures and climate action plans need to be built on frameworks of community-led environmental governance. Even the Working Group III of the IPCC reported the role of non-state actors like local communities, indigenous groups, children and youth in addressing climate change. We are fortunate in India with governance structures in place right to the village level and laws protecting the rights of communities over ecological resources. However, we need more significant effort to encourage communities to populate these governance structures with democratic practices and enable them to play the role of frontline ecological justice defenders by taking over the custodianship of ecological resources.

Disclaimer: The article was originally published on Climate Samurai. The views expressed in the article are the author’s and do not necessarily reflect those of ActionAid Association.