A report on the “National Level Consultation on Single Women and their Property Rights” held at Amravati, Maharashtra, on 23rd June 2019

United Nations had declared 23rd June as the ‘International Widows Day’ “to draw attention to the voices and experiences of widows and to galvanize the unique support that they need. ActionAid India Association has been working with single women since the last decade. This year we commemorated the 23rd June by organising a National Level Consultation on Single Women and their Property Rights at Amravati, Maharashtra with the objective of building a national consensus on the demands of single women, especially farmers’ widows related to their property rights.  To underscore the need for a comprehensive policy on single women, deliberations were planned on aspects related to access to land and other resources, social protection and security, access to basic services and assurance of livelihood.

More than 1,400 widows of farmer suicides families and other single women from eight districts of Maharashtra and representatives from six states participated, in addition to various stakeholders, activists, policy makers, journalists, women groups and forums. The intention behind this meet is to sensitize and advocate on single women issues in all its forms and come out with a concrete plan of working towards their welfare.

Speakers from across the board shared their views and struggles on issues related to social security, housing, land and property rights. Activists from Mahila Kisan Adhikaar Manch (MAKAAM), Working Group of Women for Land Ownership (WGWLO) and the National Forum for Single Women’s Rights also shared their experience and give inputs for future advocacy plan.

Many interesting viewpoints were expressed during the consultation. Amongst them was the statement that serves as the title to this piece:  “Tai, all women are single at some point in their life.” A strong viewpoint which also expressed the need for women not to see themselves only in the format of marriage, as if they become different after their husbands’ death.

Sunanda Tai from Osmanabad, Marathwada said that there was a need to assert rights of land and property and also claim from government schemes and entitlements. She works in Marathwada with an organisation of around 700 single women and organizes various  awareness meetings and campaigns. Sunanda Tai said: “We may be deserted, widow or whatever you want to take us as, but we will achieve our citizenship status by asserting our claims from the government. Life is beyond mangalsutra and bindi.”

Vaishali Tai was firm on the need to assert rights through political participation to access government benefits, retain possession of their land and property, fight against mental torture or physical and sexual violence what they go through from family and society, and will fight against social exclusion. Looking at the level of participation of women in the programme from both sides, participants as well as speakers, Vaishali Tai said: “It gives us confidence that we are not alone.”

A Charter of Demands was prepared and shared with all participants, speakers, people’s representatives and government officials. The First Draft of the Policy for Single Women was submitted to Ms. Vijaya Rahatkar, Chairperson of Maharashtra State Commission for Women. Future plans include gathering feedback on the draft, incorporating all the inputs from this consultation and finalize the policy document which will highlight the future advocacy initiatives that need to taken to carry forward the desired agenda for change for single women. 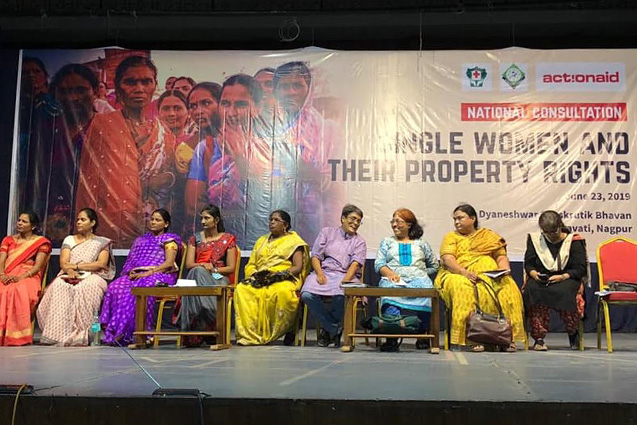 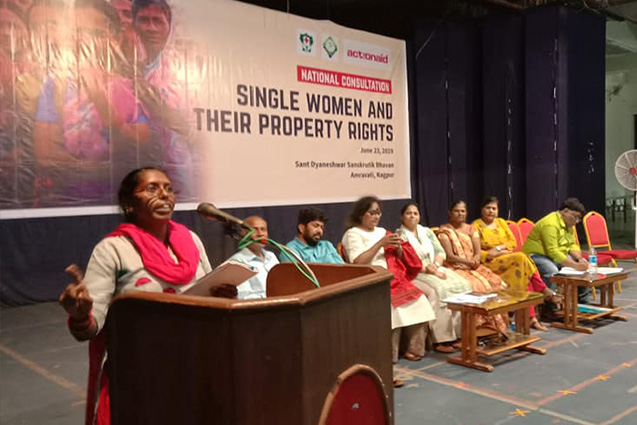 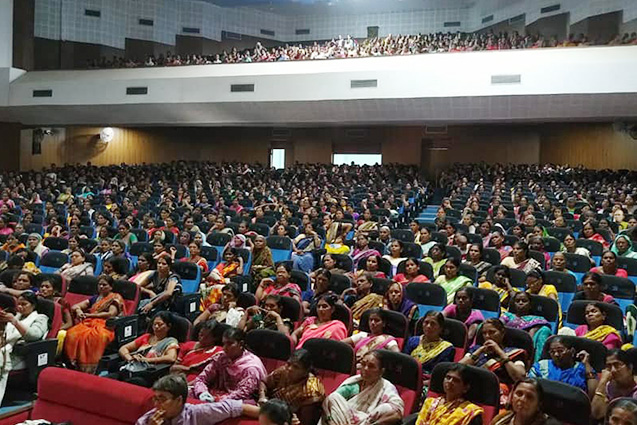 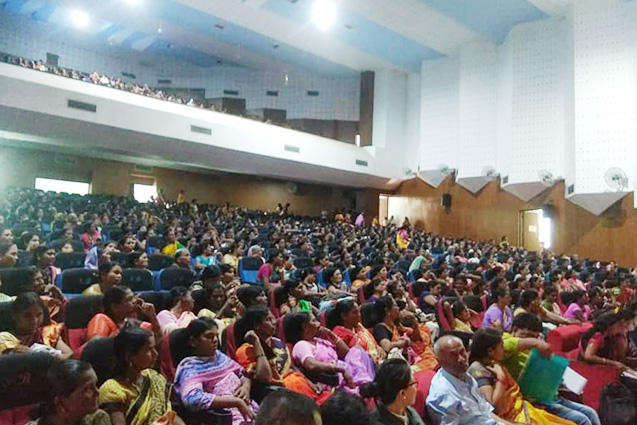