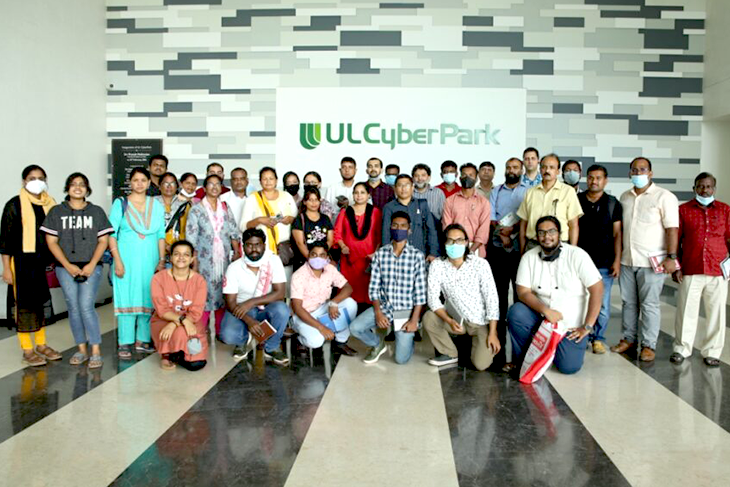 The world of work is facing transformations powered by technology, globalisation and climate change. The emerging futures of decent and sustainable livelihood and employment, however continue to be bleak. India is very much enmeshed in these processes, our economy is unable to generate enough jobs for the millions that enter the job market every year. The jobs being created are informal, precarious and low paid. COVID-19 has only unmasked this precarity for all to see.

However, community-rooted cooperatives have the potential to provide a viable solution to address challenges of inequality, while simultaneously creating economic growth and building social solidarity for the common good for all. It is in this context that the Urban Action School 2021 (UAS’21) was organised with a focus on ‘Cooperatives and Decent Work’. The objective of the workshop was to explore, unpack and imagine what has been, what is and what could be the role of cooperatives for a sustainable future, for all.

The UAS’21 was inaugurated by Shri VN Vasavan, Honourable Minister for Cooperation, Government of Kerala in the august presence of Shri MK Kannan, Vice President of Kerala Bank. The first three days of UAS’21 focused on classroom learning on the internationally accepted cooperative identity, the legal framework within which cooperatives can operate across India and the social, political and economic context particular to the history of Kerala, which is in many ways conducive to such enterprises. Celebrated academicians and activists including Prof Michael Tharakan, Chairperson, Kerala Council of Historical Research, Prof Mini Sukumar, Faculty of the Department of Women’s Studies, University of Calicut, Prof Praveen Jha, Centre for Economic Studies and Planning, Jawaharlal Nehru University, Delhi, Com Amarjeet Kaur, General Secretary, All India Trade Union Congress (AITUC) and T M Isaac Thomas, former Minister for Finance, Government of Kerala were part of the diverse pool of resource persons who conducted the different sessions during these three days.

Participants were also introduced to the experience of co-operatives in Kerala in terms of democratic worker-managed systems of production and organization, economic success, employment generation and addressing inequality. Representatives from many successful cooperative stories from Kerala including Kerala Bank, Kochi Auto Rickshaw Co-op Society, and Indian Coffee House Co-op Society among others, shared their own perspectives related to the development, management and challenges regarding their respective cooperative societies.

Field visits were organised to better understand cooperative success represented by the Uralungal Labour Contract Cooperative Society (ULCCS) and the Dinesh Beedi Workers’ Central Cooperative Society. Both organisations have moved ahead from their humble beginnings and now evolved into two vast and diverse enterprises focusing not only on construction and beedi rolling but also on food processing, textile industry, and IT services among many others. These field visits helped participants understand vulnerabilities of labour across the intersectionality of gender, caste, communal and regional considerations, and the potentials of collective enterprise.

Participants shared their own plans for the development and sustenance of cooperative societies and collective enterprise in their regions. The UAS’21 shared the objective of establishing long-lasting communities of practice for learning and solidarity in practice. Finally the valedictorian address was delivered by Prof Thomas Isaac, former Minister of Finance, Government of Kerala who spoke on the future of the social and solidarity economy.

In early July 2021, the Government of India established a new Union Ministry for Cooperation to strengthen cooperative movement in the country. Although the union ministry is completely new and more information regarding its functioning is awaited, the idea of promoting collective economic activities rooted in the spirit of cooperation and good for all has for long been prevalent in India’s development efforts. The path to cooperatives was laid out in the Constitution of India, which through the Directive Principles for State Policy, placed upon the state the responsibility to advance cottage industries on a cooperative basis, particularly in rural areas. The weeklong deliberations on the social and solidarity economy has  emphasised the need to remove roadblocks, create enabling conditions and promote cooperatives focusing on the needs of the most marginalised and disadvantaged, such that they become owners of their own and collective enterprises, and of factories, plantations and estates whose owners have long abandoned their workers. Cooperatives could transcend manufacturing and agriculture sectors, and expand into health care, education, banking and other sectors also. Of course, we need to guard against the tendencies of cooperatives to shrink into economism and move away from social and ecologically sensitive development.  A strong programme of education, based on the values embodied in our Constitution is needed. A social audit of existing co-operatives to map how closely they follow the seven principles of co-operation could go a long way in ensuring that the existing co-operatives remain true to the spirit of social solidarity. Trade unions and other worker collectives should be seen as partners in this exercise. In this manner cooperatives and social solidarity enterprise can create greater common good for all.