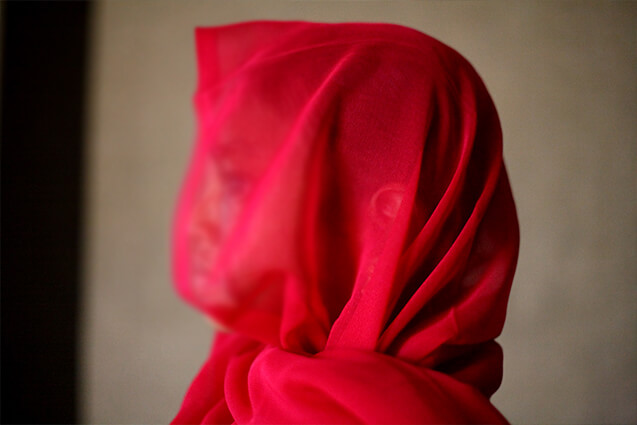 Recently, I travelled to Bijapur in Karnataka to meet some Muslim women activists. At that time, I did not think the trip would compel me to ask myself a very basic question: what does it mean to be truly in the service of Allah?

Accompanying me was social worker Tajbhai who is associated with the NGO Swaraj that works for women’s rights. At our first stop, we met about 60 women in the garden of the mausoleum of Ali Adil Shah II, Bara Kaman. This was a feisty group. Not shy of expressing their radical views, this group demanded equality and justice for themselves and other women. No one could miss their eloquence when they talked about women’s rights in marriage and society. It was, as I saw it, a no-nonsense group that had begun to practice what it preached.

A few moments and several conversations later, I realised the women were uneducated and came from underprivileged backgrounds. Pleasantly surprised, I turned my attention towards Fatima Apa, a member of the group, as she narrated an incident where she and her army of women activists had taught a young man a much-needed lesson. The man in question had eloped with a young girl despite being married and father of a newborn daughter. The Nyaya Panchayat comprising these women not only tracked down the man, but also made him apologise to the wife and the girl. They also made sure he deposited a sizeable amount in fixed deposit for his first wife and child.

Another member, Dawal Bibi, told me how after years of being tortured by their husbands and in-laws, all of them had decided to express their dissent. I noticed the pride with which she informed me that in the past few years, the group came to be known as the courageous samaritans who encouraged women to be fearless and interact with the district administration and police to seek justice. The word of their endeavour has now spread as far as Maharashtra and they are often called upon to resolve marital, property and children’s custody disputes. But they knew that none of this would have been possible if Allah had not been on their side. They believed their actions complied to what the Quran taught and were grateful to Allah for enabling them to help others. It was delightful to listen to their radical interpretation of the Quran. But my happiness was shortlived.

Tajbhai and his team members had told me how they sometimes rely upon an Alima (a woman scholar) to help them in their endeavours. The moment we reached her house I was ushered into a private room inside with other women while the men sat in the drawing room. She was covered head to toe in a hijab. After seeing her, I was curious to know more about her role in helping women’s groups. She said she was merely trying to spread the message of Islam and her main attempt was to bring women to the ways of din (religion). As the conversation proceeded, I told her about the group of women I had met in the morning. She did not share my excitement. She said she advised women not to go out of their homes “unnecessarily”. Reason?

“Allah wants women to be at home as they are nazuk,” she said, adding that if at all women went out, the Quran directed them to wear a hijab. She emphasised on the need to follow the ways of the Shariat and offer namaaz five times and fast regularly. All for the religion.

I wondered if wearing a hijab and offering namaaz had made the Alima a greater Muslim than the Nyaya Panchayat group? Horror-struck by her views on the religion, I wondered if the voices of Fatima Apa and Dawal Bibi were not Muslim enough? Surely they resounded in Allah’s ears as they are still resounding in mine.