Photo: Women are working in the field in Alwar district, Rajasthan. Photo Credit: Florian Lang | ActionAid
Suman’s back is aching from lifting and throwing mud from the bund site. She is part of an eight women group working under Mahatma Gandhi National Rural Employment Guarantee for construction of bund around a water source in a non-descript village of the chronically drought-ridden Bundelkhand region of Uttar Pradesh. The area is parched, seasonal rains are the only source of irrigation, the contour bunds that Suman’s group is building will help collect water for irrigation after the monsoon.

Suman is a mother of 3 girls, Rani the eldest goes to school, Nandi, the 3-year old looks after the 9 month-old Tara. Nandi and Tara accompany Suman wherever she goes as they are too young to left by themselves. Suman used to leave her kids with her in-laws, but after they died and with her husband moving to another district in search of work, Suman was left with no option but to take her two younger children along with her. There are no facilities for a creche and Suman speaks about how she keeps one eye on them while she works, but ignores the little troubles Nandi and Tara go through as it is important to work so she can feed them.

The Economic Survey 2018 states that approximately 4.6 crore households were given employment under the MNREGA scheme, of which 54 per cent were taken up by women. Under the scheme which guarantees 100 days of work in a year, on an average the women are getting only 40-50 days of work, with delayed payments and poor work site facilities.

It is a lunch break, the women are sharing their bread under a tree and catching up with their social life. There was an assortment of jaggery, chutney, achar, saag and roti. All the women had woken up early in the morning, cooked for their families, sent off their school-going children, packed their own lunch and had come to work site.

In the group Rajini was telling the story of Seema, the cook at the ICDS centre in the village. Yesterday, Seema had prepared porridge which some children from upper-caste families had refused to eat because they did not want to eat meals prepared by a Dalit. Their meals were wasted. Seema had been asked by the ICDS supervisor to stay at home, however Seema refused and went to work. Rajni said, that Seema believed that it was her right to do her duty properly and she would not sub-contract her work to an upper-caste woman. The women wondered in silence about Seema’s fate.

Their reflective mood was broken by the work inspector ordering them back to work. The women requested for some more, but he walked away threatening to pay less if they took too much time. Two women walked towards the bushes to relieve themselves and the rest went back to work.

Under the scorching sun, the women continue to lift small boulders, place them in a symmetrical manner to raise a soil bund along the contour of the land to capture water flowing down the slope of the ground. In the neighbouring plot of land, some women were weeding and cleaning the fields. These women had come to work in the early hours of the morning and seemed to be unaffected by the heat, sweat and hunger. They single-mindedly remained focussed on plucking the weeds and clearing the soil of stones, for if they were late in sowing, the crop would fail.

It was now nearly five in the evening, the work done by women at contour bund had been marked by the inspector and as like every day there were raised voices disputing the valuation of the work done for the day. After usual heated exchanges, the women walked to the nearest stand, to catch a bus that would take them to their village.

On the bus, they meet other friends returning from work, many worked as domestic workers in the towns. The women exchange notes. Rural domestic workers feel lost in big towns and find it hard to negotiate wages. There is no legislation to protect their interests or recognise them as workers. In similar buses in different parts of the country, rural women workers meet women workers engaged in factory work in the cities, such as garment workers. Payments in garment factories are good but women feel caged, they have to work for eight hours, sometimes always on their feet, no socialising, not even taking “bio breaks”. The garment sector employs more than 10 million women in India however social security and poor working conditions continue to plague the lives of women workers.

The bus has women of all ages – young, middle-aged and even older women. Some had carried their children to work and were now tending to their needs. Others were discussing about household chores which are left to be done. Some were discussing relationship issues with their peers. To cheer up the group, one of them gets up and urges others to sing a folk song before ‘their second shift begins’ – the unpaid care work at home.

Women’s limited opportunity for education and skills confines them to spaces where their work largely remaining invisible or unpaid in nature. The labour force participation rate for women is one of the lowest in India which is only 25.6%, and 94% of women workers continue to be in unorganized sector and within wage, structure end up earning only 62% of their male counterparts with rural women getting 22.24 per cent less than men. For non-agricultural labourers, the average daily wage rate for women is 24.06 per cent less. The care work (cooking, cleaning, elderly care, fetching water) done by women at the household level, the services rendered by women at the community level are also forms of economic production which continue to be unrecognised, undervalued and underpaid here in India.

Data from Census 2011 tells us that rural women make up 81.29% of the female workforce in India. But in the imagination of most our policymakers and administrators, women’s labour remains invisible.

(The above piece is a fictionalised narrative representing the face of rural women in the world of work in India.) 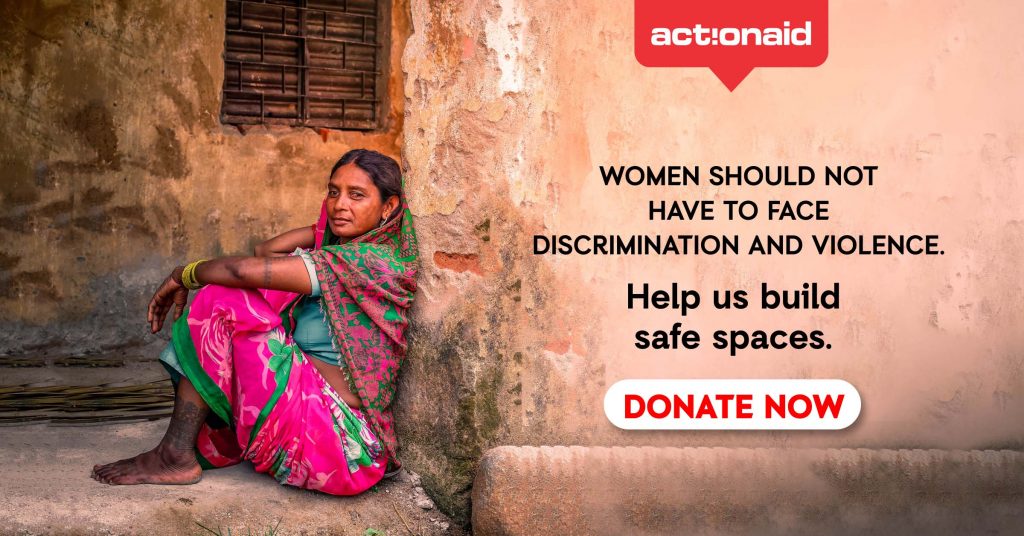