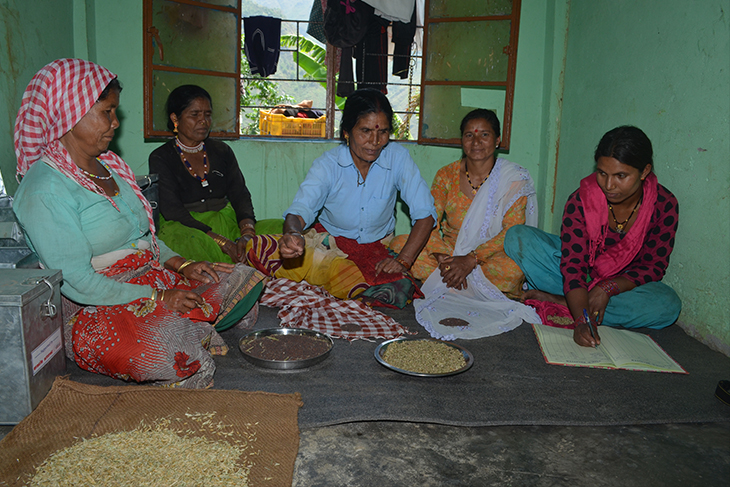 Association for Rural Planning and Action (ARPAN) and ActionAid Association, with support from Oracle, have been working towards the empowerment of women farmers from marginalized communities in Pithoragarh, Uttarakhand. Running across 15 villages of three blocks of Pithoragarh, namely Dharchula, Didihat and Kanalichhina, this initiative is building capacities of women on various issues, besides facilitating the formation of women’s collectives and strengthening them.

We are pleased to share that 16 women’s farming collectives have been formed across the 15 intervention villages with a total membership of more than 800 women farmers. As part of this initiative, through training programmes and exposure visits, these women farmers have been oriented on low-cost farming techniques, climate-resilient sustainable agriculture, vegetable farming techniques, seedbanks, tool-banks, formation of vermicompost as well as the marketing of agricultural produce. Besides, these women have been linked with several government schemes and entitlements.

You would be happy to learn that these women have now started selling their produce in the local market and are making good profits. They are also planning to form a federation in order to enhance the marketing of their various products. Through the consistent efforts of these collectives, 16 seedbanks have been opened across the three intervention blocks and nearly 850 women farmers are associated with these banks. Nearly 4.5 quintals of 15 varieties of seeds are available in these banks. 105 women are also now linked with the goat bank.

Besides, two water-tanks have been set up in the district for water conservation. Furthermore, 25 quintals of organic manure has been prepared by these women over the last six months in 79 vermicompost pits, out of which 5 quintals was sold in the market while the rest used in their own fields. Well, what’s more! 65 women are now growing vegetables in their kitchen gardens, and they are happy to see fresh, nutritious and healthy food being had by them and their families.

It is important to note here however that this programme has not just been about the economic empowerment of these women engaged in agriculture and allied activities. Besides supporting them in their livelihoods and income-generation, these women’s collectives have been equipped with awareness on the various social security schemes and on gender justice. As a result, a strong women’s leadership can be seen emerging in these villages and they are now advocating for their rights. Single women, who were once seen as a vulnerable section, have also now started asserting their rights to a life of dignity and free from discrimination and violence. 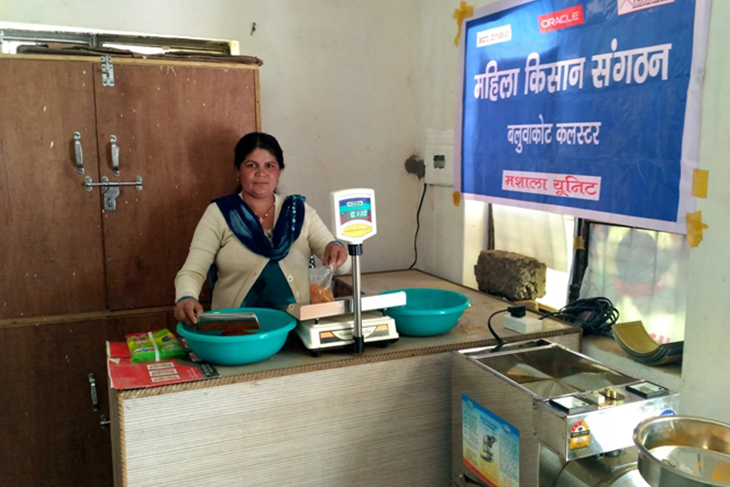 
One such single woman is 39-year-old Geeta Devi from Dharchula block. After her husband passed away, she’s been the sole bread-earner for her three children. “We, in Pithoragarh, are hugely dependent on agriculture and forests for our livelihood. Earlier, women used to work in the fields but the produce, its sale and the income was all in the hands of men in the families,” recalls Geeta. “ActionAid encouraged us to form groups of women farmers and organized trainings for us on organic farming, seedbanks, marketing etc. Upon application of the new techniques learnt, our production started to increase and we are now selling it in the local market,” she further adds.

Furthermore, the exposure gained by Geeta and other women farmers from her collective got them inclined towards processing some of their products for improved marketing and incomes. They decided to thereafter start a masala unit. And thanks to the advocacy by this empowered group of women with the concerned officials, they soon were also allotted space in the local market to set up this unit. This unit is now benefitting nearly 125 women farmers, including from the neighbouring villages. 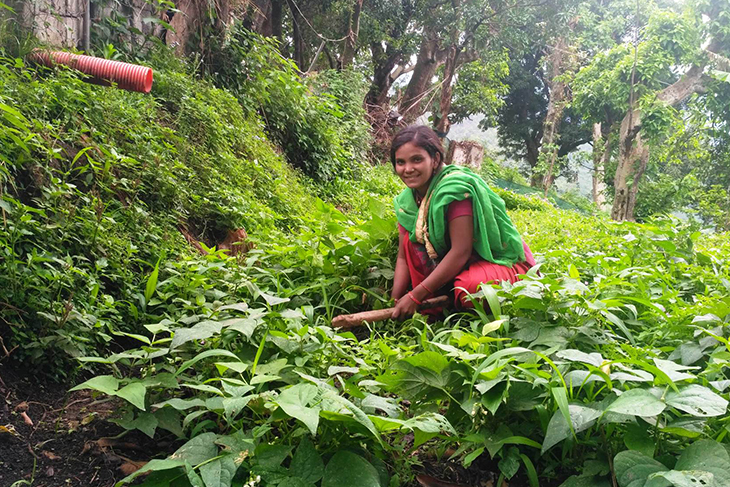 
25-year-old Sunita Devi from Kanalichhina block is no less happy! Member of the local women’s collective, Sunita says, “The production of vegetables in my garden has doubled after using the vermicompost, enabling me to also sell some part of my produce besides family consumption”. Sunita is also a member of the goat bank formed in her village. “I have 13 goats and I sold a goat last month earning Rs. 2,000. Besides, I was linked to the government’s husbandry scheme, as a result of which I got a goat shed and four chicks. I now have two cows too,” shares Sunita with happiness shining bright in her eyes. She further proudly tells us how her collective was also able to resolve a case of domestic violence too, being faced by one of the members of their collective.