How to make witch hunts history 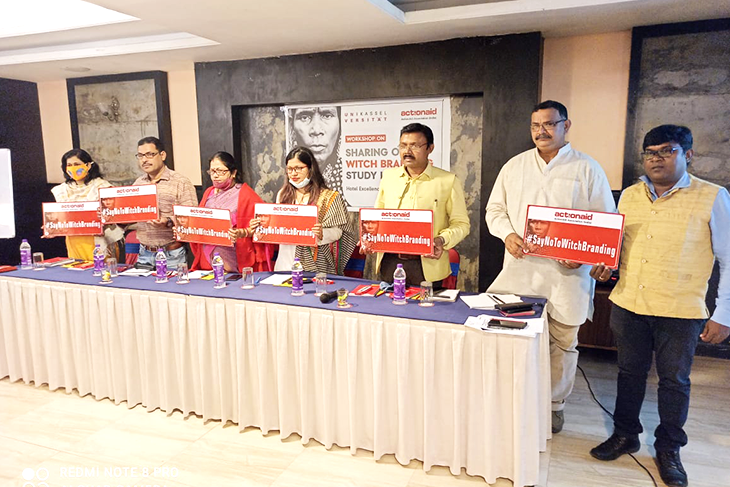 World Day Against Witch Hunts was celebrated a few weeks ago, as the second anniversary of the day. It was only last year that activists and social organisations declared 10 August as an occasion to bring witch branding and witch hunts into the public discourse. This horrific social practice continues to be part of our contemporary world, and many, mostly women and children, and some men continue to be branded, castigated, externed to a life of isolation, or even killed, without adequate protection from the state.

History tells us that in Europe between the 15th to the 17th centuries, an estimated 40,000-60,000 women, children and men accused of witchcraft were lynched and killed, in processes that were sanctioned by the Church and the State. In that era of bigotry and fear, there were booklets published on how to identify witches, regular witch trials conducted and executions carried out. While that may have become a chapter in history, these abhorrent practices still prevail in our world. While correct figures may never be available, a few thousand, mostly women, still get murdered every year. According to India’s National Crime Records Bureau data, more than 2500 people, mostly women, have been killed in India between the 2000-2016 on being accused of witchcraft, putting the number to more 150 deaths annually. Similarly, in Nepal in the year 2018-19, their police had 51 victims of witchcraft, nearly all elderly women and widows. A WHO report in 2002 states that in Tanzania nearly 500 elderly women were killed annually after being accused of witchcraft. Modern day witch hunts and killings are not only confined to South Asia and parts of Africa, but are prevalent across the globe.

It is not only a question of death for those condemned; those who escape death face a condemnation of their futures. Once suspected and accused of witchcraft, they live in perpetual fear and lifelong anxiety. They and their families are often subject of several human rights violations. The numbers of those who live in fear of being called a witch or are accused, can never be counted by our record keeping systems.

There is a strong gendered dimension to witchhunts, given that a large majority of those killed in this patriarchal assertion are women, and amongst them older women, single women and those who dare to assert themselves. What is also emerging are children being branded as witches. In a2009 report, the Special Rapporteur on extrajudicial, summary or arbitrary executions, Phillip Alston, noted that most of the 25,000 – 50,000 children living on the streets of Kinshasa, the capital of Democratic Republic of Congo, are there because they have been accused of witchcraft and were rejected by their families. As the UN High Commissioner for Refugees noted in same year, abuse of children accused of witchcraft was rising and prevalent in countries which had suffered conflicts, and child soldiers had emerged as a threat or where sudden disease onsets like AIDS and deaths were ascribed to children with supernatural powers.

There have been various reasons why branding happens and an analysis of trends from available data and case records of several countries, tells us that the most important common reason is a suspicion of creating misfortune – a death, an illness, HIV/AIDS, a failure of harvest, a drought, or a sudden reversal of economic conditions. But the blame of misfortune is not the sole “cause” of witch branding. Across the world the practice also is an attempt to keep women in their “place”. Women who are single, or old, have land and resources are often targeted as witches or “dains” by one among the relatives or clan to take control of the resources. It is also for this reason that often, women who “fail” to adhere to prevalent patriarchal norms are suspected and accused. Branding involves a systemic discrimination on grounds of gender, disability, caste, ethnicity and age.

Early results from an ongoing ActionAid Association field study carried out selected districts of Assam, Jharkhand, Madhya Pradesh, Meghalaya and Odisha, tell us that among the primary reasons for branding people witches were suspicions of causing illness, unconventional religious practices, land conflicts, presence of strangers in the village, and jealousy for sudden family fortunes. Importantly, assertion by women, is also noted to be one of the reasons.

In response to the prevailing practice of witch branding, several states of India have enacted legislations criminalizing witch branding and have stepped up efforts for protection and rehabilitation of those branded as witches. Bihar, Jharkhand, Maharashtra, Chhattisgarh, Odisha, Rajasthan, Assam and Karnataka have enacted these legislations to prevent and eradicate this inhuman practice. However, several others states which have reported cases of witchcraft, do not have these much-needed protective legislations. A review of the current state laws on witch branding also points to their gaps, where survivors are unable to come out of social ostracism, displacement and several other rights denials. A national legislation building on the lessons from existing state laws and one which focusses with criminalization of branding, enables investigation, persecution and punishment of offenders in all murders of alleged witches on the one hand, and rescue, protection and full economic and social rehabilitation of all those accused of witchcraft, is the need of the hour.

Such a legislation will help build a national discourse, and will also provide an enabling environment for human rights and justice defenders to act. However, we also know that legislations only go that far to address practices embedded in social hierarchies. Despite several decades old legislation criminalising the practice of untouchability, the practice continues. Beyond the legislations, what is needed is popular education campaigns building on advancing rationality and scientific temper, and a momentum to eradicate the evil of witch branding. The celebration and public recognition of human rights defenders would be a very welcome step. ChhutniMahato was conferred the Padma Shri this year, for her role in rescuing over a hundred women branded as witches. The singular efforts of Chhutni Mahto, strongly tells the nation of the need for rescue and protection of those who are accused and endangered by the practice of witch branding.

Prevention of community trials is a key step for ending regressive social practices which are in collective mindsets. As the past European experience informs us, bringing such accusations to the courts, which operate on evidence, could be a step in the right direction. We know that in case of community trials of witchcraft, proceedings are always in the realm of speculation, and can be manipulated by dominant sections. In India, Gram Panchayats can play a leadership role in bringing such disputes to the courts, and they need to be directed to do and made responsible for non-compliance.

In recognition of the gendered dimension of the practice of witch branding, sustained popular education campaigns recognising and celebrating the diverse roles of women in society, and advancing womens rights would go a long way in humanising our society, and in making any attempt at witch branding the historical fallacy that it is.

Disclaimer: The article was originally published on Republic News India. The views expressed in the article are the author’s and do not necessarily reflect those of ActionAid Association.