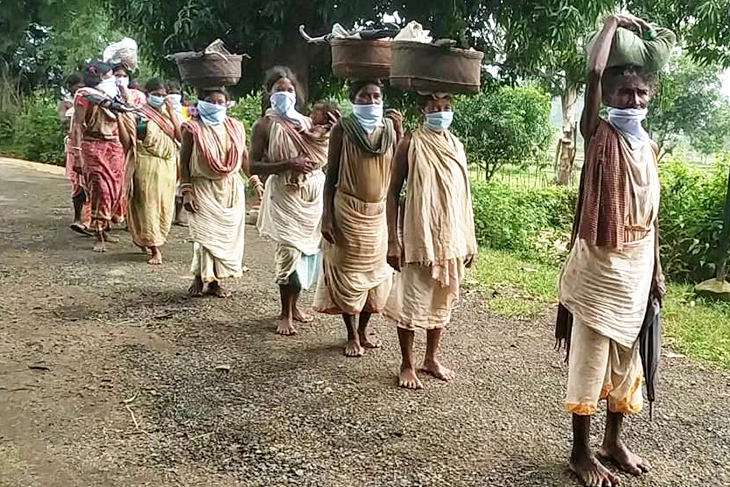 Indigenous peoples are known for the healthy relationship they have with the natural world and for their traditional knowledge, practices and culture. Another major characteristic that these peoples have shown is resilience in the face of the gravest of threats. Every year on August 9, the world observes International Day of the World’s Indigenous Peoples to raise awareness about the needs of tribal and indigenous peoples. This International Day of the World’s Indigenous Peoples 2020, as we battle the COVID-19 pandemic, it becomes imperative to talk about the impact on indigenous peoples, their vulnerabilities, how they are facing them and the support they need.

Generally, the spring season stands for abundance of food, nutrition, income and of course, celebrations in the lives of tribal people in India, especially the forest-dwellers and the Particularly Vulnerable Tribal Groups (PVTGs). They harvest around 60%-80% of the annual collection of Minor Forest Produce (MFP) during this time, which they sell or exchange in return for other items for household consumption. Several medicinal herbs and tubers are also collected, processed and stored to be used through the year to treat the various ailments, selling or exchanging any surplus they are left with. While mahua is usually bartered for salt and lamp oil, kendu patta is sold at the collection center in return for cash. Dry bamboos are harvested and generally sold in the market for house construction. Often, petty businessmen purchase fruits from the tribal people and take them to cities for sale.  The income that tribal people earn during this season acts as savings for them for the rest of the year to meet any unforeseen expenditure.

However, this year, amid the coronavirus outbreak and the subsequent containment measures, the well-being of tribal communities has been adversely affected beyond comprehension. Due to the lockdown starting March, villages were barricaded and people were not allowed to move out. It was difficult for forest-dwellers to move in groups for the collection of Non-Timber Forest Produce (NTFP). Furthermore, physical distancing as a concept is beyond the understanding of many PVTGs as they have always led a community-based life. Their routine activities have always involved groups. There were no markets, no businessmen! Several people did not even have salt at home. In the small huts that they live in, they did not have adequate storage space for the collected NTFP items. which therefore ended up crossing their shelf life. On top of it, they did not receive much support from the forest officials. In fact, in several instances, these officials took away some portions of the produce in the name of illegal hoarding.

Similar problems were faced even by the pastoral tribal communities who depend on livestock in arid zones. They could not reach their destinations or got stuck on the way. They were not even able to sell their livestock products. Those who continued to be in their villages exhausted their local pastures and had no money to purchase fodder. Besides, the migrant tribal labourers had to walk long distances to reach their villages, often with no money or food. Due to the lockdown, this year, no gatherings, celebrations or mass worships could take place at the community level either.

Preparedness to face the lockdown situation should have been considered for such vulnerable communities. If the Panchayats (Extension to the Scheduled Areas) Act (PESA) and the Forest Rights Act (FRA) were implemented in true spirit in tribal areas, it would have given the tribal people some scope to plan their development through the process of Gram Sabha. The Gram Sabha would have then been able to plan regarding the NTFP items harvested, their processing, storage and sale. This would have also created work opportunities at the local level for collection and processing of NTFP. However, the provision of ration has helped save PVTG communities from starvation but more food supply would be required to deal with future uncertainties.

You can support ActionAid Association’s COVID-19 relief and response efforts by clicking here.