Nearly two decades have passed since the Super Cyclone made its landfall in Odisha, but the communities there still have the date – October 29, 1999 – etched hard in their hearts and minds. This is not surprising. The cyclone claimed nearly 10,000 lives, left lakhs of houses damaged, people homeless and causing unimaginable damage to crops and livelihoods. Livestock casualties also ran into lakhs. There was huge destruction caused to infrastructure and industry in the state.

I was amongst those who worked in the aftermath of the Super Cyclone, and I remember how unprepared we were for the calamity that struck! I had the opportunity of working in Kerala during the recent floods and sadly, I found that we were again caught unprepared when the floods struck! Fisher-folk communities and the armed forces saved countless lives, and solidarity support for affected communities was received, both from people within the state and outside. We need to work towards reducing disaster risk, building greater resilience within communities and for households, and greater preparedness to face the impact of extreme weather, which in this era of climate change is sure to increase both in intensity and in frequency of incidence.

Having worked in Odisha for the last few decades, which is a state that is prone to cyclones, floods and drought, and being part of disaster response teams in India and abroad, including the ActionAid India team working on the ground in Kerala, I would like to share a few lessons we could learn from Odisha.

Following the floods this year, as the Government of Kerala and the civil society are together planning to build a Nava Keralam (New Kerala), special focus is needed on the kind of infrastructure and technology that the state requires. While strong flood-resilient structures/shelters are required to be built where people can move to as and when the need arises, setting up efficient early warning systems would go a long way in strengthening the state’s disaster preparedness.

In Odisha in 1999, there were virtually no cyclone shelters in Jagatsinghpur District, Odisha during the Super Cyclone. Following the disaster, the state government prioritized the setting up of disaster-resilient shelters; now, the state has 203 cyclone shelters and 52 flood shelters. ActionAid India had built a model cyclone shelter, spreading over 2000 sq. ft. area and 33 ft. high, with provisions to shelter nearly a thousand people, with separate toilets for women and men, space to house livestock, a separate room for pregnant women, barrier-free access for persons with disability, an overhead water-tank for drinking water and a tube-well. This shelter, built in 2002 with support from Wipro, still stands strong. The government has now installed early warning systems on the roof of the cyclone shelter. 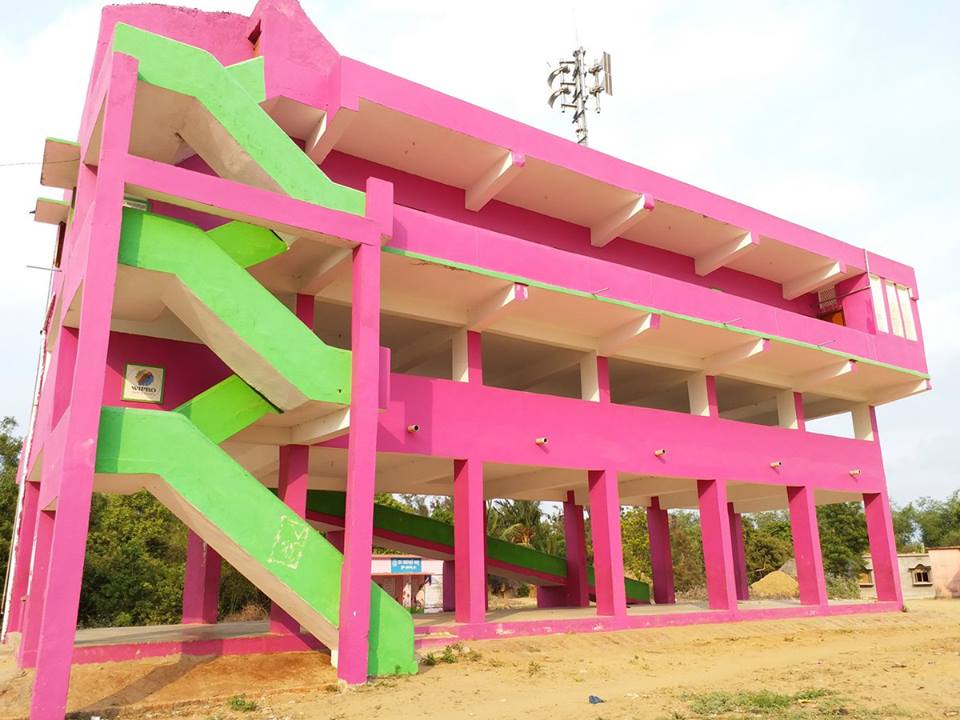 Adopt participatory approaches and focus on capacity-building of communities

What was really striking in the aftermath of the Odisha Super Cyclone was the outpouring of relief in the affected areas; there was huge chaos in managing the amount of relief! It was then that a need for better coordination among civil society agencies was felt. And the same did eventually help in setting the tone for a better and synchronized approach to disaster response. In Kerala too, Sphere India and the Inter-Agency Groups are coordinating the efforts of the various agencies working towards relief and rehabilitation.

It is very important to also build the capacities of people to withstand such disasters. They need a different kind of housing. They need better warning and rescue systems. They need to be able to proactively act in response to those warnings. They need to be involved in mock-drills. During rescue, women, children, the elderly and persons with disability need to be paid special attention given the multiple vulnerabilities they face. And as I stated above, there should be due provisions made within the flood shelters for these vulnerable groups. These initiatives, I’m sure, would go a long way in saving lives and keeping other losses under control the way it happened in Odisha where the number of casualties went down, from as high as 9,885 in the Super Cyclone in 1999, to 45 in Cyclone Phailin and the subsequent floods in 2013, and 61 in the recent Cyclone Titli. The higher deaths caused by Cyclone Titli could be partially attributed to the fact that it impacted an area that had not previously been affected by cyclones, and so the local administration and the communities were not able to take pre-emptive action.

During disasters, it is important to ensure appropriate and transparent utilization of the money that pours in from the various quarters. In the case of Kerala floods too, all agencies – government as well as non-government – need to be accountable to people for whatever is raised in the name of relief and rehabilitation for the flood survivors. ActionAid India has always been advocating for social audits where relief work happens; the organization firmly believes that the affected communities need to know about the quality as well as quantity of relief items they are to receive and the price of each and every item. ActionAid India has been following this model right from the Super Cyclone days in Odisha to the recent flood relief efforts in Kerala, and very successfully so. And people have been appreciating the efforts made towards maintaining transparency and accountability during these processes.

For development to be sustainable, Disaster Risk Reduction (DRR) needs to be an integral component of all socio-economic development strategies and plans. The Sustainable Development Goal – Target 11.5 reads “By 2030, significantly reduce the number of deaths and the number of people affected and substantially decrease the direct economic losses relative to global gross domestic product caused by disasters, including water-related disasters, with a focus on protecting the poor and people in vulnerable situations”. Furthermore, the Sendai Framework for Disaster Risk Reduction recognizes that while “the State has the primary role to reduce disaster risk, that responsibility should be shared with other stakeholders including local government, the private sector and other stakeholders”. The four Priorities for Action under the Sendai Framework include “understanding disaster risk, strengthening disaster risk governance to manage disaster risk, investing in disaster risk reduction for resilience and enhancing disaster preparedness for effective response and to “Build Back Better” in recovery, rehabilitation and reconstruction”. All this can only be possible if the various concerned stakeholders come together and partner; a developed state as Kerala holds immense possibilities for such constructive convergence, networking and collaborations.

All coastal states in India are vulnerable to disasters of various kinds. As discussions regarding a new development model for Kerala pick up the pace, keeping in view the local ecology and the questions of disaster preparedness and sustainable development, we need to examine the structures being built along river-banks and the cutting of forests that has made the entire region vulnerable to various kinds of disasters. Instead of the preference for single-storeyed structures as homes, we need to promote vertical housing pattern. Protection of banks of streams and rivers needs to be done with ecologically-sensitive plantation of mangroves and tree cover. The livelihoods of the fishing communities need to be developed keeping in view the changing climatic conditions. Construction of harbours/boat-yards for keeping the boats safely is very much required to protect the boats of fishermen during any emergency. Also, the agricultural crops should be resilient to salt water. The traditional varieties of seeds that have better resilience to flood water need to be promoted in areas close to sea and river. Short-duration crops can be grown in those areas as part of the efforts to meet climate-related emergencies.

Besides, the Kerala State Disaster Management Authority should be strengthened like its counterpart in Odisha; it should focus just on disaster preparedness while the Revenue Department can coordinate the immediate rescue and relief. Another thing that Kerala today can learn from Odisha is the way each government department in Odisha has developed its disaster management plan. Preparedness of each department at individual level as well as inter-departmental coordination, both are very critical during a disaster.

Kerala, as we all know, is one of the most developed states of the country. The sex-ratio is favourable to women (1084 females per 1000 males). The literacy level is very high (93.91% as per the 2011 Census). As per the Public Affairs Index 2018, Kerala has been seen as the best-governed state in the country. So, I am confident that no matter how unprepared the state might have been in the past, it will soon emerge in the front of the disaster risk reduction movement. More so, for the intent to translate into action, we see there is the will of the government, the talent of the bureaucracy, and the resilience and support of the people.