Let Us Honour All Our Mandelas! 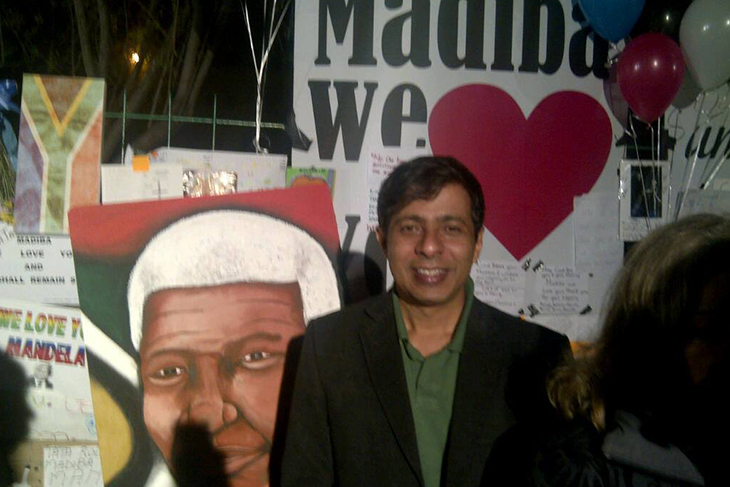 It was on Mandela’s 91st birthday, 18 July 2009, that through a unanimous decision, United Nations General Assembly declared the dayas Nelson Mandela International Day. The struggle and values that Madiba represented and that the UN wanted to honour include his dedication to the service of humanity through conflict resolution, building race relations, the promotion and protection of human rights and justice, reconciliation, gender equality and the rights of children and other vulnerable groups, the fight against poverty and the promotion of social justice. A rare honour for a statesman who was still living. Mandela died more than four years later on 5th December 2013.

It was in 1989 that the process of the negotiated end of apartheid in South Africa started, culminating in the first fully democratically elected government in South Africa with Nelson Mandela as its President in 1994.  He had then proclaimed: “Each of us is as intimately attached to the soil of this beautiful country as are the famous jacaranda trees of Pretoria and the mimosa trees of the bushveld – a rainbow nation at peace with itself and the world.”

Despitethe long walk to freedom, the unfinished agenda that Mandela has left behind could be considered daunting. The “rainbow nation” that post-apartheid South Africa was meant to emerge as, is beset with poverty and inequality, crime and the absence of effective means of ensuring justice, end to racism, xenophobia and corruption. The promise of real freedoms still eludes masses of South Africa, as it does for majorities of our world.

However we need to reflect on what kind of a world we would have if Mandela had not lived his life of “selfless service to South Africa, Africa and the world. He offered us all a role model for leadershipand struggle for a just and equal world that lives the political values it preaches and acts in honour of human rights, justice and dignity for all, without abusing its position of power,” as was stated by Fatima Shabodien, then ActionAid South Africa’s on hearing the news of his demise.Sandeep still remembers joining thousands who gathered every day and night to keep vigil of solidarity, strength and prayers outside the Pretoria hospital where an ailing Madiba was fighting to live in July of 2013.

Mandela has left a legacy of solidarity towards struggling people across the globe, especially the Global South. His unflinching support to Palestine and its people and that of Cuba, and as President of South Africa his interventions for peace and reconciliation across the world are sorely missed today. With war and conflict still continuing across the world, and emerging in Europe after 30 years, the world sorely needs a peacemaker.  Statesmanship is also needed to save the planet and life as we know it as we continue on the suicidal path of global warming and climate injustice.

In India, ActionAid Association has seen Mandela Day as an occasion to celebrate his life, reflect on his vision and reaffirm the conviction to work together to build a better world. We remain inspired by Mandela’s statement that: “Overcoming poverty is not a task of charity, it is an act of justice”. We remain inspired by his struggle for freedom and indeed the courage of all in our world who continue to sacrifice much for equality, justice and peace.

Mandela has received around 260 awards across a span of 40 years, most after his release from prison in February 1990, including the Nobel Peace Prize in 1993. It has been argued that the universal acclaim and the hagiographic accounts of Mandela, in many ways rob his legacy of its radical and social transformative potential.

While we honour the memory Nelson Mandela, let us recognize that he emerged from a movement and from organisations that led that movement. Perhaps the best way to pay tribute to Nelson Mandela is to understand his politics, his comrades and the organisational values that shaped him and that in turn he shaped. The movement’s vision for a post-apartheid included both social and economic justice.  For those who wish to build a just and equal world, the South African struggle has been and will continue to serve as an elixir for constructive vitality.

Sadly, the world has not learnt the lesson of the need to nurture, protect and celebrate all our “Mandelas” – the human rights defenders who as individuals or organisations work for the protection and promotion of rights of others. A news report in The Guardian quoting various reports stated that 2020 saw the murder of at least 331 human rights defenders promoting social, environmental, and racial and gender justice in 25 countries, with many more beaten, detained and criminalised because of their work.

This year Mandela Day seeks to highlight the issue of food security and climate change, with the slogan: “Do what you can, with what you have, where you are.” Honouring Nelson Mandela, would really mean honouring all human rights defenders across the world, as they are the Mandela’s of our time and of the future, to realise the great tasks that await us all.