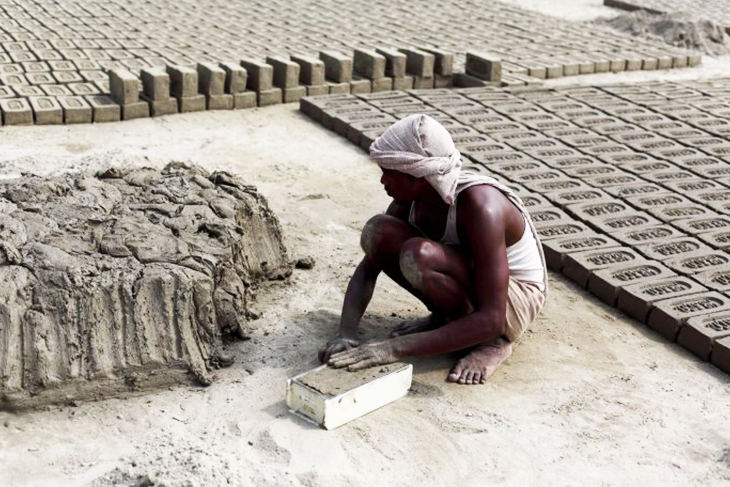 The progression of society, says Henry Maine in “Ancient Law”, is defined by the movement from the status to contract. Status being seen determined by birth and family and contract as the “free agreement of individuals”. International treaties and instruments of human rights and the Indian Constitution embody fundamental rights to preserve the dignity of an individual through socio-economic progress. However, mired in caste-based occupations, scheduled castes (SC), scheduled tribes (ST), and other weaker sections cannot break free of the social shackles placed on them by the contingency of birth. Social hierarchies contribute to denying them access to secure and dignified employment. The persistence of bonded labour in India is a sad reflection of the progress we have made as a society.

Recognizing this, India drafted and enacted “The Bonded Labour System (Abolition) Act”, in 1976, a robust law to identify, rescue and rehabilitate bonded labour.  The Act defines bonded labour as “any system of forced, or partly forced labour.” The law stipulates that a release certificate should be issued to victims rescued from bonded labour, and compensation should be paid. There are also provisions for the conviction and imprisonment of contractors to deter perpetrators and guarantee justice.

However, forces of globalization, increasing climate crisis, conflicts, refuge and migration trends, human trafficking for forced labour and sexual exploitation have rendered The Bonded Labour Act ineffective.  Furthermore, several sectors of the economy have also become increasingly flexible to labour standards, making workers even more vulnerable to bondage. In addition, new forms of labour “unfreedoms” whose existence is difficult to prove, are also evolving. These include overt and covert threats of violence to workers and their families, coercion and delayed payments. Instances of extreme violence on workers include burning houses and confiscating produce, with perpetrators escaping prosecution and conviction.

The changes in the world of work and emergent unfreedoms warrant widening of the scope of bondage in The Bonded Labour Act (1976). A reappraisal of different components of the Act is essential in ensuring its receptivity to present-day challenges.

Firstly, a review of the definition of who is considered bonded labour in law is required. The current definition embraced in the Act intersects the idea of coercion and unfreedoms of bondage to the facts of debt, advances and minimum wage. The 2018 International Labour Organisation’s (ILO) Guidelines concerning the measurement of forced labour would be of particular relevance in revising the definition as it would allow for the Act to incorporate newer forms of bondage.

There is also a strong need for delineation of powers. The Act places the responsibility of inquiry and rehabilitation of the rescued victims on the District Magistrate (DM) of the respective area. The DM is tasked with inquiring into cases of suspected bonded labour and providing release certificates and compensation to victims. This amalgamation of duties ties into another drawback – the trussing of conviction with rehabilitation. Without a swift and just process of legal conviction, victims are unable to seek compensation and rehabilitation. Therefore, it is essential to sunder the link between the two.

The law provides for vigilance committees in every district, with active members from officialdom and the civil society space. Yet, in several districts, vigilance committees remain inactive or non-existent. Transparent processes are needed for the monitoring of the vigilance committees, making their work accountable to all. Additionally, Gram Sabha’s and panchayats should be assigned leadership in issues pertaining to bonded labour. They can closely monitor families at risk of contract bondage and work with authorities to rescue, release and rehabilitate victims.

Both social and institutional leadership are critically needed. Human Rights Courts, an idea birthed in the Protection of Human Rights Act (1993), should be set up and, where in existence, empowered to tackle the abysmally low conviction rates.

Finally, the recent Trafficking in Persons (Prevention, Care and Rehabilitation) Bill (2021) extends the scope of the erstwhile Act to outside India. This extension is critical as it offers protection for workers trafficked across international borders. The bill accounts for the rescue, protection, repatriation, rehabilitation, psychological assistance and reintegration of victims.

As the phenomenon of bonded and forced labour continues to descend into a covert yet ubiquitous chasm, a timely, effective and multipronged approach is required. A comprehensive revaluation of the Bonded Labour Act is an imperative first step in the attempt to make bonded labour systems history. Additionally, forthcoming legislation and policies must take cognizance of the atrocity and make provisions to solve it.

The injustice faced by the tragedy of birth is one of the most blatant forms of oppression in our civilization, and we must build a society where the free association of individuals is attainable.

Disclaimer: The article was originally published on APN Live. The views expressed in the article are the author’s and do not necessarily reflect those of ActionAid Association.