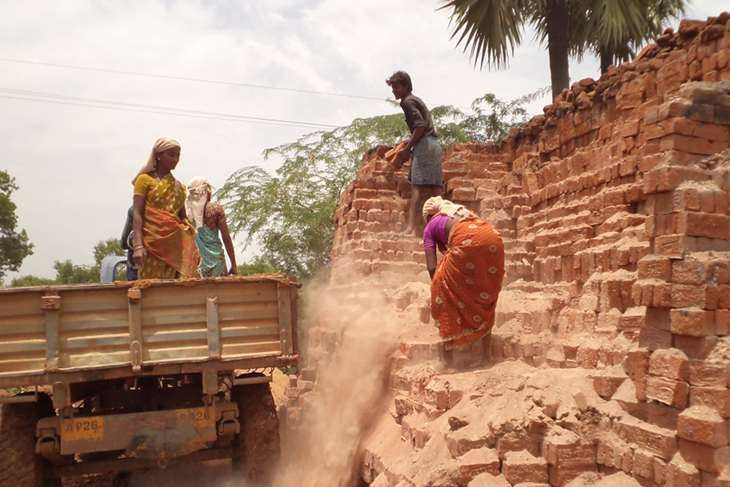 Henry Maine points out in his text “Ancient Law” that the movement from the status of birth to contract defines the progression of society. International treaties and instruments of human rights and the Indian Constitution embody fundamental rights to preserve the dignity of an individual through socio-economic progress. However, mired in caste-based occupations, scheduled castes (SC), scheduled tribes (ST), de-notified tribes, and other weaker sections cannot break free of the social shackles placed on them by the contingency of birth. Social hierarchies contribute to denying them access to secure and dignified employment.

Being one of the major countries to address the issue of bonded labour, India drafted and enacted robust legislation, “The Bonded Labour System (Abolition) Act”, in 1976 to identify, rescue and rehabilitate bonded labour.  The Act defines bonded labour as “any system of forced, or partly forced labour.” The law stipulates that a release certificate should be issued to victims rescued from bonded labour, and compensation should be paid. There are also provisions for the conviction and imprisonment of contractors to deter perpetrators and guarantee justice.

People working in brick kilns, as domestic helpers, carpet weavers, bidi makers, construction, in the sex trade and migrant workers are susceptible to being entrapped in bonded labour. Contractors or traffickers often forcibly secure identification documents of the workers to restrict their mobility. The change in the forms of bonded labour has made it challenging to identify the issues and even the number of people trapped in bondage.

There have also been gaps in enumeration and estimations of bonded labour prevalence in districts. The Gandhi Peace Foundation with the National Labour Institute carried out a pioneering survey to enumerate bonded labour in India in 1978. It estimated the existence of over 26 lakh (2.62 million) bonded labourers. Most of them (62%) were SC, and 25% were ST. However, there have been no systematic government surveys after. The last four decades have seen efforts by successive administrations to downplay the existence of bonded labour or fail to recognize its mutating forms. In 2019, the Ministry of Labour and Employment identified 3,13,687 bonded labourers, out of which 2,93,725 victims have been rehabilitated. Notwithstanding the numbers of workers who joined the ranks of bonded labour since 1979, going even by the estimates 1978 survey, only a paltry percentage has been rescued and rehabilitated by the authorities concerned.

Ratifying the Forced Labour Convention of 1957 – 41 years after it came into force – India aspires to end bonded labour by 2030 under the Sustainable Development Goal 8.7 of ending forced labour, human trafficking and child labour.

A review of the definition of who is considered bonded labour in law is required. The current definition embraced in the Act intersects the idea of coercion and unfreedoms of bondage to the facts of debt, advances and minimum wage. With globalization, increasing climate crisis, conflicts, refuge and migration, several other challenges have also emerged, such as human trafficking for forced labour and an increase in sexual exploitation. Several sectors of the economy have also become increasingly flexible to labour standards, making workers even more vulnerable to bondage. In addition, new forms of labour “unfreedoms” whose existence is difficult to prove are also evolving. These include overt and covert threats of violence to labour and their families, coercion and delayed payments. Contractors use threats and extreme violence on workers, including burning houses, confiscating produce, and escaping conviction.

Immense changes in the world of work and emergent unfreedoms warrant widening of the definition of bondage in the Bonded Labour Act (1976). The 2018 International Labour Organisation’s (ILO) Guidelines concerning the measurement of Forced Labour would be of particular relevance on this revision as it would allow for the Act to incorporate newer forms of bondage.

Secondly, there is a strong need for delineation of powers. The Act places the responsibility of inquiry and rehabilitation of the rescued victims on the District Magistrate of the respective area. The DM is tasked with inquiring into cases of suspected bonded labour and providing release certificates and compensation to victims. This amalgamation of duties ties into another drawback – the trussing of conviction with rehabilitation. Without a swift and just process of legal conviction, victims are unable to seek compensation and rehabilitation. Therefore, it is essential to sunder the link between the two.

Creating greater social energies and momentum for abolition of bonded labour practice would need strengthening mechanisms of vigilance. The law provides for vigilance committees in every district, with active members from officialdom and the civil society space. Yet, in several districts, vigilance committees remain inactive or non-existent. Transparent processes are needed for the monitoring of the vigilance committees, making their work accountable to all.

Both social and institutional leadership is critically needed, given the continued prevalence of bonded labour. Human Rights Courts, an idea birthed in the Protection of Human Rights Act (1993), should be set up, and where in existence, empowered to tackle the abysmally low conviction rates.

Furthermore, the institutions engaged in implementation need to be expanded and strengthened. The involvement of the panchayat in sensitizing vulnerable populations in their villages is intrinsic. The leadership of Gram Sabha’s and panchayats would provide an impetus to identify families at risk, provide support to vulnerable families and those at risk of contract bondage, prevent bondage, and work closely with the authorities for rescue, release, and eventual rehabilitation of bonded labour.

Despite the new Central Sector Scheme (CSS) 2016, there remain challenges with rehabilitation released bonded labour. The implementation of the CSS has been slow. Apart from the initial amount of Rs 20,000 offered at the time of release certificate, the rehabilitation amount is subject to conviction. Inadequate rehabilitation does not enable bonded labour to escape the shackles of bondage, and they remain vulnerable to being forced into another cycle of trafficking and bondage.

There is a discussion in civil society to set up, on lines of the E-Shram portal, a national portal of bonded labour to make the processes transparent and accountable. Similarly, a timely national survey of bonded labour is essential. There is a need for a national employment policy that guarantees dignified employment and livelihood opportunities in a rights framework while also securing solid protections for those denied, including all victims of bonded labour.

Finally, the recent Trafficking in Persons (Prevention, Care and Rehabilitation) Bill (2021) extends the scope of the erstwhile Act to outside India. This extension is critical as it offers protection for workers trafficked across international borders. It also widens the scope of conviction and brings public servants, army personnel or authoritative figures within its ambit. In addition, the bill accounts for the rescue, protection, repatriation, rehabilitation, psychological assistance and reintegration of victims.

As the phenomenon of bonded and forced labour continues to descend into a covert yet ubiquitous chasm, a prompt, multipronged approach is required. First, a comprehensive approach spanning from amendments in the law to the activation and involvement of different institutions must be chalked out and implemented. Second, updated legislations and policies must take cognizance of new forms of bonded labour and make provisions to address it.

The injustice faced by the tragedy of birth is one of the most blatant forms of oppression in our civilization, and we must address it. Not doing so would be inhuman, as it would mean turning a blind eye to brutal forms of coercion.

Disclaimer: The article was originally published on The American Week. The views expressed in the article are the author’s and do not necessarily reflect those of ActionAid Association.