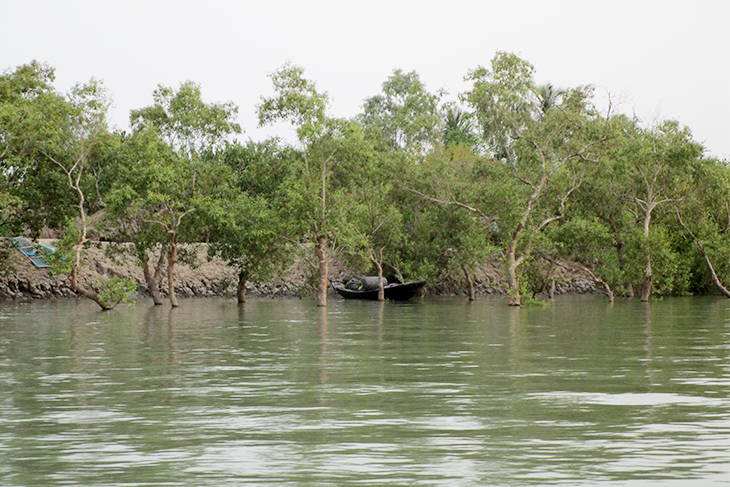 International Day for Biological Diversity is celebrated every year on May 22 to raise awareness about the value of biodiversity. This year’s theme, ‘Our solutions are in nature’, highlights that biodiversity is key to unlocking a more sustainable future. Also, this year, as we observe World Biodiversity Day, unfortunately, Cyclone Amphan that made landfall just two days before May 22, has caused immense devastation in Odisha, West Bengal and Bangladesh, including several casualties, leaving us all with a lot to reflect.

Whether natural disasters are actually natural or human made through our models of “development” and climate change is a matter of debate. However, nature has answers of its own to manage the effects of cyclones and other coastal disasters through natural green barriers. During cyclones, when storm surges can have devastating impact on coastal communities, to deal with that, mangrove roots and branches form barricades against the intrusion of saline water and act as wind breakers.

As part of nature, most coastlines have sand dunes with mangroves as a green fence/barrier spread in steps. The utility of this is manifold as it blocks and breaks wind speed and also protects the shores from sand erosion. Over the years, coastal erosion has been accelerated due to human intervention and massive clearing up of mangrove forests for commercial and development purposes. We must remember that mangroves have always stood as a – ‘Wall between Sea and Civilisation’ and all coastal states in India had a thick coverage of such forests that survived in brackish water. This not only protected villages from disaster but provided food and livelihoods to many communities. Bhitarakanika and Sundarbans are good examples of that.

These salt resilient shrubs and bushes are capable of growing even amid poor nutrient levels, low moisture, high temperature, exposure, soil erosion, sand accretion, soil salinity, salt spray, changes in organic substances and different pH values. These shrubs and bushes can adapt to changing situations in the coastline and are capable of fast vertical growth to avoid burial against rapid continuous migrating sand particles, and have thick leaves to minimize evaporation loss. Such mangrove forests along with protecting people from disasters also provide a scope for livelihood like fisheries, honey production, and organic material for cottage industry use, while also acting as carbon sponges for the atmosphere.

It is an important observation to note that depending on the wind direction, the size and shape of the dune system keeps changing and shifting; and at the time of disasters, these dunes might also face partial destruction but are also able to rejuvenate within a short period of time. India with a long coastline of about 7516.6 km (5422.6 km Island Territories: 2094 km) including the island territories, had a mangrove cover of about 6740 km² (57% East coast, 23% west coast, 20% Andaman &Nicobar Islands) sq. km.

Mangroves also play an important role for humans, protecting communities from major storms. Climate change, as a concept is more than rising temperatures, the increased frequency and intensity of cyclones, hurricanes and typhoons that are apparent. Cyclone Fani, which struck the Bay of Bengal, on 3rd May 2019, was one of the strongest to devastate India in the past 20 years. Also loss and damage of property like fishing boats and small mud huts were much less in the areas covered with thick mangrove forest. Unable to carry their boats, many fishing communities had tied their boats to the roots of trees and found it safe even after the cyclone.

The significance of mangroves was also imminent when the Sundarbans reduced the wind speed of Cyclone Bulbul by 20 kilometres an hour and – at its own expense – saved the rest of southern Bengal from the fury of the storm. The cyclone that had formed in the Bay of Bengal hit the Sundarbans coast late in the evening of November 9, 2019 with winds gusting up to a speed of 130 kilometres per hour. But as it moved parallel to the coast, eastwards towards Bangladesh, the world’s largest mangrove forest impeded the wind, proving yet again the importance of mangroves in safeguarding coasts from storms that are becoming increasingly more frequent and more severe due to climate change.

On November 9, 2019, when the very severe cyclone Bulbul made landfall at Sagar Island in the Indian part of Sunderbans, a group of tourists found themselves stranded near the Kalash Island in the violently inclement weather. They got out of their boat and took shelter in the nearby mangrove creeks, and survived unhurt. This, when the cyclone was so powerful that it overturned a large fishing trawler near Sagar Island, tragically some of the people on that vessel are still missing.

For various reasons, onslaught is going on mangrove forest that includes infrastructure development, industrial activities, aquaculture (shrimp farming), housing scheme and many more. On September 23rd 2019, the National Green Tribunal (NGT) found that the West Bengal government has been felling mangrove trees in the name of development especially under the ‘Banglar Abas’ scheme by clearing acres of mangrove forest on Sagar island.

Odisha government in 2016 attempted to create 505-metre-long wall using geo-synthetic tubes deployed along Odisha coast to tackle sea erosion. A portion of the wall is in Kendrapada district in Odisha. But that didn’t work well and Kendrapada district of Odisha lost seven villages (known as Satabhaya – seven brothers) to the sea.

This brings us to the juncture where we know and understand the prominence of naturally growing flora and fauna in our lives. Therefore, as Cyclone Amphan takes over the eastern coast of our country, so much so that it draws our attention from the other crises owing to the pandemic, it does call for us to identify, recognise and respect the importance of nature based solutions as the answer to all problems related to biodiversity. Without human intervention, nature has the power to regenerate itself.

Still if we plan to regenerate mangrove along coastline we need to keep in mind to important factors. Community has to be actively involved, especially women as they manage the local environment. All species to be planted must be traditional variety and provide food, fuel, fodder or some livelihoods (like honey in Sundarbans and variety of fish in Bhitarakanika) to the community only then they will take interest in protecting the mangrove.

If human-led regeneration of mangrove needs to be done it requires firstly an active community engagement in protecting the forest and that the species planted should yield some community benefit, including food, fodder or fuel.

2020 has been a year of challenges, reflection, opportunities and solutions. Besides, 2020 is also the closing period of the 2011-2020 Strategic Plan on Biodiversity and its 20 Aichi Biodiversity Targets, as well as the UN Decade on Biodiversity, leading to the transitional phase for the start of the next pivotal biodiversity-related decade for the period 2021-2030. Going forward, let us all spend some time to reflect and work towards enhancing the resilience of nations and communities as we recover from COVID-19 pandemic and build back better.