Re-Imagining Citizenship: Escaping from Past Prisons to Emancipatory Futures 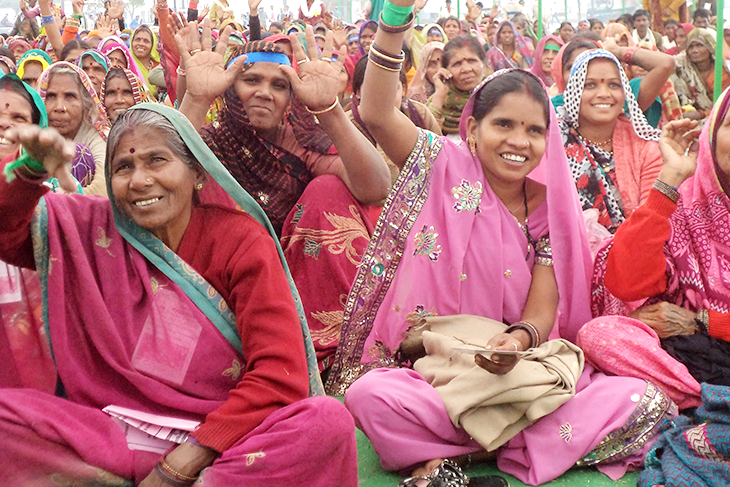 Citizenship has evolved from the city-states of ancient Greece and perhaps from the republics or ganas of ancient India to finally emerge as the cornerstone of representative democracy in the twentieth century. Today the idea of citizenship is undergoing several transformations. Mindful of its long history, we need to ensure that our re-imaginations help us escape the past and embrace new futures.

The two decades of the 21st century has seen the ascendancy of chauvinism and xenophobia, conflicts over resources and forced displacements, and a growing skepticism towards people seeking refuge. Together, all these are contributing to propel exclusionary ideas of citizenship and the rights that it entails.

The struggles of the past century have primarily been for substantive citizenship and inclusion by those denied. Assertions by the excluded have led to small but not insignificant gains. These entail the installation of additional rights and protections for the historically oppressed. It has been most evident in the case of deprived classes, women, descendants of freed slaves and people living at the lowest spectrum of race and caste hierarchies, the indigenous and tribal communities.

To address contestations within liberal democracies, several have argued that the evolution of differentiated citizenship could provide a path to ensure inclusion, thus releasing fruits of social and economic rights for all. The idea of differentiated citizenship entails granting additional or rejecting specific legal or constitutional rights to groups and individuals – adding or subtracting from the common set of rights and entitlements deemed for all citizens.

Institutionalized in the treaties of First Nations and the latter-day agreements of affirmative action embodied in the Constitutions of several nations, the adoption of principles of differentiated citizenship has been beneficial in significant measure to some vulnerable groups. However, viewed from those excluded, the promise of liberty and equality in substance remains unfulfilled. These groups continue to live as “second class citizens”, amply reflected in all social-economic indicators of the day. It is little surprise that large populations of marginalized communities, including the indigenous peoples of the Americas, the aboriginals of Australia and Indonesia, the Romani peoples of Europe and Dalits, de-notified, pastoral or nomadic tribes of India and Nepal, do not consider their freedom as real. They express their frustrations with the instrument called citizenship and assert for further affirmative actions, reservations and political representation. They express autonomy and celebrate alternative independence days. Dr B. R. Ambedkar’s warnings in his last speech to the Constituent Assembly of India ring true in this context – that without a social democracy based on the three principles of life – liberty, equality and fraternity, there could be little meaning of political democracy and freedom.

The idea of differentiated citizenship draws strength from the assumption of birth or nativity as determining basis of citizenship. It represents the genuine assertion of dispossessed indigenous peoples and others under colonial rule. However, the anti-colonial movements of the twentieth century left the fate of indigenous peoples in the settler colonies of the Americas, Austral-asia and Southern Africa unresolved. While birth as the basis for citizenship continues to energise assertions of the rights of indigenous people and others it does not differentiate between “original inhabitants” and those who came later to settle and occupy these lands. This conflict lies behind the continued trajectory of decolonisation that the Zanu PF party and Robert Mugabe attempted to address by expropriating land from settler-colonists in Zimbabwe.

However, we need to recognize that at a fundamental level, the limited frame of basing citizenship on birth excludes millions who are stateless, refugees or considered a sovereign risk. In his provocative essay Beyond Human Rights, Giorgio Agamben raises the challenge of nativity equated with nationality and citizenship, using the figure of the refugee, which unhinges the old trinity of state-nation-territory. The rights of refugees break apart the concept of rights as a “human” and rights as a “citizen”. In 2020 an estimated 10% of the global population, or 82.4 million, are refugees; the UNHCR says the number may be much higher and, in any case, doubled in the last decade. With the growing numbers of refugees, and the probability of a further increase in the years to come with climate change, citizenship based on birth does not respond to the new realities that societies and nations face today.

The notion of differentiated citizenship has opened pathways of denial and rejection of the legal or constitutional rights of groups and individuals. Spurred by rising inequalities, displacements and recurrent economic downturns (most recently on account of the global pandemic) and bellowed by rising competition over scarce economic resources, the rising tide of “sons of the soil”, xenophobic and chauvinistic movements present danger of reversing even the small gains made for large sections of humankind.

Triggered by conflicts and contestations, there is also a growing tendency to terminate and strip of citizenship. While the practice is not new and thousands of people were denaturalised even during World War II, newer and added trajectories are emergent. The German government, for instance, recently paved a way to strip former “Islamic State” fighters of their citizenship. Denmark and Australia have done so, too. The cases of ISIS brides like Shamima Begum and Hoda Muthana are well known. Revocation of citizenship by Britain soared up by 600% in 2019. Justified based on “risk”, revocation seldom solves the problem. Deeply politicised and used against minorities, diversities, people deemed inferior and undesirable, it only ends up creating stateless people and a hierarchical human rights system for two “forms of life”, the citizen and the undesirable. The emergence of a class hierarchy in citizenship benefits and development of what has been called Graduated Citizenship in response to market dictates where certain groups are more than equal and made welcome, is another challenging trend. Revocations and selective granting of citizenship do not serve the desired purpose, and therefore must be replaced to ensure we don’t see racialised and majoritarian futures of citizenship.

As Hannah Arendt once wrote, “To be stripped of citizenship is to be stripped of worldliness…. A man who is nothing but a man has lost the very qualities which make it possible for other people to treat him as a fellow man… they could live and die without leaving any trace, without having contributed anything to the common world.”

It is pretty clear that for all these histories and their prisons, the nation-states of today need to have the courage to question citizenship formulations and the notion of the nation based on the idea of citizenship limited to the act of birth . Without such re-imagination, the project of justice would lead to significant expropriations, retributions, and outflows from several continents. Decolonisation would never be humanely resolved. Similarly, all the refugees, and within them the minorities, climate displaced would continue to live in extreme precarity and outside of the “citizenship registers” without the protective cover of citizenship and hope for the future.

Those seeking citizenship must be welcome. An international agreement not limited only to the humane treatment of refugees, but one centralising the issue of ensuring full and protective citizenship for all who want it is needed. Such an articulation exists in Articles 14 and 15 of the Universal Declaration of Human Rights: “Everyone has the right to seek and to enjoy in other countries asylum from persecution.” “Everyone has the right to a nationality.” “No one shall be arbitrarily deprived of his nationality nor denied the right to change his nationality.”

The denials of the indigenous peoples, the “original inhabitants”, and all the “second class” citizens today, descendants of those who never had protections in the past, need to be redressed. With the diversities across contexts, these include, at the very least, the indigenous peoples, those suffering racial oppression – among the descendants of slaves, people at the lowest end of the caste spectrum, gypsies and de-notified tribes, LGBTQI + persons and religious minorities. Joining these ranks of the second class citizenry are also the 2 billion migrant and informal workers of the world, whose spectre of precarity was on open display during the pandemic.

Here the progressive aspects of differentiated citizenship in the spirit of positive affirmation would help and is needed. Under threat of dismantling from privileged classes, positive affirmation policies and programmes need further protection, nurture and newer expansions and committed realisations on the ground. Today’s nation-states need to stand strong not to give in to “majoritarian, supremacist logic” and be committed to securing a just and equal future for all. What is needed is the birth of emancipatory futures and socialisation of democracies, where “the principle of one person, one value” is not denied.

A new world order necessitates a new and inclusive imagination of citizenship to escape the prisons of history and create new emancipatory futures.

Disclaimer: The article was originally published on HBW News. The views expressed in the article are the author’s and do not necessarily reflect those of ActionAid Association.