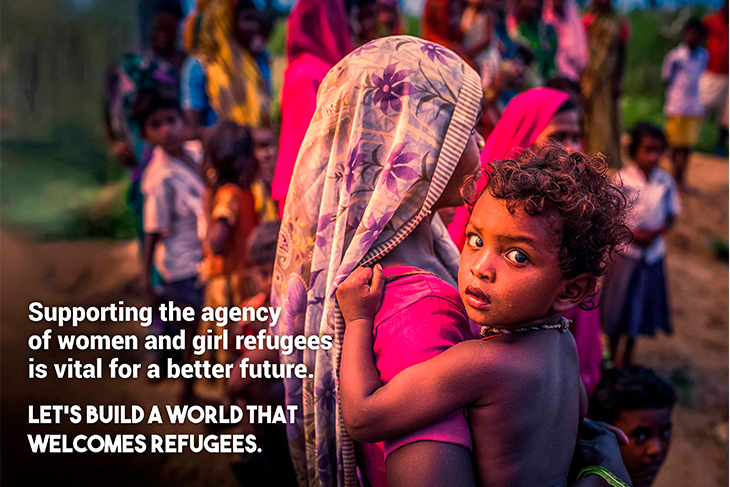 World Refugee Day, observed on the 20th of June every year, is an excellent occasion to reflect on India’s approach to the refugee issue. The day seeks to celebrate the principle: “Whoever. Wherever. Whenever. Everyone has the right to seek safety.” It is dedicated to drawing attention to the plight of refugees who need urgent help to rebuild their lives with fair consideration. On this day, individuals and organisations celebrate the contributions of refugees and seek to build empathy and understanding of their struggles and their resilience to build a bright future.

Across the world, there are 84 million people who have been forcibly displaced from their homes, and 26 million are refugees. As war and civil strife continue, Afghanistan and Ukraine are the latest conflict hotspots, and climate change is increasing the threat of further displacement; these numbers are sure to grow. The rights of refugees are amongst the primary problems of the planet. The crisis faced by refugees seems likely to escalate in both nature and scope.

The UN Refugee Convention defines refugees as people who “owing to a well-founded fear of being persecuted for reasons of race, religion, nationality, membership of a specific group, or political opinion, is outside the country of his [or her] nationality, and is unable to or, as a result of such fear, is unwilling to avail himself [or herself] of the protection of that country.”

Despite the remarkable way India dealt with the massive inflow of refugees following the partition in 1947, the term “refugee” does not feature in our Constitution. There is a stray reference to “The United Provinces Land Acquisition (Rehabilitation of Refugees) Act, 1948 (UP Act XXVI of 1948)” in the ninth schedule. The term used in the context of items on the Union List under the Seventh Schedule is “alien”. In the context of exceptions to Article 22, which protects against arrest, the term is “enemy alien”. Indian law does not distinguish between a foreigner or alien and a refugee.

Yet India continues to host refugees from the sub-continent and distant lands. India is said to host one of the most significant refugee populations in South Asia, and it is a very diverse group. The UN Refugee Agency (UNHCR) in India has recorded more than two lakh refugees and asylum seekers in India.

It is high time that we in India ensure that all challenges faced by refugees are addressed and that a more humane and friendly approach is adopted towards them. We need to recognise that in the absence of such a policy, the insecurities experienced by refugees living in India are significant. A recent survey of Chin, Afghan and Sri Lankan Tamil refugees, published in The Global Compact on Refugees: Indian Perspectives and Experiences, speaks poignantly of the challenges refugees face in India. ActionAid Association is currently undertaking research in collaboration with the National Human Rights Commission (NHRC) to explore this in greater detail.

A legal framework for dealing with refugees and asylum seekers would go a long way in leveraging India’s commendable history of hosting refugees to build leadership on the issue amongst the international community.

The principle of common but differentiated responsibilities emerged with the issue of climate change. This principle holds even for the case of refugees and people seeking asylum. Globally the burden of conflict rests overwhelmingly with developed countries, and thus the more considerable responsibility for dealing with the refugee crisis must rest with them. This is even more true in the case of climate refugees. The Ukraine crisis has exposed the racist approaches to the refugee crisis that too many European and North American countries have. A resurgent Global South needs to call them to account. India can play a leadership role in this. A welcome first step would be to create a humane legal framework for dealing with refugees and asylum seekers that match the glorious record of hosting refugees.