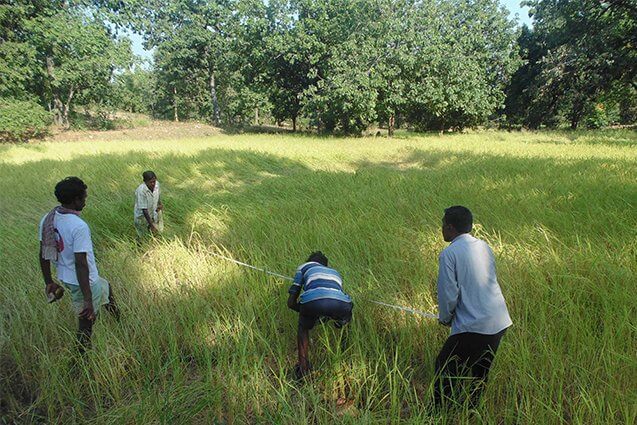 What the government recognises in one hand, they are taking it away in the other hand. It is a major concern most of the forest dwelling communities raising nowadays in Odisha. Even after independence the governance was not much like chalk and cheese for the forest dwellers. Restrictions were still continued on accessing into the forest areas where traditionally they are depending upon.

It is only in 2006, the union government accepted this as an historical injustice and enacted the Forest Rights Act (FRA) with a mandate to undo the same. This new Act could provide space for the forest dwelling communities to claim their individual and community rights over the forest land on which traditionally they are depending upon for sustenance. The Act also recognised the ownership rights over minor forest products including bamboo and kendu leaf. The villagers too got the community rights to regenerate, protect and manage the forest within their traditional boundary.

This brought a change in power structure by breaking the monopoly of the forest department owning the forest resources since the British era. Forest Rights Act brought two new dimensions on resource distribution, ownership and governance. The first one is empowering people to take decision through Gram Sabha, or the Village Assembly. This minimised the role of officialdom in distribution of resources like land and forest. Gram Sabha is being empowered to select rights holders, ensure physical verification and approve the rights. The other one is about its enormity. This is the largest programme of redistribution of ownership of land and forest resources among the community people in the independent India.

Effective implementation of this Act in Odisha can brought community ownership over 40 percent of the state owned forest. Around 30,000 villages will be benefited in the state. A decade has been passed since the enactment of the Act. However, the goal of undoing historical injustice is still far away because of the apathetic attitude of the government and especially the non-cooperation of the Forest Department. The government-owned source reflects that by the end of July 2016, only 3,000 villages have been recognised with community rights and that too are also in threat. Whatever rights have been recognised, the forest department is forcefully re-encroaching those for plantation using the CAMPA (Compensatory Afforestation Fund Management and Planning Authority) resources. These activities again are displacing many from their livelihood which is reiterating the historical injustice.

CAMPA is a national fund accumulated as compensation against conversation of forest for non forestry purposes like mining, setting up industry etc. At present the sum total accumulated under CAMPA is 42,000 crore rupees. The recently enacted CAMPA Act ensured a fund of 6,000 crore for Odisha which can help rejuvenate the state’s degraded forest once again. However, vested interest in its management and lack of community involvement result in conflict. The Forest Rights Act has given the rights to conserve, regenerate and manage the forest for sustainable use. Section 5 of the Act has empowered the Gram Sabha to take decision for protection of wildlife, forest and biodiversity. As per Section 4 (1) Gram Sabha will constitute a committee to manage these. This committee will develop a management plan which will be integrated with the working plan developed by the forest department.

The irony, however, is that while utilising the resource for plantation, the forest department is not at all respecting these provisions. Apart from that it has been seen that species like eucalyptus, teak, acacia are replacing indigenous and natural species like sal, mahua and other similar types. This impacts to a great extent on the livelihood and biodiversity. The objective of CAMPA Act is to restore forest health. If the rights of the forest dwellers are disrespected, forest protection and management will be a distance dream.

Disclaimer: The article has originally been published on www.Orissadiary.com. Views expressed in this piece are those of the author’s and do not necessarily represent the views of the organisation. You can reach the author at ghasiram.panda@actionaid.org