Suprabha, a 16 year old girl from Odisha, breaks barriers and says no to child marriage 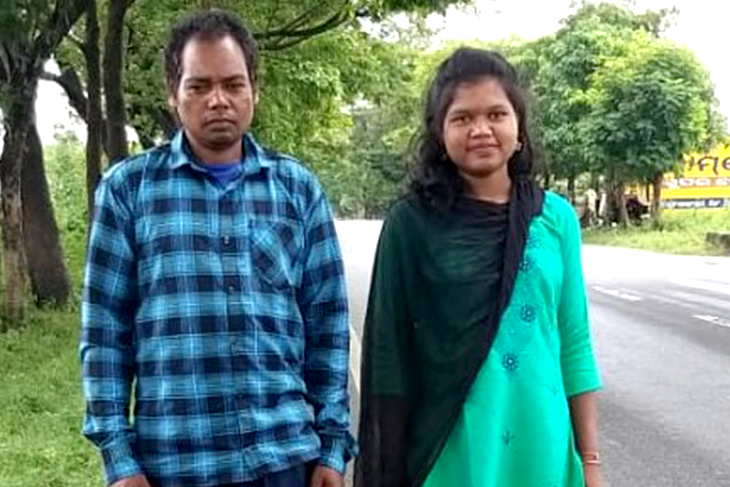 Photo: Suprabha with her father on the journey to New Delhi

Suprabha Shubhadarshani Behera, a 16-year-old from Kandhamal district of Odisha, has fought hard to change the course of her life and gain an education. In July 2022, her father arranged for her early marriage. It is common for girls in her district to get married off at a young age yet Suprabha’s story is different and has set an example for her village. At the time, she was studying in Class X in Kasturba Gandhi Girls School in Chakapad.

Anganwadi workers of her village who came to know about her marriage immediately informed the local child helpline set up by UNICEF and ActionAid Association (AAA). With the additional support of the district administration and the police, the marriage was stopped. Suprabha was happy that she could continue her education and she passed her 10th board examinations with flying colours. The district administration, AAA and UNICEF facilitated her admission in the newly opened ITI in Daringbadi free of cost where she enrolled in the electrical trade. Suprabha is breaking barriers not only by saying no to early child marriage but for engaging in a trade that is conventionally considered as one for boys and not girls.

In honour of her courage, she has been invited to interact with Ms. Smriti Z Irani, Honourable Minister, Government of India on International Girl Child Day in New Delhi. She will be accompanied by her father and the district coordinator of ActionAid, Ms. Sandhyaranin Nayak. She has never left the district and is excited for the exposure that this opportunity will grant her.

We are proud of you, Suprabha!