The Common and Greater Good of Cooperatives 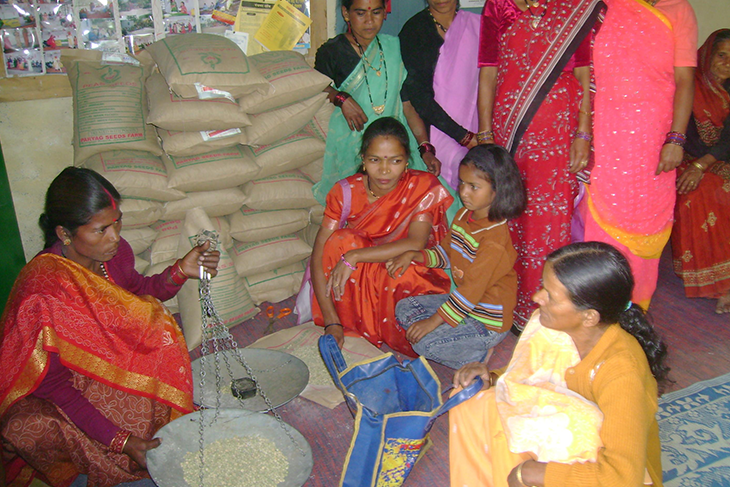 Recently, the Union Government announced the formation of a new Ministry for Cooperation, to provide a legal, policy and implementation framework for strengthening the cooperative movement in the country.

If it’s work advances with a view to foster social solidarity economy, to address inequalities and injustices of history and to propel the spirit of cooperation and solidarity, it can provide collective good to millions, who are consigned to the world of informal work, which COVID-19 has only exacerbated.

At an ILO Conference in 2009, the Social and Solidarity Economy was defined as a “concept designating enterprises and organizations, in particular cooperatives, mutual benefit societies, associations, foundations and social enterprises, which have the specific feature of producing goods, services and knowledge while pursuing both economic and social aims and fostering solidarity.” While there is no one definition of social solidarity economy, and the term is relatively new, the idea of promoting collective economic activities rooted in the spirit of cooperation and good for all has been around for long in India’s development efforts. The path to cooperatives was laid out in the Constitution of India, which through the Directive Principles for State Policy, placed upon the state the responsibility to advance cottage industries on a cooperative basis, particularly in rural areas.Over the decades, quite like the promise of land reforms, cooperatives have remained confined to a few successes and a few states, despite the National Policy on Cooperatives and the passage of Multi-State Cooperative Societies Act in 2002.

In an economic trajectory of growing informalisation of the world of work and where the share of labour in formal sector has seen a long term decline since the 1980s, it is a daily struggle for 50 crore informal workers of India to find decent working conditions, let alone a living wage with social protection. COVID-19 has only unmasked this precarity for all to see.

While such a precarity faced by informal workers of India needs resolution within a framework of creating decent wages and meaningful work for all, complementary approaches also need nourishment from the welfare state. These include undertaking land reforms in favour of landless agricultural workers and social groups with oppressed histories, enabling climate resilient small holder sustainable farming, and widely promoting collective synergistic efforts to create goods and services – which are cooperatives.

At least in part, community-rooted cooperatives have the potential to provide a viable solution to address challenges of inequality, while simultaneously creating economic growth. Social solidarity economy and the engine of cooperatives also provide an answer to one of the most fundamental problems of human history, which has become even more pronounced the past decades – the division between capital and labour. When workers become owners of their enterprises and initiatives, it multiplies several fold the economic and social benefits, especially dignity, they can derive from these collective efforts, and with inspirations and imageries they create for others to emulate.

We need to remove roadblocks, create enabling conditions and promote cooperatives focusing on the needs of the most marginalised and disadvantaged, such that they become owners of their own and collective enterprises, and of the factories, plantations and estates whose owners have long abandoned their workers. Cooperatives could transcend manufacturing and agriculture sectors, and expand into health care, education, banking and other sectors also.

Of course we need to guard against the tendencies of cooperatives to shrink into economism and move away from social and ecologically sensitive development. A strong programme of education, based on the values embodied in our Constitution is needed. A social audit of existing co-operatives to map how closely they follow the seven principles of co-operation could go a long way in ensuring that the existing co-operatives remain true to the spirit of social solidarity. Trade unions and other worker collectives should be seen as partners in this exercise.

In this manner cooperatives and social solidarity enterprise can create greater common good for all, creating a “nurturing” economy much needed in these times.

Disclaimer: The article was originally published on HBW News. The views expressed in the article are the author’s and do not necessarily reflect those of ActionAid Association.