The Right to the City We Need Now 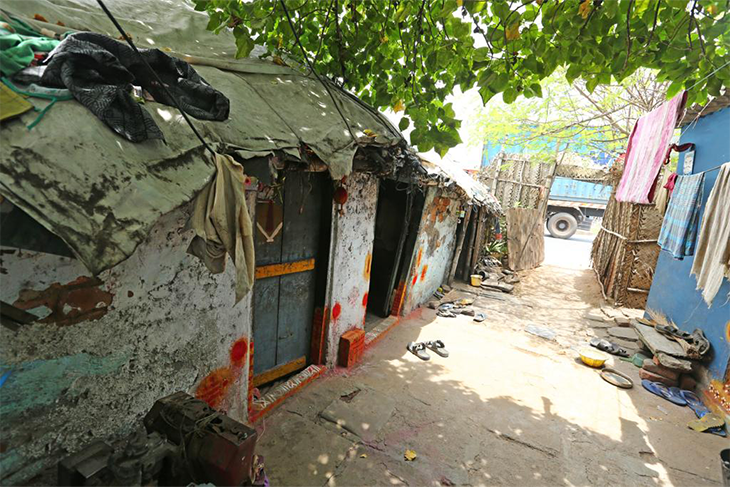 The idea of a “Right to the City” creates a renewed imagery of hope and struggle. The phrase was originally used by philosopher Henri Lefebvre in 1967 when he wrote “”the right to the city is like a cry and a demand… a transformed and renewed right to urban life.” Through the years it has been used as a slogan by movements of informal workers and slum dwellers to resist forced evictions, displacements and denials. Over time wider meaning have attached to the term.

In the New Urban Agenda adopted at the United Nations Conference on Housing and Sustainable Urban Development (Habitat III) in Quito, Ecuador, on 20 October 2016 mentioned “right to the city” as enshrining the vision that underpins urban futures. In doing so the UN Habitat has placed a responsibility on members countries and their urban local governments to advance a future of inclusive cities based on principles of rights and justice – spatial, social, economic and ecological. Bringing into sharp focus the billions who live in daily denials. Also creating a moral compulsion and obligation on countries to bring meaning to the right to the city, in the very finite future.

For most countries, the idea of “right to the city” still resides in prisons of the past, trapped in arguments about the difficulties encountered in enshrining new rights in Constitutions. In fact, the world is increasingly turning away from rights hitherto committed to in Constitutions, charters and international conventions.  It is this harsh reality that has energised peoples’ formations to assert peoples’ demands in all spheres of urban development.

The assertions of vulnerable city dwellers are clear, as is their rallying behind a clear set of social political demands, including access and ownership of land and residence, access to decent means of social reproduction, access to markets and fair price for their production; dignified wages, decent working conditions and social security; access to free quality public services, education and public transport, a key role in decision-making in cities, enjoyment of peace and freedom from violence on any axis, and not least on that heaved by the state apparatus itself.

The Global Platform for the Right to the City has brought together people’s movements from across all continents to develop and empower momentums on this inclusive vision of urban futures. It has also brought to the fore dimensions of primacy, as well as a need to understand intersectionality and issues of different vulnerable groups. As a voice of local and regional governments the United Cities and Local Governments platform (UCLG) has called for renewal of local democracy and human rights in cities in their idea of city as commons for the good of all, enhancing mayors’ actions on social inclusion, rights commitments and democracy.  In India, ActionAid Association’s grounded campaign efforts contributed to the National Human Rights Commission of India intervening to bring out guidelines for protection and security for informal and migrant workers during COVID times.

In operational terms advance can begin with governments making efforts to regularize and give land tenures to vulnerable city dwellers, as the Government of Delhi has made a beginning towards. While moratoriums on forced evictions, and rehabilitation based on free prior informed consent largely remain vacuous rhetoric in almost all cities, movements in several countries of the global south resist and promote an inclusive and just vision of the city. For instance, the shack dwellers movement in Ghana in its efforts to substantiate right to the city, resists recurrent threats of evictions, while also invoking a spirit of shared roles in developing cities which are just and equal in quest for shared prosperity. Provision of highly subsidized workers hostels by the Government of Kerala in India, meets not just the need for dignified housing for migrant workers in cities of Kerala but also enables them dignity, better working conditions, better health, productivity and savings.

The environmental crisis has promoted a thinking that the right to city is not just about individual and group rights, it is based on a communitarian thinking of the city as commons of humankind. The pandemic ensured that cities around the world are recognizing the importance of and investing more in public health systems.

With the United Nations incorporating this in the New Urban Agenda, there presents also a danger of converting a right to the city into a state led programme of delivery of limited vertical rights such as over particular public services in the city. This danger needs to be met with a wider understanding of expanding a right to the city.

When over half of the world’s economically active population is not engaged in waged employment, and is in self-employment, unemployed or unpaid family labour, pandemic or otherwise, the idea of “the right to the city” cannot be limited only to access and priority in public housing and services. We need to shed the prisons of the past and see the city as commons for the benefit of all humankind and the planet earth.