Towards a socially just, ecological agriculture 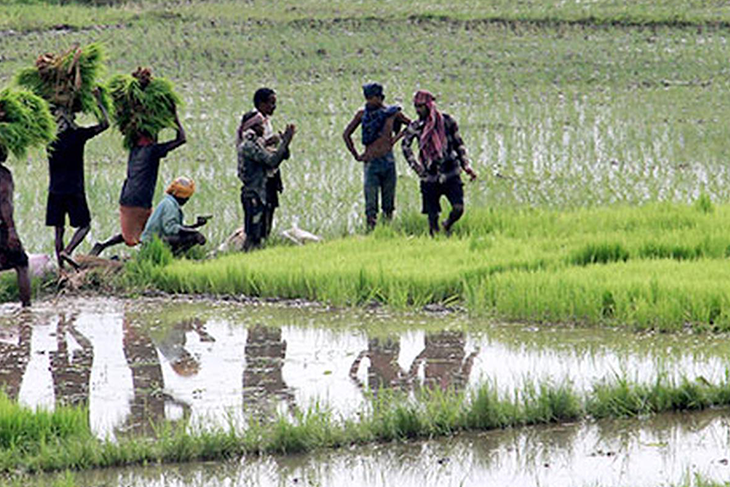 The landless labourers in Punjab have been short-changed for long. Land reforms must be implemented in spirit

Their 17-point charter of demands includes fixing the minimum wage at ₹700 per day, action against those boycotting agricultural workers and ensuring transparent auctions of Shamlat lands meant for Dalit communities.

Landless rural workers of Punjab have been battered by Covid-19 work losses, the under-performance of the MGNREGA scheme and soaring inflation.

Despite the woes, landed farmers have been issuing diktats regarding wage caps that are much below the prevailing wage rates and threatening protesting workers. However, the final trigger must have been the May Day eve announcement of the Punjab government subsidising mechanised and substantially labour displacing direct seeding of the Kharif rice crop. This is why the demand for compensation for the adoption of direct seeding and fixing labour cost per worker at ₹6,000 per acre features prominently on their list of demands.

The charter of demands is a cry of despair by landless rural workers. The denial of their rights has not been addressed for decades.

They remain landless despite the promise of “land to the tiller”. In Punjab, the land is concentrated in the hands of upper-caste landlords. The Punjab Land Reforms Act, 1972, which would have provided land for redistribution, has not been implemented in spirit.

The Punjab Village Common Lands Act 1961, provides Dalits rights over one-third of common, or Panchayat, lands in proportion to their population. These are auctioned every year. However, despite provisions to contain abuse, the Act has not been implemented in spirit as there has been a lot of resistance to it from landlords.

An RTI report revealed that land grabbers control over 13 per cent of this Shamlat land. In 2020, the Punjab government had also amended the Rules under this Act to sell Shamlat lands to companies and entrepreneurs, triggering fears that it would adversely affect the chances of thousands of Dalit families who seek these lands on lease for crop cultivation.

The Green Revolution and the resultant economic growth improving the living standards of farmers have largely excluded the Dalit landless communities in rural Punjab. In addition, the reversal in earlier gains of intensive agriculture seen across the last two decades, and the unfolding ecological and social costs of the Green Revolution, have multiplied the burdens, the brunt of which have been borne mainly by the landless agricultural labour. Several recent ground-level studies show how the rural landless are in the grip of loan sharks and usurious microfinance companies, increasing their indebtedness.

The Green Revolution has resulted in the contamination of groundwater as a direct result of the use of fertilisers and pesticides. Today safe drinking water is beyond the reach of agricultural labour. Reverse Osmosis (RO) plants were set up in the last decade, but accessing them could cost up to about ₹1,000 per month per family. This cost is unaffordable for most rural landless families.

Punjab’s landless workers, especially the landless Dalit community, must see time-bound land reforms on the ground. We must see workers becoming owners of their production individually and collectively through the encouragement of cooperative farming. Agricultural workers of Punjab need immediate debt relief.

The welfare state must step in. What is needed is a careful, corrective response for the common good of both workers and farmers in the short and long term. It is a wake-up call for resetting the rural economy, and Punjab should lead the way.

Solidarity, a caring economy and agro-ecology are what Punjab now needs to herald; it needs to ensure a certain departure from a Revolution which wasn’t Green for the people and the planet. Punjab must move towards a more socially just and ecologically sound agriculture system.

Disclaimer: The article was originally published on The Hindu Business Line. The views expressed in the article are the author’s and do not necessarily reflect those of ActionAid Association.