Towards liberation for nomadic and de-notified tribes 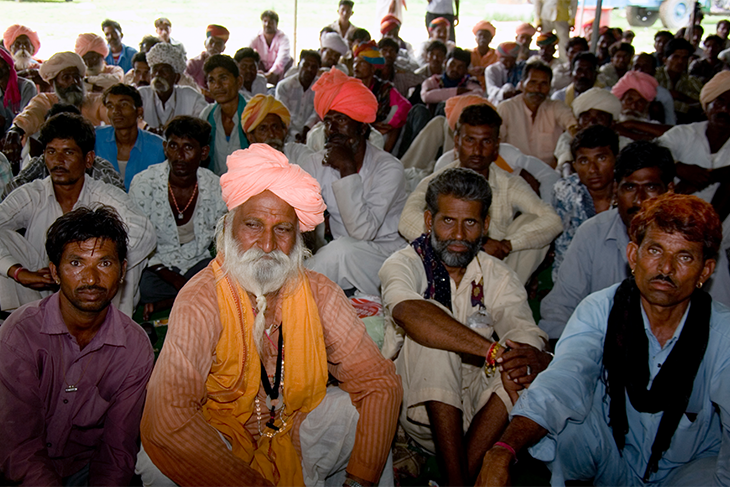 In Colonial India, the Criminal Tribes Act of 1871 notified around 200 tribal communities across India as “criminal tribes“. Under this Act, the British colonial government heavily discriminated these communities. The designation of “Criminal Tribes” exacerbated their social and economic marginalisation at a time when their way of life and traditional occupations came under threat with the spread of modern technology and commercialisation of social relationships.

NTDNTs are still subjected to discrimination, are associated with criminality and cannot enjoy the fundamental rights that the Constitution of India guarantees to all citizens. NTDNTs continue to be poor and cannot access education, healthcare, livelihoods, housing, social security and governance. Members of these communities, including women, are subjected to harassment and violence. While several state governments have established welfare schemes, their limited purview, weak mandate and inconsistent implementation render them ineffective in easing the plight of NTDNTs.

“There was no rehabilitation plan for us with the Government of India after we were freed from the settlements. The Government should have given us land for cultivation and to build our houses. We were allowed to live in forests without basic amenities. The socio-economic circumstances of 200 such communities across the country are still deplorable. Additionally, women from these communities experience assault and harassment. We still have to fight for our basic rights through protests and rallies even after 75 years of our country’s Independence,” said Sunita Bhosle,  a member of the pardhi community and an activist based in Pune, Maharashtra, engaged with the cause for the last 25 years.

Raj Kumar Bahot, an activist from Panipat, Haryana, said that most NTDNT residents in his district are from the sapera and bawariya communities, who primarily relied on forests for their subsistence. Deforestation and implementation of various laws have caused the loss of livelihoods and homes.

“To make a living, the sapera community mostly gathered snakes, trained them to dance, and staged performances in different villages. However, they lost their jobs when the Government forbade such actions in the country. The Government needs to have considered alternatives to their livelihoods. Most of them now beg in various states,” said Raj.

The bawariya community, which used to rear cattle in forests, lost their livelihoods after forests were heavily cut down in the state and most have turned into ragpickers, shared Raj.

All four activists voiced their concern on easy targeting of NTDNTs by the police under the Habitual Offenders Act and other laws.

“Against any criminal activity in any part of the country, we become easy targets of the police. We are often booked in fake cases, harassed, and tortured. The angrez (English colonizers) have gone from our country, but the police in our country are our angrez now. In 2021-22 alone, I have documented six cases of custodial deaths in my district,” said Sunita Bhosle, who has also written a book titled “Vinchavacha Tel (The Oil of the Scorpion)” highlighting the police harassment of NTDNTs in Maharashtra.

“I have documented several cases of murder, rape, fake encounters and other abuses and harassment and submitted those before National Human Rights Commission. But unfortunately, we can’t document all the cases as we lack resources. Therefore, we need to put hard struggle to safeguard our rights and ensure protection,” said Arun, who also holds a doctorate on the issue of atrocities faced by members of the NTDNT community in jails.

He said he is now working on educating children whose parents have been killed in encounters with the police. “We emphasise the need for education for all our community because it is through education only that we can understand the rights we have in the Constitution and are encouraged to assert them,” said Arun.

It is a moment for all of us to reflect on how we can ensure true freedom and a life of dignity for members of NTDNT communities.

Disclaimer: The article was originally published on The Pioneer. The views expressed in the article are the author’s and do not necessarily reflect those of ActionAid Association.