Why is women’s work not seen or counted? 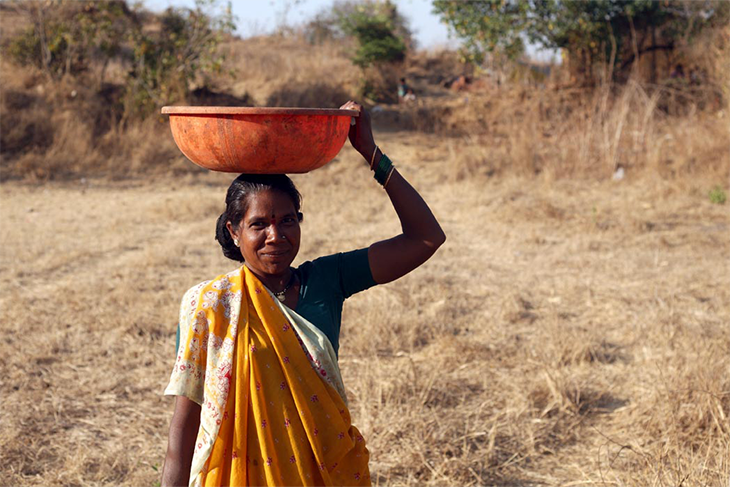 Women work more than men, but that is not the popular perception.

In a 2018 report, the International Labor Organization estimates that across the world every day more than 16 billion hours are spent on care work, and three-quarters of this work is performed by women. Were this paid on an hourly minimum wage, it would represent nine per cent of the global gross domestic product.

Unpaid work has been divided in to five categories. Firstly unpaid market and other subsistence related activities, including unpaid work carried out on the family farm or enterprise. Secondly activities for self consumption, including processing of agricultural products, milling and weaving. Thirdly domestic activities, which including the collection of free goods such as fuel, fodder and water for production and consumption. Fourthly it included voluntary work in community activities which builds social networks for the whole family. And finally the production and services meant for the maintenance and care of household, which include care of the young, the old, the sick and the differently abled, cooking, cleaning and generally looking after healthy adults.

ActionAid Association’s action research, conducted with women in Maharshtra, Telangana and Uttrakhand and published as “Invisible Work, Invisible Workers”, demonstrates the need to recognize and understand the multiplicity and simultaneity of women’s work, and move towards creating grass-roots based systems of recognising, reducing and redistributing unpaid work that falls on women and restricts their participation in society and the economy. The un-recognized and unpaid drudgery that falls on women, infringes on time that could be dedicated to education, leisure and rest. It was found that 80% of the women surveyed expressed the simple desire for sleep.

India has one of the largest gender gaps in wages to be found anywhere in the world, with women’s wages on average only around two-thirds that of men’s wages. This devaluation of women’s work and its exclusion has led to the reinforcement of the gendered division of paid and unpaid labor, leaving women without wages and little bargaining power in the household and allowing the vicious circle to continue where men, economy, and country prosper at their expense.

One of the repercussions of the unequal burden of care work on women, is its impact on participation in paid work. Indian women’s participation in paid employment is much lower than their male counterparts. A leading current affairs magazine shares that only 21.8 per cent of women aged 15-59 years were engaged in paid work in comparison to nearly 70.9 percent of the men. In the last 20 years, one in three women in India have left the workforce.

Unequal division of labour needs to be seen in the context of class and caste. As we move down the social hierarchies we see the historical burden of deprivation bear down on shoulders of women, with the drudgery of care work multiplying because of the inability to access labour saving devices including domestic appliances such as washing machines, fridges or cooking stoves.

In the last 18 months, women have been hit much harder by the pandemic and the looming recession. A November 2020 report by the UN Women holds that data from 38 countries overwhelmingly confirm that while both women and men have increased their workload of unpaid care work, women are still doing the major share. Studying CMIE data released after the COVID-19 induced lockdown, economist Ashwani Deshpande found out that given low rates of women’s participation in the workforce, in absolute numbers men were more affected by unemployment than women, but women “suffered disproportionately more job losses…” [with] risky, hazardous and stigmatized jobs … exclusively their preserve.”

“Workers in the Time of COVID-19”, ActionAid Association’s second round of the longitudinal survey of informal workers, conducted between August-September, 2020 and covering 16,961 informal workers, 37 per cent women, and across 402 districts in 23 states and five union territories, confirms the gender differentiation on the impact of the lockdown. While wages have remained worryingly low during the unlock phase, the average monthly wage earned by women was much lower than that by men across all major occupational categories in our sample. Even in occupations like tailoring or in the garment industry, where women outnumber men, men earn far more than women.

For women from marginalised and vulnerable communities, the pandemic has intensified several crises; an increase in domestic violence, withdrawal of women from the labour force, fall in access to immunisation and essential healthcare, increasing barriers to education, and heightened risk of child marriage and trafficking to name a few. The discrimination, violence, and deprivations they face have deepened while governance has failed them.

Government welfare schemes are of crucial importance, and multiple schemes have been built on and leveraged during the pandemic. The 1.7 lakh crore rupee relief package under the Pradhan Mantri Garib Kalyan Yojana (PMGKY) has supported cash transfer into Jan Dhan accounts, increased the MGNREGA wage payment, and doubled collateral-free loans for SHGs. The ActionAid Association survey reveals that the Public Distribution System (PDS) was one of the major sources of food for most workers. While such entitlements can play an important role in supporting women through the worst phase of the pandemic, understanding what worked and what didn’t, allows us to set the stage for more targeted long-term reform.

This could include building social security programs for informal workers, that not only provide universal benefits including pension and insurance, but also recognize the needs of women workers including maternity benefits, child grants and fixed hours of work.

In year 2020-21, the MNREGA program supported 10.98 crore persons, more than 53% of whom were women. However as emrolment of women is declining, drives that specifically target women workers would help in increasing their enrolment numbers. There is also a need to increase the guaranteed work days and expand the coverage to urban areas.

The Deendayal Antyodaya Yojana-National Rural Livelihoods Mission (DAY-NRLM), a poverty relief program of the Central Government that seeks to create institutional platforms that enable the rural poor to increase their household incomes through sustainable livelihood practices, and better access to financial services, needs to focus on supporting the economic recovery and resilience of women workers and their collectives.

But given the continuum of unpaid and paid work, there is a need to recognize all aspects of women’s work and women in the world of work. There is a need to reduce the burden of care work – many aspects can be socialized. Ultimately we cannot escape the need for re-distribution of the care work burden between men and women. This calls for a campaign that can change mindsets and values. The first step is to acknowledge that women work more then men. And then to take steps to ensure there is gender equality in the world of work.