“The floods that hit our state last year were catastrophic. Several families lost their loved ones. There was also a huge loss caused to our livelihoods and infrastructure,” narrates Manju Kumaram, 37, from Chinnaparrakudi village in Adimali block of Idukki district, Kerala.

Kerala, as we would remember, had to battle a major disaster in 2018. More than 400 people lost their lives in what turned out to be the worst flood hitting the state in almost a century. The havoc caused by floods and landslides displaced lakhs of people and hugely damaged the state infrastructure. Besides, several thousand hectares of crops got destroyed in these devastating floods.

In the immediate aftermath of floods, ActionAid Association’s humanitarian response team, with support from allies, and together with the courageous support of numerous volunteers, conducted a rapid needs-assessment in the four districts of Idukki, Wayanad, Alappuzha and Pathanamthitta. More than 2,500 families were, thereafter, provided dry rations, hygiene kits, shelter kits, clothes, water purifiers and education materials. 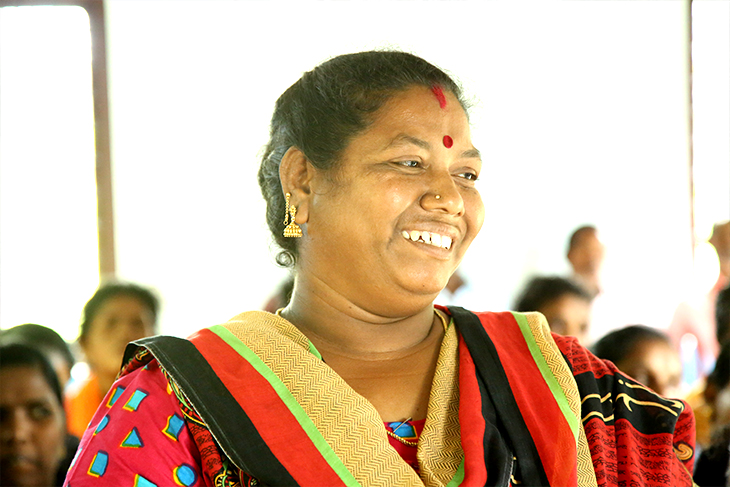 Hailing from the Mannan tribe, Manju Kumaram, mother of two and a leader of Chinnaparrakudi’s women’s collective, clearly remembers those nightmarish days and nights that had badly affected her family, her village and her community. “Our crop got destroyed and the sources of livelihood of our fellow villagers were badly affected,” she recalls. “We felt devastated. For several days, we were completely clueless and didn’t know how to bring our life back on track,” she further adds.

With long-term recovery in mind, ActionAid Association, with its allies, swiftly initiated the assessment of rehabilitation needs of the worst-affected and most vulnerable families. With a view to supporting communities to rebuild their lives and livelihoods, ActionAid Association, with support from Oracle and Charities Aid Foundation (CAF), decided to intervene in two Panchayats of Idukki, namely Adimali (in Adimali block) and Mankulam (in Devikulam block). As part of its efforts towards livelihood restoration, ActionAid Association started distributing seeds and other agricultural inputs to the affected households in these Panchayats. Furthermore, the intervention in these Panchayats comprised the repair/reconstruction of community infrastructure – anganwadis, schools and a community hall, damaged by the floods and landslides.

In the village of Chinnaparrakudi, 41 worst-affected families were provided assistance in the form of a wide variety of saplings, chosen to suit local ecology and climate, cash support of Rs. 1,200 each and a training on organic farming. “The timely assistance received was extremely useful for all of us in the village. The plants and vegetables that grow when we cultivate these saplings will not just be used for family consumption; the produce will be sufficient enough to be sold too, thereby enhancing our incomes,” shares Manju.

Furthermore, ActionAid Association, Oracle and CAF also repaired the damaged community hall in this village. “This is the only community hall our village has. All Gram Sabha meetings and trainings have been taking place in this building. Due to the damage, rainwater used to seep in, causing us trouble during the meetings,” recollects Manju. After the hall’s recent repair however, villagers are happy. The hall is now in good shape and all programmes happen smoothly. “On behalf of the entire community, I’d like to thank ActionAid Association, Oracle and Charities Aid Foundation for standing by us in our hour of need. This timely support is immensely helping our village to bounce back,” says Manju with a smile on her face.

This village, home to nearly 300 families, now hopes to see the community centre expand to house larger numbers of people, such that weddings and other major programmes can be organized there too. Some other support that this village seeks now is a health centre, street-lights for safety of women and children, and better road connectivity! And the community members are unitedly acting on it too, determinedly raising these issues with the relevant government officials.

Not too far from Chinnaparrakudi is Thalanerappankudi, a village inhabited by the Muthuvan tribal community. Thalanerappankudi was also greatly affected by floods and the landslides that followed. ActionAid Association, Oracle and CAF provided support in this village by repairing community infrastructure – an anganwadi and a school. The anganwadi, besides repair, also saw the construction of a bathroom. “The anganwadi is fully functional now, providing a safe and healthy space for children in the village to learn, play, eat and socialize,” says Shyja, the anganwadi teacher. A few kilometres away is a Multi-Grade Learning Centre (MGLC) school that saw severe damage in the wake of floods. It required wall as well as roof plastering, boundary wall repair, repair of three bathrooms and a kitchen, and repair of plumbing and the electrical wiring. Following the intervention by ActionAid Association, Oracle and CAF, the school is now running fine too, and students are able to regularly attend the classes.

At some distance from Thalanerappankudi and further remote in terms of location is Kattamudikudi. This village was also hugely affected by landslides. Responding to the needs of the community members here, ActionAid Association, Oracle and CAF distributed saplings to 30 worst-affected families and provided them cash support, besides organizing a training on organic farming for them.

“Agriculture is the primary source of livelihood for the 63 families from Muthuvan tribe living here. With their fields and crop all damaged by landslides last year, they needed support to get their lives and livelihoods back on track,” shares Ramaraj, 57, a local community leader, while taking us around in his fields. “We thank ActionAid Association, Oracle and Charities Aid Foundation for their timely assistance,” he says, with a smile, as he and his wife take us deeper into their fields to show us the elaichi they have cultivated and the hot furnace in their house that helps them dry the elaichi. “Raw elaichi sells in the market for just Rs. 400 per kg, while when dried, it brings us Rs. 2,700-Rs. 3,000 per kg,” mentions Ramaraj, as he points towards the furnace.

Expressing hopes now for a much better future for her family, Ramaraj’s wife, Pabizhakodi, says, “Practicing organic farming that we have recently learnt will now help us grow healthy, nutritious vegetables and fruits, besides further enhancing our income when we sell the produce in the market.”

In total, ActionAid Association, Oracle and CAF have provided 237 families from 13 villages of Idukki with agricultural support, besides supporting the repair of five anganwadis, five schools and one community hall in the district.