Odisha is braced to face a cyclone for the umpteenth time, have we used our learnings from previous such experience.

Preparations of any emergency must start much before the disaster strikes. In the panic of cyclone or flood, we make major mistakes. The capacity building of the community especially of women for disaster preparedness therefore need to begin much before the disaster season starts.  This kind of emergency needs preparedness both at household level and government level. At the government level most important is village level preparedness. We need to have a proper plan for this and everyone should know their role and responsibility. At the state level already the administration has done well in deploying the National Disaster Response Force (NDRF) and Orissa Disaster Rapid Action Force (ODRAF) teams, giving clear responsibility to senior officers. At the District level we saw things moving, though we did not have the kind of infrastructure and human resource that is needed in such a situation.

ActionAid Association under the leadership of its Odisha Regional Office has intervened in all major humanitarian situations arisen in the State in the last many decades. With solidarity support from the Motorola Solutions Foundation, the charitable and philanthropic arm of Motorola Solutions, we have in recent months provided Disaster Risk Reduction training to 1,105 women leaders from 27 villages of Jagatsinghpur and Ganjam districts of Odisha. The teams are in place on the ground to respond to the situation. I was part of the team the travelled to the areas where Cyclone Fani is to land to survey the ground situation. This is what I found.

On 2nd May 2019 we visited Tandahar village in Astaranga block in Puri district where people have not moved to the cyclone shelter in their village which is very near to the sea, less than a kilometre. Instead they have been accommodated at a nearby school – Bateswar High school, Balidukan which is about 11 kilometers away from the sea. The school so far had 500 people and cooked food had not yet been served although people were there since the morning. The school had two toilets which were woefully inadequate to serve the evacuees. Uprooted from their village the evacuees did not know what they need to do and with whom they could coordinate. This was despite that the villagers from Tandahar had been displaced four times before because of incursion of sea water during previous cyclones.

We need to give priority to the most vulnerable – including persons with disability, old aged, single women, persons with serious illness and so on. There should be a mapping of the vulnerable populations and especially single women, aged persons, people with disability, children, and pregnant women. Prioritization needs to be done accordingly in rescue and in providing support for their specific needs. These populations should be involved in the disaster preparedness committees and further linkages with social security. They must be given priority in evacuation, relief and rehabilitation. We also need to ensure that these people have food, clothing and basic services including toilets.

Women, children, and the aged  taking shelter at a Bateswar High school, Balidukan in Astaranga Puri, did not receive any prioritization for food and toilet access within the shelter although they had been evacuated very early. Women especially told us that since their village Tandahar has been displaced four times, they want the government to forsake short measures and rehabilitate them permanently in a safe place. Women were very tense since some of them have not secured their livelihood and feared for the safety of their belongings back home.

Not only that the compensation amounts of these vulnerable sections should be higher than the normal. This might require changes in the relief code. Odisha Government hiked the death compensation amounts to Rs 10 lakhs in Titli cyclone. However this needs to be systematized. Invariably in all cases we have found that after initial evacuation and relief, after media attention on the cyclone wanes down, the rehab work is inordinately delayed. Two years after Phailin cyclone in Odisha, when we were doing a citizen’s report, we found the subsidies for fishing boats and nets and compensation amount are yet to be disbursed in Ganjam. Similarly the housing compensation amount for Titli cyclone has not reached persons with disability when we did a citizen’s report a month back.  We need to focus on a fast and prompt rehabilitation process through a single window (within 6 months) fast track system. This step will prevent tremendous distress and the resultant forced migration among disaster survivors.

We need to have through preparedness plans at the village level. These preparedness plans need to be prepared by a village level committee which should be comprised of 50% women and vulnerable section as mentioned above. These plans need to be sanctioned the village panchayat and should be shared with the district emergency officer who can take adequate steps to address the situation. After preparing the disaster preparedness plans post Phalin cyclone, in Biripur village in Ganjam, the Dalit women in the village realized that they need a cyclone shelter at their place because they cannot travel far in case of evacuation. Fortunately their pleas were heard and they finally had their shelter in their village. In, the need for construction of cyclone shelter was identified during the initial plan. The task force members – women leaders and PRI members had a discussion with the district administration and as a result the cyclone shelter been constructed.

There is an urgent need to create child friendly spaces and involve children to contribute to the resilience building process and ensure child friendly safe schools through the development of safe infrastructure that is resilient to any disaster.

The children we met in Bateswar High school, Baliduka/n in Astaranga Puri mentioned above did not have a designated place to play and reads. They did not have food since morning and they had no books to read because they have left all these study materials back at home. There was no one to look after them since the parents themselves were running around for food and other basic necessities. Creating safe spaces should be a long term work to address the issue of safety of women and children in disaster as well as in other normal time of use of those institutions.

Let’s hope that this cyclone has negligible impact and people bounce back to normalcy as soon as possible. 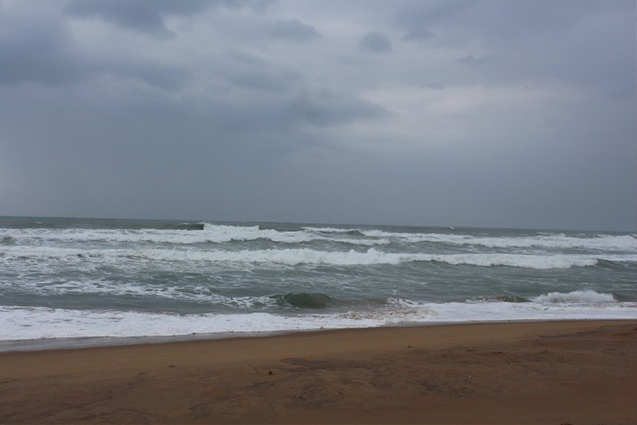 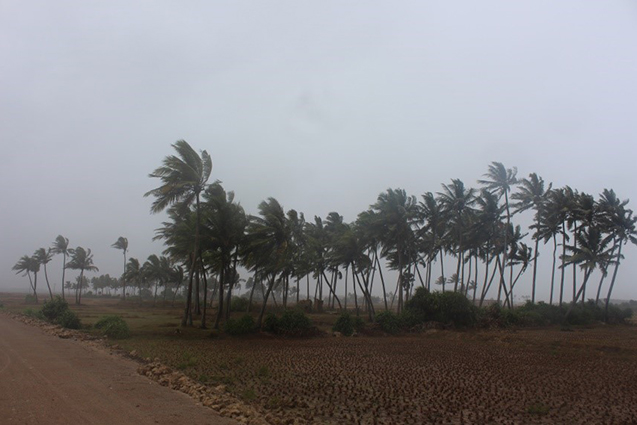 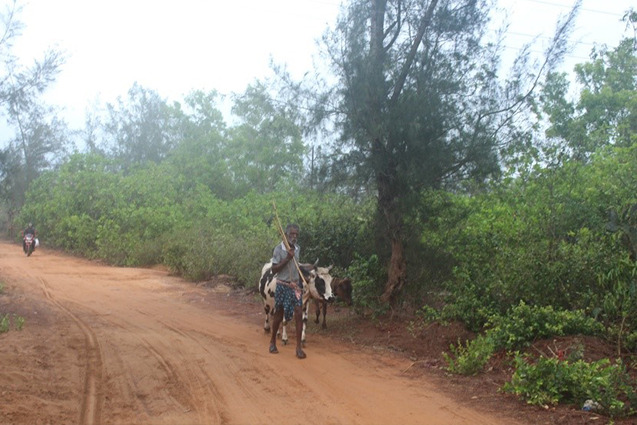 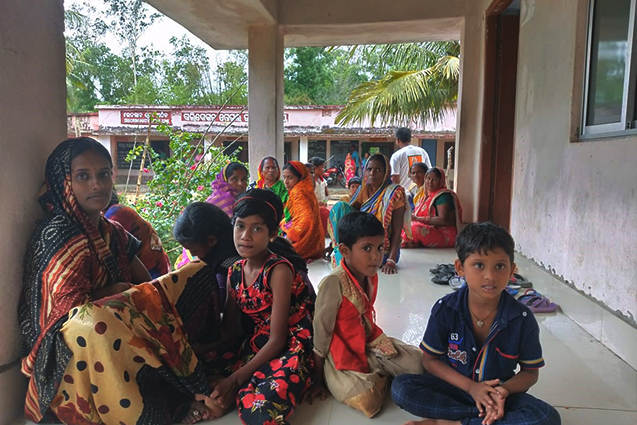 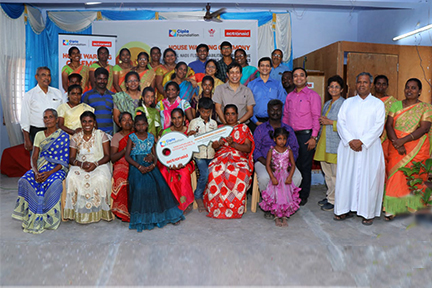 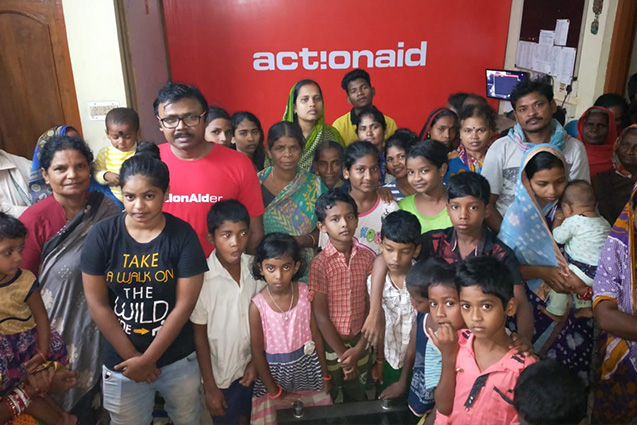 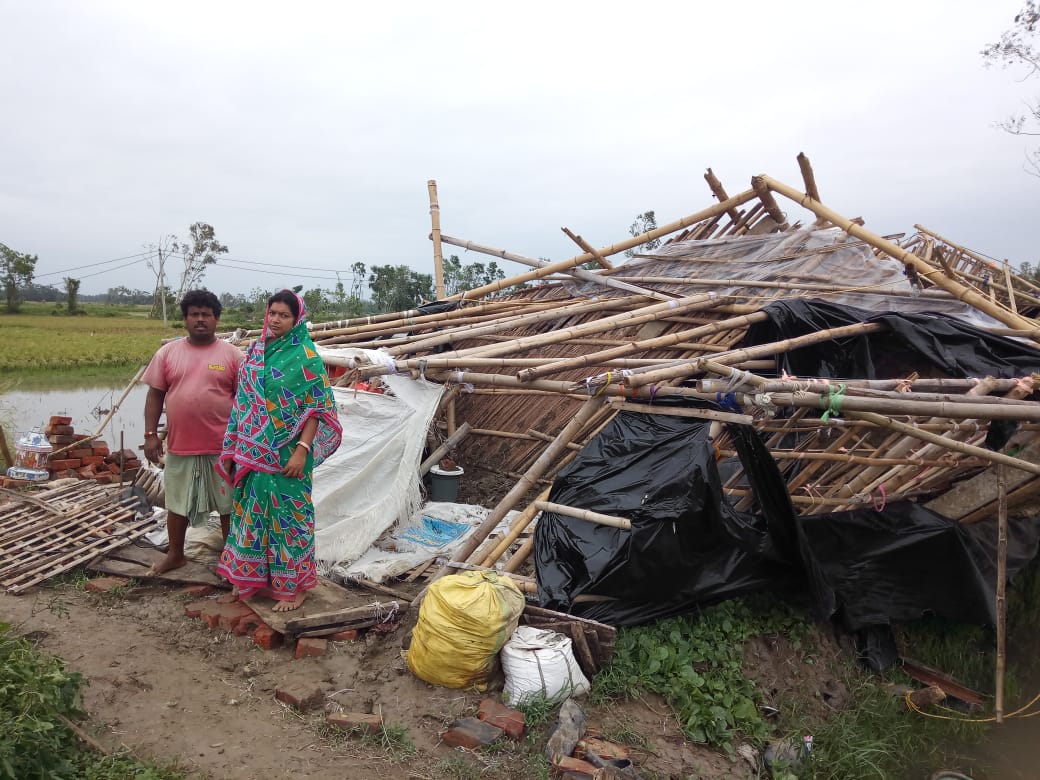 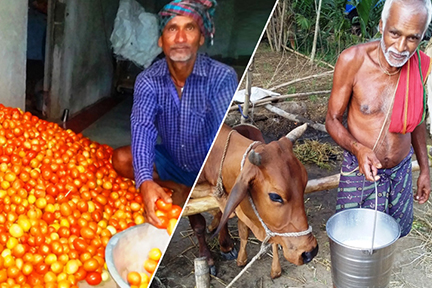