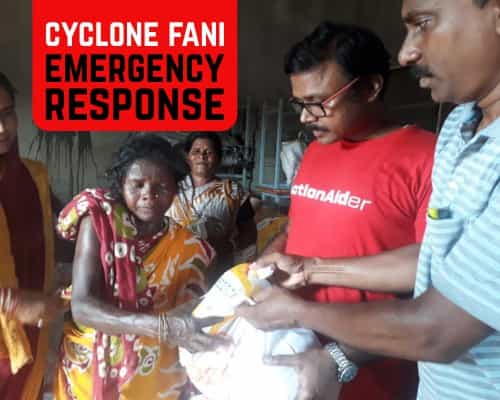 The estimated losses due to the devastation caused by Cyclone Fani stands at a staggering Rs, 12,000 crores, according to the Government of Odisha. The extremely severe cyclonic storm severely affected 14 districts in Odisha comprising of 18,388 villages. More than 5 lakh houses were damaged affecting more than 1.5 crore population. 64 human casualties have been reported so far.

ActionAid is responding to the emergency on a high priority.

Thanks to generous contributions from supporters, ActionAid Association has been able to provide emergency relief items to more than 2,500 families in Bhubaneswar and Puri who were severely affected by the storm. Our relief items include dry food rations, mosquito nets, aqua tabs for disinfecting water, sleeping mats and bedsheets. Furthermore, we have distributed educational kits to 500 children of affected slum-dwellers in Bhubaneswar. We will soon be distributing hygiene kits as well.

ActionAid Association’s team and its allies have been working at the ground zero before Fani made landfall, supporting the state government during the evacuation of locals and spreading early warning measures with local communities. 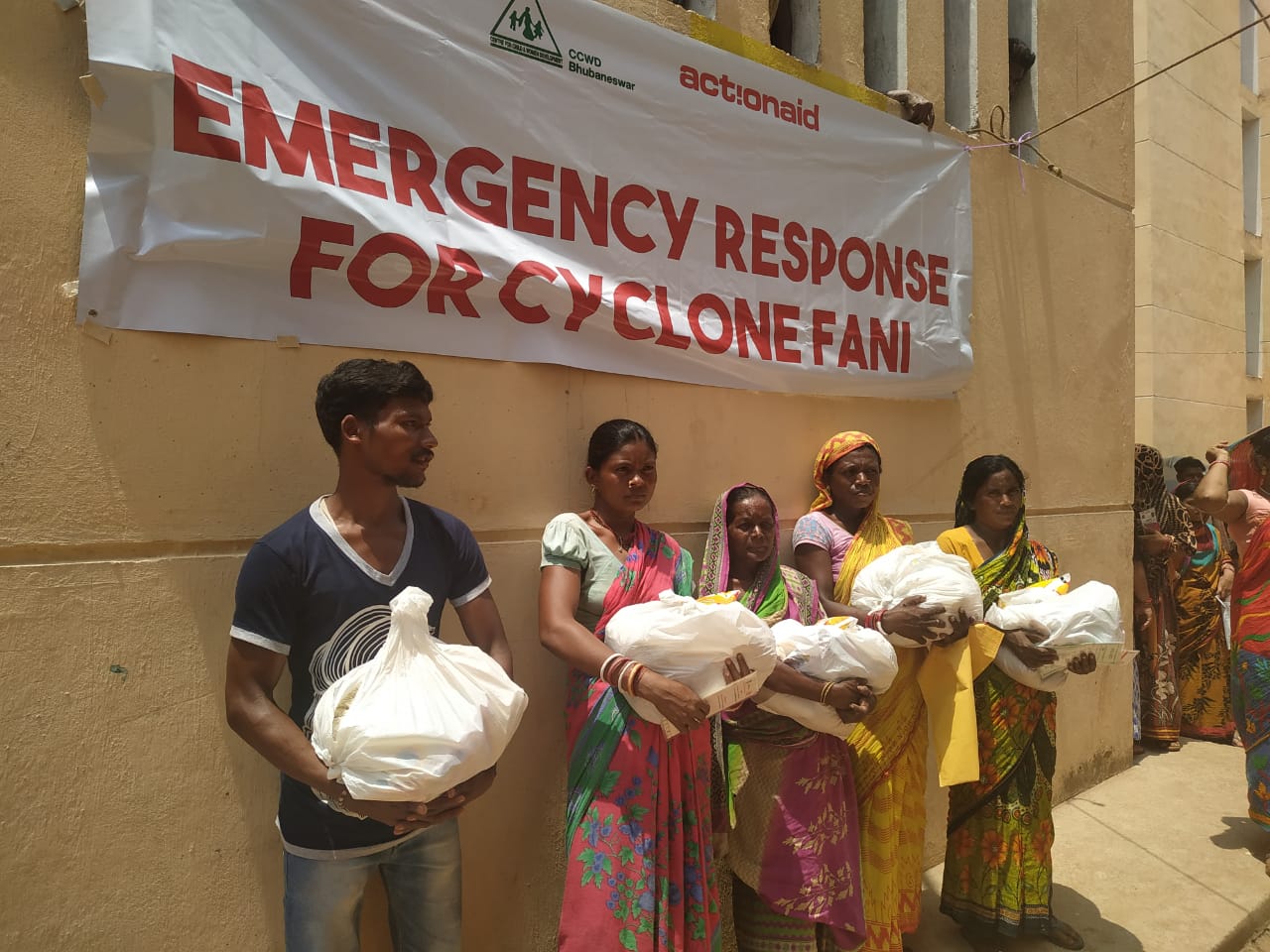 We have been involved in all major emergency responses in Odisha, including the Odisha Super Cyclone (1999), Cyclone Phailin (2013) and Cyclone Titli (2018) and now Cyclone Fani (2019)

We are currently undertaking an assessment to provide rehabilitation support to the affected families, especially with regard to repairing of houses and restoring their means of livelihood.

With the monsoon just around the corner, the biggest priority now is to rebuild the houses of families which have been severely damaged by the cyclone. The situation is expected to get worse as many more lives will be at risk unless swift action is taken. 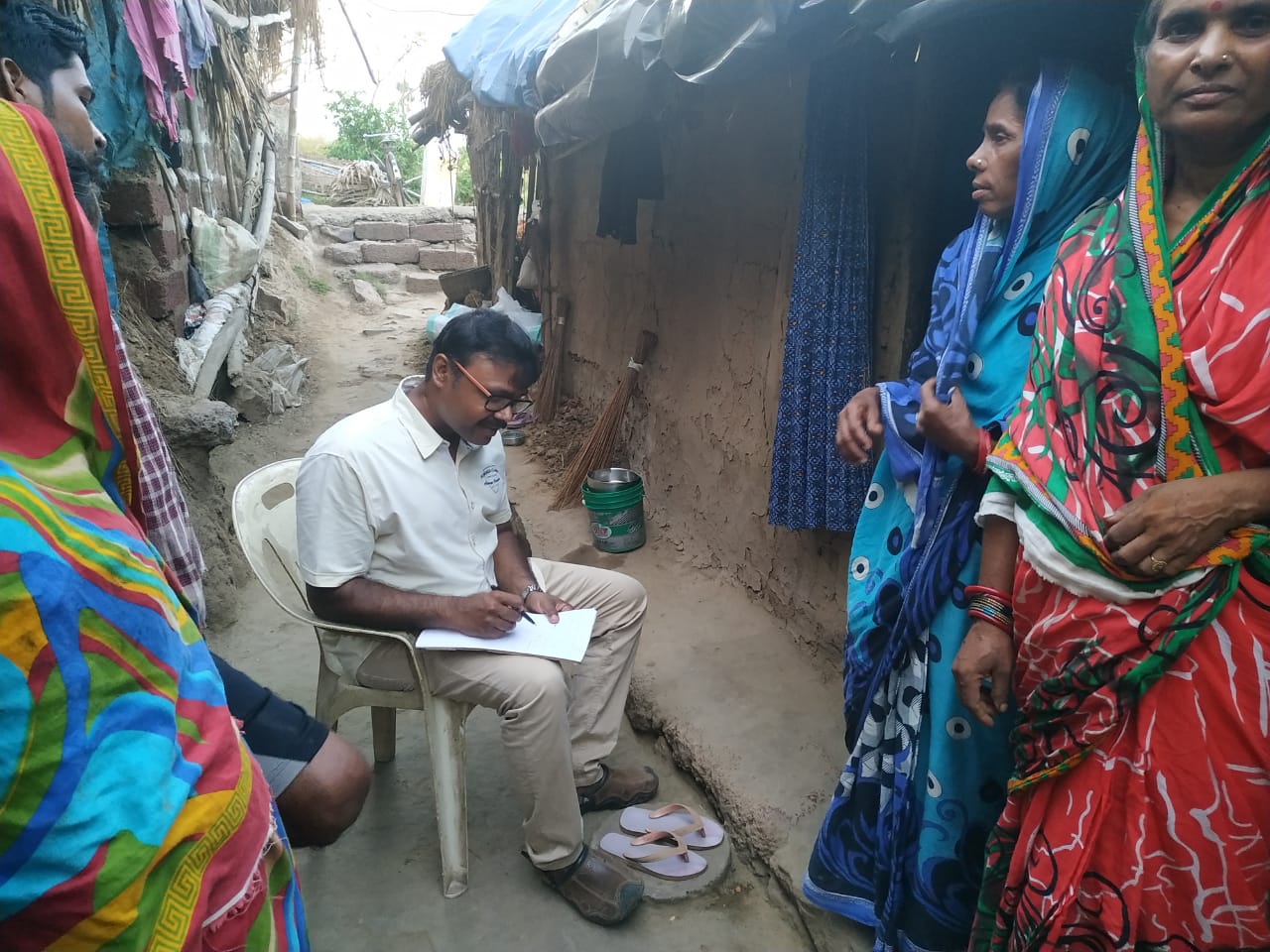 We appeal to you to support our response to Cyclone Fani and help the families affected by the storm. Your contributions would support the rehabilitation of poor and vulnerable communities whose livelihoods and property have suffered damage during the storm.

All Donations to ActionAid Association including online donations are 50% exempted from tax under u/s 80G of IT Act 1961.

For any queries or questions, please call any of the numbers below:

or email us at fundindia@actionaid.org. 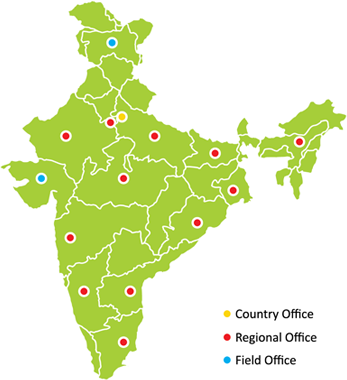 WE WORK IN 317 DISTRICTS, INCLUDING 134 MOST BACKWARD DISTRICTS OF INDIA.

ActionAid India has been working with poor and marginalised people in India since 1972. We work in 25 states and one Union Territory reaching out to over 8 million people every year, those of whom belong to the most marginalised and excluded groups.

Thank you very much for your interest in Child Sponsorship. By opting for direct-debit through your credit card, you are ensuring uninterrupted support to your child.

Your donation amount will be deducted at your chosen frequency and on your preferred debit date. At any time, you can stop your donation by writing to us on fundindia@actionaid.org or calling us on our toll free number 180030701017.