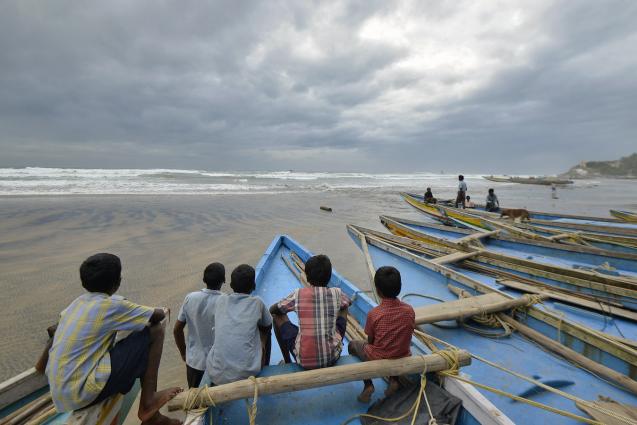 Cyclone Hudhud pounded the eastern Indian coast on October 12, 2014, causing extensive damage and prompting evacuation of some 350,000 people in Andhra Pradesh and Odisha. The category 4 tropical cyclone, which had its landfall in Visakhapatnam, left a trail of devastation in north coastal districts such as Srikakulam, Vizianagaram and East Godavari. In Odisha, the districts of Gajapati, Koraput, Malkangiri and Rayagada were also the worst affected out of the eight districts hit by this cyclone in the state.  According to the government of Andhra Pradesh, the cyclone had not only claimed 61 lives and injured 43 others, but also affected 20.93 lakh families across the state.

While the visible damage was to the infrastructure like roads, buildings and the green cover, the worst affected were the ones living nearest to the coast, the fisher-folk, who are dependent on the sea for their survival. They lost their boats, nets and other fishing material. Poor people living in thatch ed and semi pucca houses in slums and villages were severely hit and they lost their shelter as well as livelihood.

In the span of 2 months, they could reach out to more than 5000 people in 24 villages and 11 slums.  The affected were supported with immediate relief assistance such as cooked food, dry ration, clothing, education kits, first aid and livelihood support.

Immediate and early recovery support to the affected families:

Besides, all our allied organisations had actively participated in many pre and post cyclone meetings conducted by district collector, the minister and various departments and negotiated: