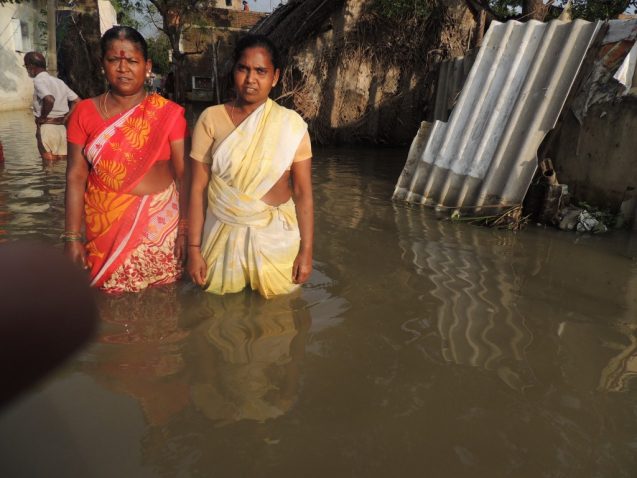 Incessant heavy rains in late November and December 2015  triggered a massive flooding  affecting an estimated 1.8 million people living in the districts of Chennai, Cuddalore, Kanchipuram, Tiruvallur and Tuticorin in Tamil Nadu and in the Union Territory of Puducherry.  At least 470 people were killed while more than 40,000 were displaced in the deluge. The floods left a trail of destruction and untold misery and pushed marginalised and vulnerable groups of the society further into abject poverty.

As soon as the flood waters started receding, we began our response by providing immediate relief to the most marginalised communities like Irula tribes, arunthathiyars (Dalit community mostly manual scavengers), single women, and women with disability, transgender community, salt-pan workers and fisher folk communities. In the initial period we were able to reach out to more than 10,105 families within a short span of time. 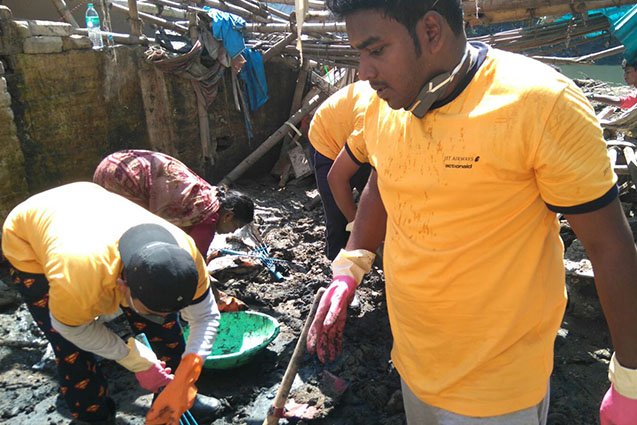 The response plan was discussed, designed by the community and led by women groups. The team made up of allied organisations,  ActionAid colleagues and volunteers, facilitated discussion in a participatory process. The voices and views of the most marginalised and vulnerable were heard and taken into account while emergency response is being carried out. The following strategies enabled implementation of the programs: 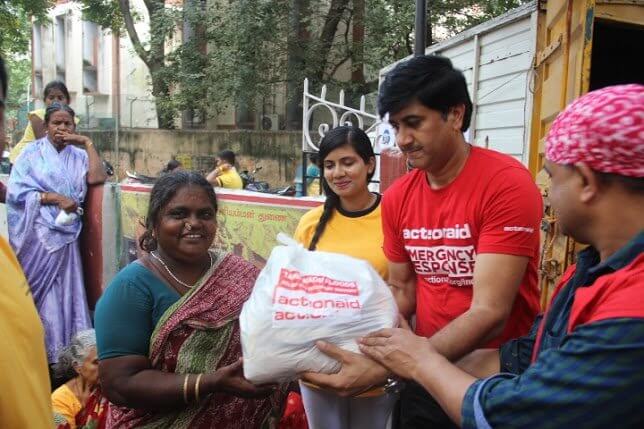 Relief kits are being distributed among flood affected families

Following our first phase of response, we moved into our more focused and targeted rehabilitation and recovery efforts, which included repairing and reconstruction of damaged houses  and providing livelihood support to those in need.

After consultation with the affected communities, ActionAid India decided to build and repair shelters for hundreds of families whose houses have either been washed away or damaged by the floods. Work is ongoing and as on June 2016, we have been able to provide support for the repair of 679 shelters and have repaired or reconstructed 453 shelters.

As part of our efforts to rebuilding lives,  we have also initiated skills training programmes and distribution of aid items to 3,589 women to revitalise business and in case of women with disability to facilitate their mobility and access. 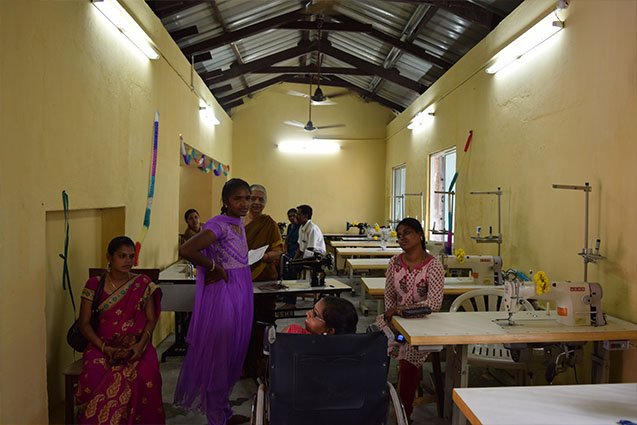 A total of 300 women with disability have benefited with the provision of items such as hearing aid, crutches, reading materials in braille, wheel chairs, tricycles. They have also gained skills in embroidery, mural art painting, tailoring, paper products, etc.

In the process of providing rehabilitation we enabled women to create a space for themselves by participating in community committees that were set up in every project and made in charge of project implementation, beneficiary selection and project monitoring. A total of 217 women have been active in community committees.