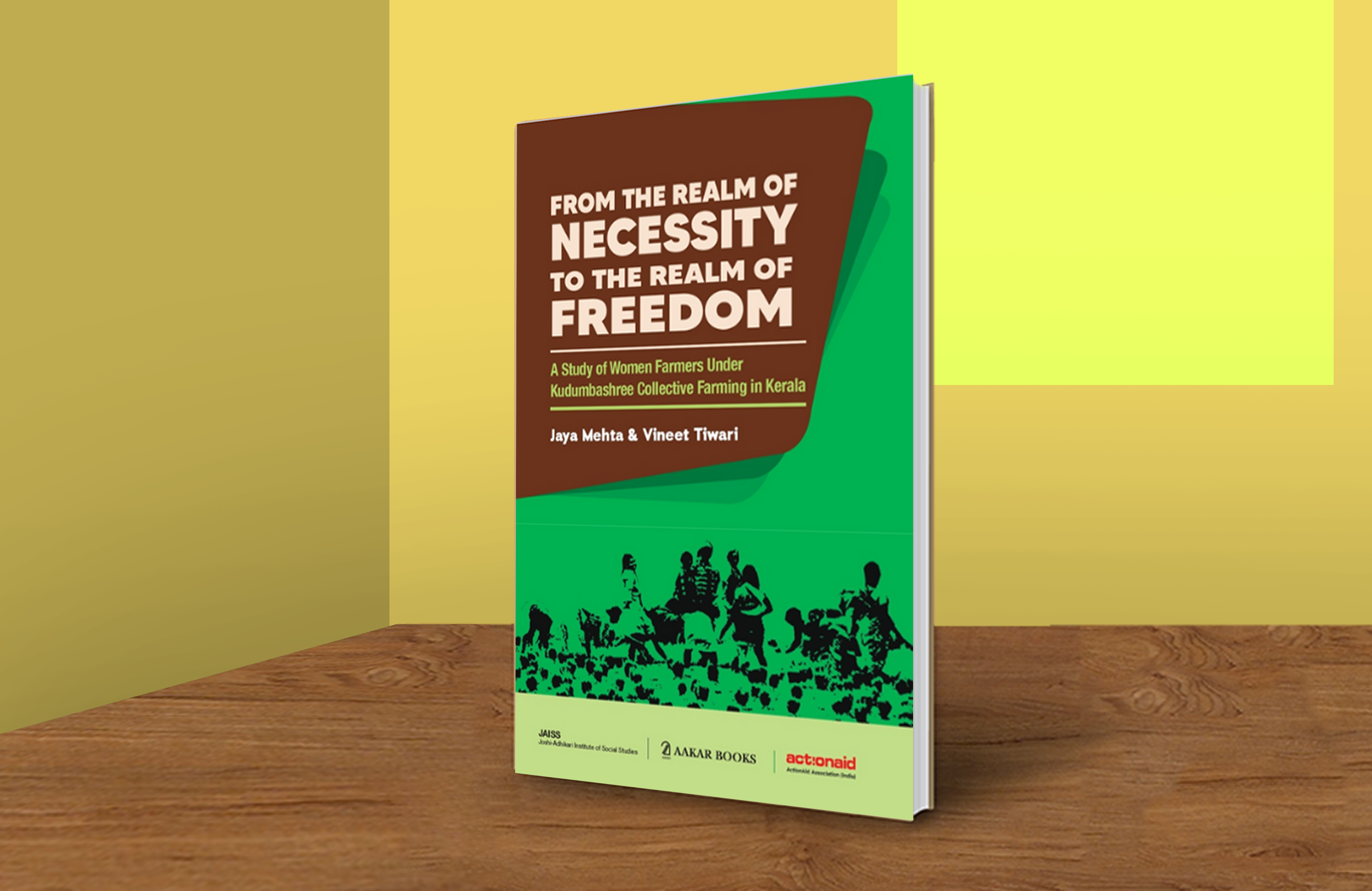 A Study of Women Farmers Under Kudumbashree Collective Farming in Kerala

Kudumbashree is a novel endeavour. It began in 1998 as a poverty eradication programme of the Government of Kerala focussed on women from poor households and their collectives.

Two decades later, it is much more than that. And it has a message which goes far beyond the environment of its genesis. The protagonists in this great leap forward are the women themselves.

The book is based on a detailed study of collective farming by women’s groups – a prominent programme of the Kudumbashree Mission. What unfolds in 300 and odd pages is a scholarly and, at the same time, a deeply empathetic narrative. It places the story of the experiment in the context of its social history. It analyses the political economy which has enabled and shaped this unique experiment.

It collates and analyses data. It nurtures case studies. It enters into a dialogue with the living characters who constitute the agency of this movement. It draws lively sketches. It is rich in its analysis of the particular. It is bold in its message which is far more general. And also contemporary.

Its relevance goes far beyond the state of Kerala which has many particularities. But the achievements, the virtuosity and the potential of women working on land in a land-scarce corner of India beckon the agrarian community of India. More so, when the vast masses of small and marginal peasantry and the landless living on land, far beyond the state of Kerala, and in a seemingly better off set- up are going through an unprecedented existential crisis.

It rightly points to the truly revolutionary potential of the Kerala experiment.