Change by women, of women and for women, in Nalanda 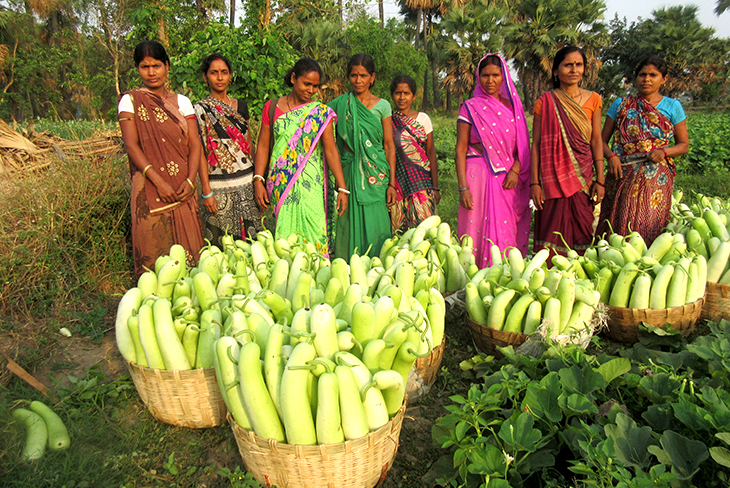 Nav Bihar Samaj Kalyan Pratisthan Kendra (NBSKPK), Bihar, has had a long and successful history of working with ActionAid Association for the rights of women. NBSKPK has been changing the power structures in its communities by building organisations and alliances of the marginalized for over 10 years. Its primary focus has been to support the women of Mahila Ahikar Morcha (MAM), a women’s forum, across 80 villages of twelve panchayats over three blocks of Nalanda district in Bihar. More than 12,000 families and a total of 70,000 people are estimated to have been directly benefited under the initiative on various issues.

Through collective actions, MAM has been able to address violence against women; and has facilitated strengthening of schools, provision of wage work for women and women’s collective farming. It has also successfully encouraged 67 women to take up leadership in the local governance institutions (Panchayati Raj) in Giriyak and Silao blocks of the district. The women leaders, along with the active and powerful support of women of MAM, ensure that women’s issues and the voices of marginalized women are an important part of transformed and democratized local governance.

NBSKPK’s greatest achievements are the women’s collectives it has nurtured. Last year, on July 16, 2018, a women’s cooperative was registered under the name, Bihar Bahuddesiya Mahila Vikas Svavlambi Sahkaari Private Limited (BBMVSSPL), and has since been actively working towards empowering its member women farmers economically, and also providing a platform and opportunities for leadership to Dalit, backward, and Muslim women. Within a span of one year, 564 members are presently engaged with collective farming and it has been a widely successful model not only providing economic security but also fostering sustainable farming practices and food security.

NBSKPK’s decade of work on women’s rights has also created a platform for women to address delivery of justice in atrocity, domestic violence and dowry cases. They have created collective and effective strategies to ensure fair wages and equal access to wage work for women and have also helped make Mahatma Gandhi National Rural Employment Guarantee Act (MGNREGA) and other government schemes work more effectively and with greater participation by women. NBSKPK has transformed communities in Nalanda to be more just and inclusive on personal, economic, social and political levels since 2008 and is only growing from strength to strength as its partnership with ActionAid Association comes to a successful conclusion this year.