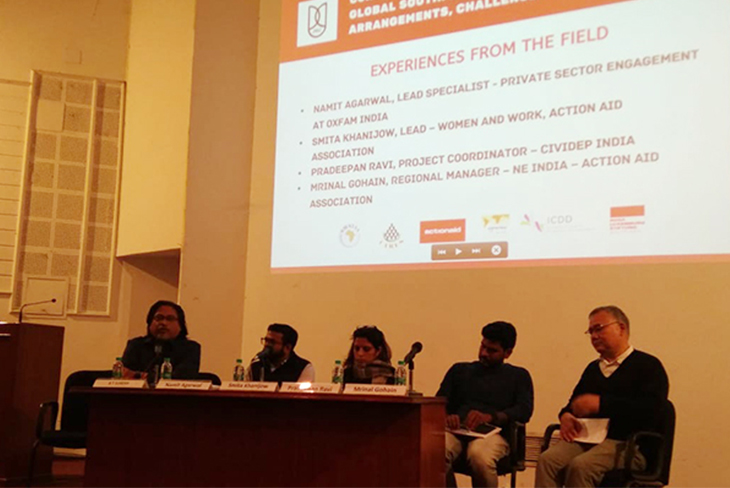 Rich discussions on agriculture systems in developing and developed countries, global agriculture value systems and agrarian distress were engaged in. Participants reflected on factors such as lack of land reforms, corporatization of agriculture, and international trade and the effect that they have had on agriculture in the Global South. They also explored the displacement and impoverishment of farmers and agricultural labour, and discussed reforms that could address these challenges, especially in the context of climate change, including the crucial question of enhancing farmers incomes.

On the second day, ActionAid Association led a panel on ‘Experiences from the Field’. Panel members highlighted the different exploitative labour practices of agriculture and labour in Punjab and Himachal Pradesh, as well as in agriculture-related trades like leather industry. The field experiences also detailed the change in agricultural and other cultural community practices over a period of time in North-East India and how it has influenced the agricultural pattern in the region. The likely impact of business on human rights approach to labour standards in India and the labour code legislations were also discussed in detail.

‘Rethinking Social Sciences with Sam Moyo’ was also launched at the event. The book honoured Sam Moyo, an intellectual and activist who has made immense contribution to the field of agrarian studies. Friends and collaborators remembered Sam Moyo as they celebrated his life and work.