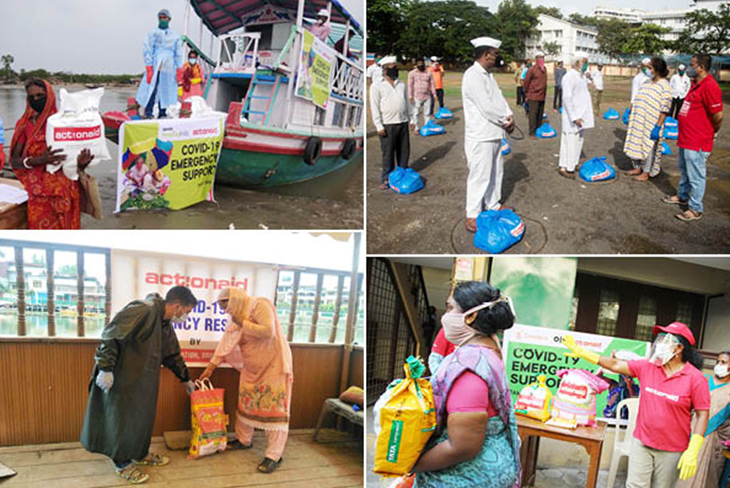 Since the COVID-19 pandemic broke out in India in March this year, leading to a massive humanitarian crisis, our teams have been on the ground, tirelessly supporting those in need. Reaching out to marginalized communities across states who suffer disproportionately, our response to this unprecedented crisis has been multifaceted. In the immediate aftermath of the outbreak, we started sensitizing communities on maintaining hygiene and taking precautionary steps to prevent the virus’s spread. Where possible, we worked with State Governments and local administrations.

We could bring succour to more than 77 lakh individuals across 24 states and one Union Territory. We either directly provided or enabled access to relief materials provided by the local administration. With volunteers and community-based organizations, and working with local administrations, we focused on those who were worst-hit. Our COVID-19 relief efforts targeted people dependent on the informal economy, Dalits, Muslims, particularly vulnerable tribal groups, de-notified and nomadic tribes, and other vulnerable groups, focusing on women and children.

We have provided grounded inputs from vulnerable communities’ perspective to the various policy and programme processes of Union and State Governments. Earlier this year, as part of our response, we had reached out to the COVID-19 Economic Response Task Force, led by the Finance Minister, with our suggestions. We also offered all support to the High-Level Committee for Engagement of Private Sector, International Organizations, CSOs/NGOs and other Development Partners constituted by the Government of India, under the Chairmanship of CEO, NITI Aayog. The NITI Aayog also commended the work done by non-governmental and civil society organizations, including ActionAid Association, as part of the COVID-19 response. Also, we brought out a series of documents titled ‘Isolate. Don’t Abandon’, capturing our recommendations on the most vulnerable groups, for Union and State Governments and the district administrations to consider. These notes aimed to highlight the vulnerabilities of informal workers, vulnerable communities, women and children, and to secure immediate and long-term support for them.