Efforts for peace, harmony and development by the youth of Kandhamal 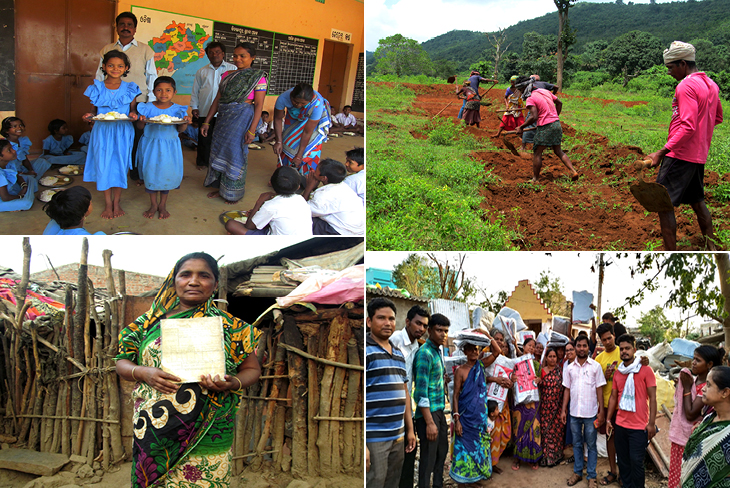 In the aftermath of communal violence in Kandhamal district of Odisha in 2008, a youth mobilization platform called Antaranga was started in the district with support from ActionAid Association and other civil society organizations in collaboration with the district administration. Since then, Antaranga has been working towards mobilizing youth for building peace and communal harmony, and channelizing their energies towards sustainable, equitable and rights-based development of communities in the district. In 2012, Antaranga and ActionAid Association started working together under a longer-term programme for the development and empowerment of tribal and Dalit communities living in Kandhamal. As part of this initiative, we have been supporting communities across 918 villages from nine blocks of the district to access their rights to land; social security schemes; education and other child rights; and women’s rights – all with an aim to ensure them a life of dignity and respect.

Besides facilitating 213 villages to claim community forest rights, we have been able to support 5,737 families to claim individual forest rights so far. Furthermore, 2,743 families have been benefitted through agricultural land and 2,489 families have received homestead land. As part of our interventions to ensure children are able to access quality education, 3,796 dropped-out girls have been enrolled back into school, besides 1,261 children being freshly enrolled. Efforts of Antaranga volunteers have helped make more than 250 School Management Committees functional. In addition, more than 500 remote irregular schools are being monitored, out of which 389 schools are functioning regularly now. We have also been working towards making the anganwadi centres in the district functional to ensure young children receive appropriate early childhood care and education. Well not just that, the Antaranga Balya Bibaha Pratirodh Manch formed in 2016 in Kandhamal with our support – comprising youth and adolescent girls and boys – has already stopped more than 70 child marriages with the support of district administration. Furthermore, over 100 child clubs running in the district have been building awareness on child rights and addressing related issues.

Antaranga and ActionAid Association have also been promoting organic farming and the cultivation of drought-resilient crops in several villages of Kandhamal. As part of our livelihood support, we have facilitated the issuance of more than 4,600 job cards for labour under MGNREGA. Besides, 3,342 women, including 849 single women, have been linked to various social security schemes. Our joint efforts have also been able to establish a district-level single women’s federation to empower them to assert their rights. Antaranga’s other recent achievements include their successful efforts towards ensuring that 12 villages in the district declare themselves untouchability-free. Antaranga volunteers have also been supporting disaster response efforts in other districts of the state, including Cyclone Fani in Puri and Cyclone Phailin in Ganjam.